I always say that not everyone will like every board game, but there is a board game for everyone. I suppose, I should concede that some people don’t like board games at all. Our hobby isn’t for everyone and that’s fine, of course. However, in this article, I want to look at the sort of games that should suit most people. 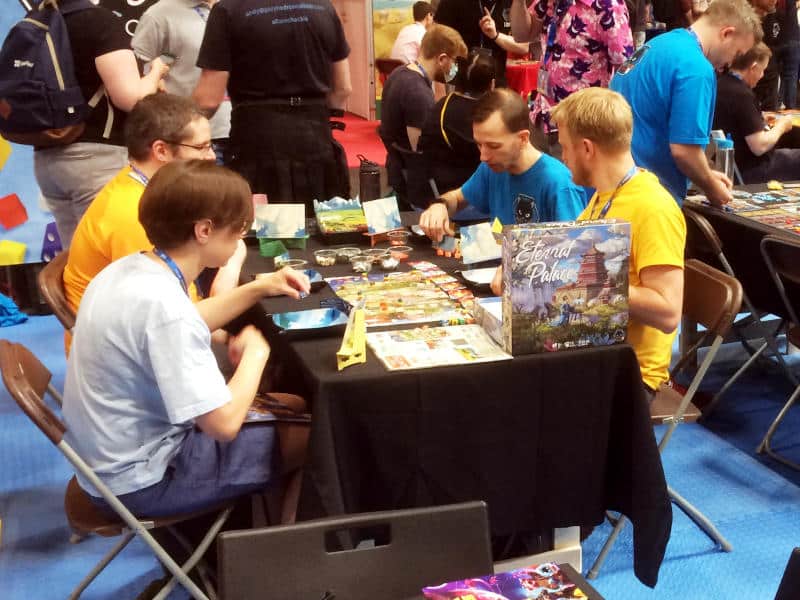 Now, let me say straight away that I can’t offer a magic solution. It’s highly likely that some of the games I talk about in this article don’t hit the spot for you. That’s especially true if you’ve been in the hobby for some time. My article is really more aimed at people who are relatively new to board games.

Board Games for Everyone

So let’s start by thinking about what games that should suit most people might look like. There needs to be a low barrier to entry, which usually means the game needs to be easy to learn. Ideally, it also doesn’t take too long to play, because people are more likely to try something new if they know it’s going to be over relatively soon and they don’t have to sit through hours of playing a game they don’t enjoy.

I also think games that draw you in and absorb you in their gameplay or setting are usually great. If you’re engrossed in something, time seems to pass more quickly, because you’re having fun. However, finding a type of game or setting that will appeal to a wide range of people can be tricky.

Gauging the weight of a game correctly is also not easy. Some family games can be boring for players who want something more beefy, while a really thinky game can feel overwhelming to people who just want something light and entertaining. Yet, I do think there are games that allow different types of players to do what they enjoy, without being underwhelming for some and too much for others.

Finally, components and table presence are also usually important to bear in mind. A game with lovely, tactile tokens is often very attractive. I think we all have stacked wooden cubes or custom meeples or otherwise arranged resources and other pieces into beautiful works of art. Similarly, when a game just looks gorgeous when set up on the table, it’s often a draw for people.

I don’t really want to provide a list of games, but I think it’s easier to illustrate what I mean if I give you some examples.

So a game that has high-quality components, some of which are very tacticle and that looks lovely on the table, while being really easy to learn and relatively quick to play is Libertalia: Winds of Galecrest. The chunky, plastic loot tiles feel nice in your hand and the cloth drawstring bag that you pull them out of just adds another level of tactility. If you want a little bit of fun, you can play this game quite happily. If you’re more of a competitive player, then you can take it really seriously and try and plan the order in which you play your cards. You might even play the game just to create a bit of havoc. The choice is really yours.

Along similar lines is Colt Express. The 3D cardboard train that takes up a large chunk of the table, along with the lovely cardboard scenery immediately draws people in. Sure, it can make it a bit hard to see what’s going on, but it’s still fun to move your meeples from carriage to carriage and on top of the roof. It really helps to visualize how the cards you play will affect the situation. However, as a programming card game, Colt Express will create plenty of havoc and best-laid plans will simply not work out, because someone else did something you didn’t expect.

In fact, a lot of programming games are a lot of fun. They’re not for everyone, I know, but they’re usually easy to learn and quick to play. They also give competitive players a feeling of control, while allowing more casual players to just play for fun.

Of course, games that you play together as a team are also often a good idea. There is no pressure that you have to fully understand every single rule, because you all play and learn together. I guess, Pandemic is often what people think of first, when they’re asked to name a popular co-operative game. I would argue that Forbidden Island is a better game to start with. It’s a great introduction to co-operative games, but pretty much any game from the Forbidden series will be just as good.

The problem is that some people just don’t get on with co-operative games, for whatever reason. That’s where semi-co-operative games are a better choice. You get the benefit of playing and learning the game together, but while some of you will be on a team, one or more other players will be playing competitively. Jaws and Betrayal at House on the Hill are two great examples of games that cater for a wide range of tastes.

In Jaws, one of you plays the shark and the rest of you play four of the main characters from the film of the same name. It’s a one-versus-many game, where you know from the beginning who is on the team and who plays alone. So if you have someone in your group who hates co-operative games, they can play the shark, while the rest of you team up.

Betrayal at House on the Hill is a bit different. You all play together to start with until at some point it switches. At this point, either one of you will be cursed and play against everyone else, just like in Jaws, or you all try to fight each other. So the game is co-operative at first and then switches into either one-versus-many or fully competitive.

So that’s the sort of games I would recommend. They seem to be suitable for pretty much anyone and everyone. However, maybe you can think of some other examples. What games do you think have a wide appeal? Why do you think these games are so good at being suitable for a lot of different tastes in games? As always, I’d love to hear what you have to say. Please share your examples and other thoughts in the comments below.