Growing up in Germany, I started playing traditional trick-taking games like Skat or Doppelkopf from a relatively young age. I’m used to the idea of suits, trump, following suit, taking tricks, gleaning information from what cards others play and much more. Traditional trick-taking games sort of have their own language. So I love to see modern games developing this mechanism further and incorporating it into other mechanisms, creating completely new game experiences. 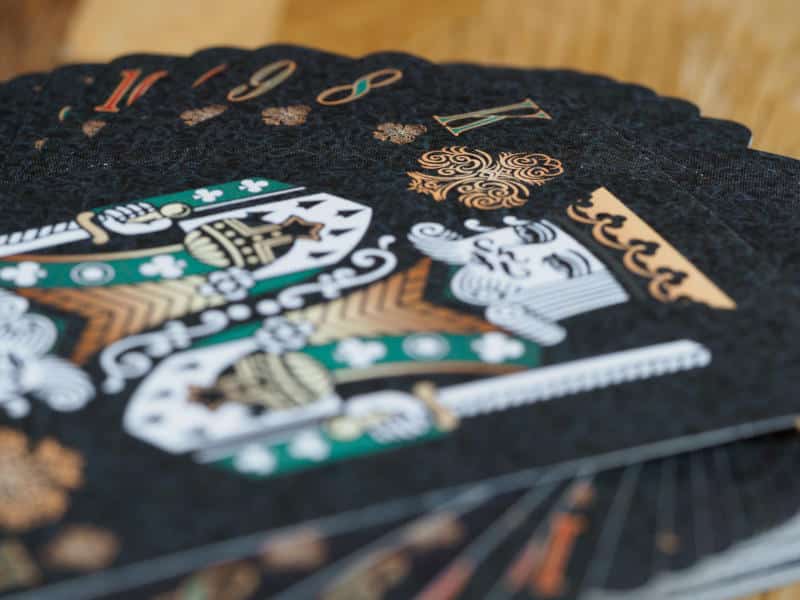 The first cooperative trick-taking game I came across is The Crew. It’s a game that works really well with only two players, but of course, goes up to five players. That meant that I could also use it to teach my games group about trick-taking. As it’s a cooperative game, you are learning together. Officially, you’re not allowed to talk, but for anyone who doesn’t know anything about trick-taking, it makes sense to play your first few games completely openly and talk everyone through why you might want to play in a certain way. Treat them as proper learning games and hopefully, the concepts of trump, following suit and everything else starts to make sense to everyone.

Fox in the Forest: Duet is another great cooperative trick-taking game. It’s for exactly two players and adds special card powers, thereby making decisions about what cards to play when much more interesting. It also means that sometimes a bad decision can be cancelled out by a useful card.

Then there is the myriad of competitive trick-taking games of course. Many of these have a fixed player count, following the traditional approach. As I mentioned before, Skat and Doppelkopf are card games I grew up with and they require exactly three and four players respectively. Vivaldi is a game that I only learned about in the last few years. It has a fixed player count of five and is based on a traditional Italian trick-taking game.

What all of these games have in common is that, you play them over several rounds, usually agreed at the beginning, but often you just decide when to finish as the day or evening goes on. Whoever has the most points at the end is the overall winner. However, even though they’re ultimately competitive games, each round is played in teams. In Skat it’s one against two, Doppelkopf two against two and Vivaldi two against three. While in Skat it’s clear from the start who plays alone against the other two, in Doppelkopf and Vivaldi, nobody knows immediately who they’re playing with. It only becomes clear during the game.

I think there are two really clever ideas here that I would like to see in modern board games: even though there is one winner at the end, you do work together for some of the time and for some of the game you’re not sure who you’re working together with, which means you have to play for yourself, but be ready to help your partner as soon as they’re revealed. The idea that you’re temporarily working as a team creates a really positive atmosphere that other games should try and incorporate.

Trick-Taking Among Other Mechanisms

Some games add other mechanisms to trick-taking. Skull King, for example, adds a bidding phase. Everyone plays for themselves here and it doesn’t really matter if you have been dealt a really good or a really terrible hand. The most important thing is that you correctly predict how many tricks you’ll be taking this round. If you get it right, you get points, even if you only won a single trick or none at all. That’s a really clever twist, in my view.

Other games add a lot of other mechanisms and trick-taking is just an engine that drives a much wider game experience. Just look at Brian Boru, where trick-taking is used to decide which action players can carry out and in what order based on the card they played and whether they won the trick or not. It’s basically action selection via trick-taking. Sometimes you intentionally lose a trick, just so you can carry out the action you wanted.

What’s funny is that on Board Game Geek, Brian Boru isn’t listed as having a trick-taking mechanism. Instead, it says it’s about hand management, which I don’t think properly describes it.

There are also games that feel like trick-taking games, but in fact, they are not. Scout is an example. People think they’re taking tricks, when they play a better set of cards than the current set, but it’s not a trick. Scout is actually a so-called “ladder climbing” game, because all you’re really doing is trying to outbid the previous player with a better selection of cards.

On the other hand, Top Trumps is actually a trick-taking game, be it a relatively simple one. You could say that by selecting a statistic from the card, you’re deciding what the trump suit is and all that then matters is if other players can beat your trump card. If you look at it that way, you’ll find that a lot of people actually have played a trick-taking game before.