It’s been a very long time since I have played one of the classic, German trick-taking games, like Skat or Doppelkopf. My family and I used to play Skat at home a lot when I was in my late teens, early twenties, and I used to play Doppelkopf pretty much every break with my friends in school when I was in my late teens, keeping the session going virtually all day, as one person would leave to get to their lesson and someone else would take their place. I had very much forgotten how much I loved these sort of games, especially the uncertainty in Doppelkopf where you don’t know who your partner is until later in the game. However, when someone bought Vivaldi by XV Games at Spiel Essen this year and brought it to the Gaming Rules meet-up, we had so much fun and all my fond memories flooded back. 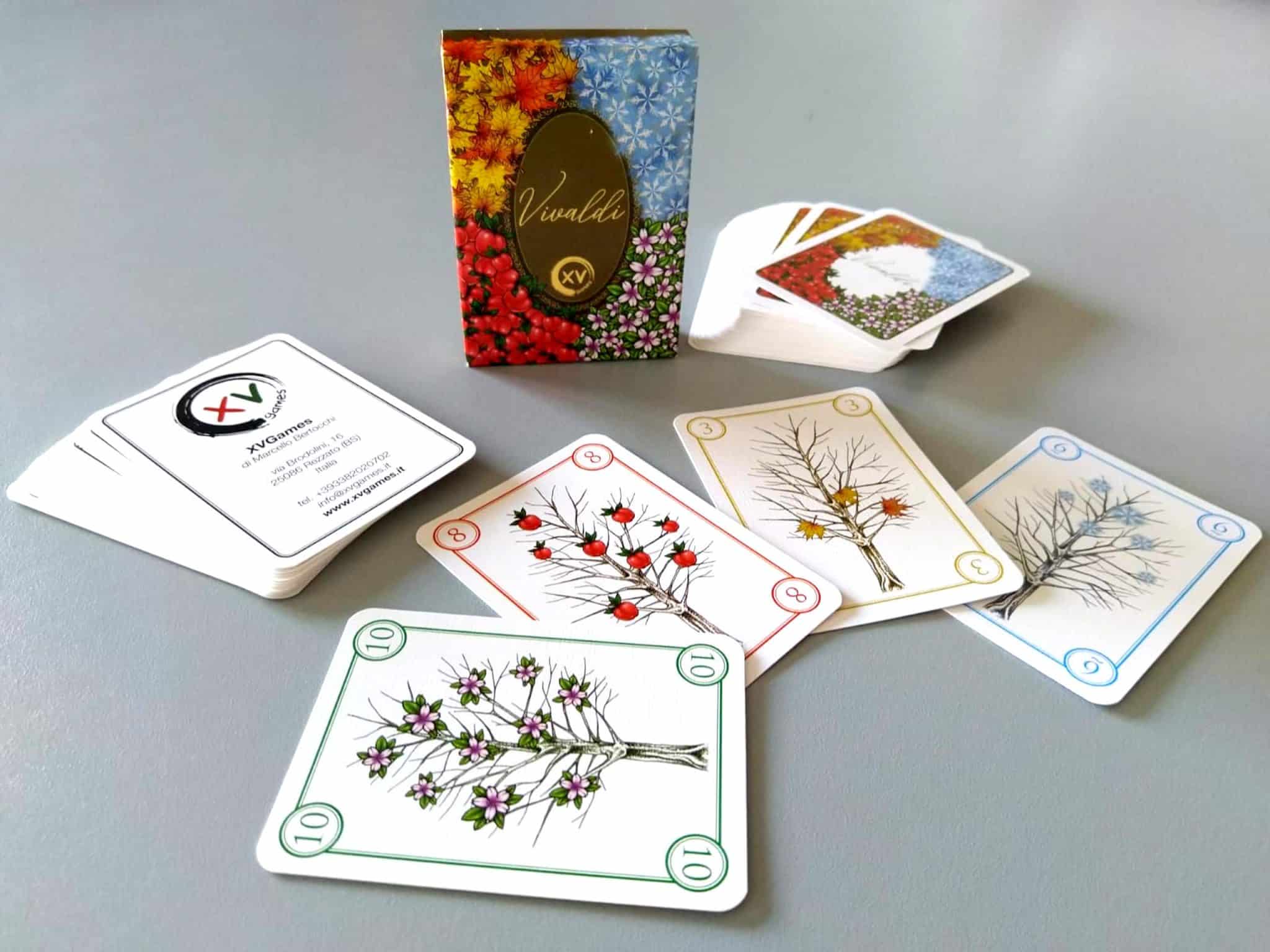 I don’t want to put you off trying Vivaldi, but let me start by saying that classic trick-taking games are definitely not for everyone. That is to a large part due to the fact that you need to remember roughly what cards have been played, at least the key cards in the game, if you want to play well. I find that this memory element is an acquired taste and not something that everyone will generally enjoy.

What makes Vivaldi so exciting and fun for me is that only one player around the table knows who their partner is from the start of each round. The other four players don’t know, meaning that everyone plays for themselves to start with, and the lead player hopes that their secret partner will help the team. As you can imagine, that leads to a lot of table talk and bluffing, where everyone is trying to work out who is on their team and the player who is in the know tries to mislead everyone else, creating confusion for their partner player.

It’s a real balancing act and the player who knows their role from the start has to decide when to reveal themselves or whether to stay hidden. Like in other traditional trick-taking games, it’s all about the strength of everyone’s hands. If you have lots of high trump cards, then you might want to keep yourself hidden until the end, or if you feel your partner is struggling, you want to reveal yourself early so you can help them out.

There is also another twist. Unlike other card games in the same vein, in Vivaldi there isn’t only a trump suit, but also an opposing suit where cards actually count as negative points. So players have to think about when to play their trump cards and when to play the negative ones. It’s never easy to decide whether to spoil someone’s winning trick with a large negative card, because you don’t know if that player is on your team or not.

There are a lot of layers to Vivaldi, which made it so much fun, especially if the people you play with love banter at the table and enjoy bluffing. I want to get a copy of Vivaldi for myself, but I just don’t know when I’ll ever have a chance to have four other people to play with – and that’s probably the only negative for this game. Games that are fixed to two, three or four players are not so much of a problem, but a game that can only be played with five is a real problem for me. However, that might be very different for you of course.

So, if your games group is larger, then Vivaldi is definitely worth trying. It’s a real laugh and a lot of fun.

You can also listen to this review on YouTube.
https://youtu.be/oHRLrX-7s0Q