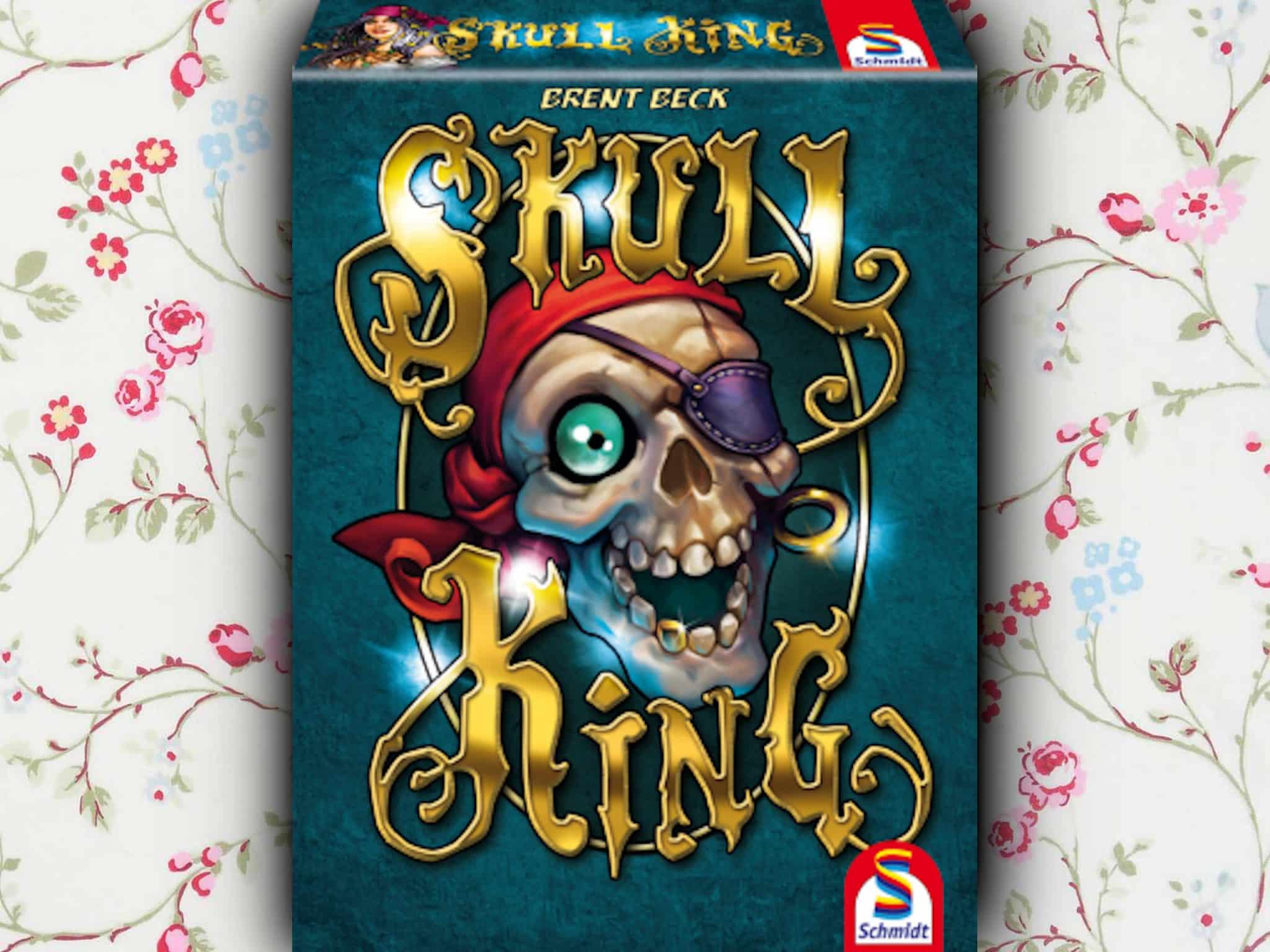 *Update: I have been made aware (thank you Thing 12 Games) that Skull King was published and is still owned by Grandpa Beck’s Games. The reason I mention this is that “grandpa” Beck started the company and now his son has taken it over. So it’s a family company and apparently “grandpa” still uses his personal mobile phone for customer service enquiries, which makes this game even more special than it already is.

The first thing you notice about Skull King is that players only get dealt one card in the first round, which means you can slowly ease yourself into this game and there is very little you have to consider at the beginning. In each subsequent round, the number of cards goes up by one, so the round number is the number of cards you’ll get dealt. That matters, because at the beginning of each round, everyone, all at the same time, needs to say how many tricks they think they will win. If you only have one card in your hand, that’s easy, but as the number of cards increases, you have to think a bit more.

The next point of difference in Skull King is that, even though there is a trump suit, there is an additional hierarchy of cards, but even that hierarchy isn’t linear. So even though there is a card that’s technically the highest trump, the Skull King himself, that card can actually get trumped by another card, the mermaid, which itself is lower than other pirate cards though. Other trump cards are equal to each other, but whoever played the last of those cards to the trick wins it. It all seems very complicated, but there is a wonderful illustration in the rulebook that visualizes what trumps what, so you won’t get confused.

Yet, it’s exactly the fact that different cards have different strength depending on what else was played, combined with how your hand size increases from round to round, which makes Skull King so interesting and fun. Deciding how many tricks you’re likely to get in each round becomes more and more difficult.

At the same time, Skull King feels very much like other trick-taking games, so you will feel right at home if you’re familiar with other games from the genre. A lot of the strategies you would use in other trick-taking games apply here as well. So the order in which you play your hand will be important if you’re trying to draw out other players’ strong cards, allowing you to win a trick with a lower card later on.

There isn’t much more to say about Skull King really. It’s a deck of cards which packs a big punch and creates a lot of fun and laughter, as players are pitted against each other to predict the number of tricks they will win, while others try and foil them, but at the same time ensuring they meet their own prediction. It’s definitely a game worth taking a closer look.