We all know how some games can take a while to set up. Sometimes it’s because there are just a lot of components and different pieces to take out of the box and place on the table. Other times, it’s because you have to sort components a certain way, after they were all mixed together in a previous play of the game. The opposite can also be true, where you have to shuffle tiles or cards, after they ended up all in order when you finished playing the game last time. In this article, I want to look at both: games that sort or shuffle themselves during play and are virtually immediately ready to play again, as well as games that expect you to shuffle or sort components before you can play them again. 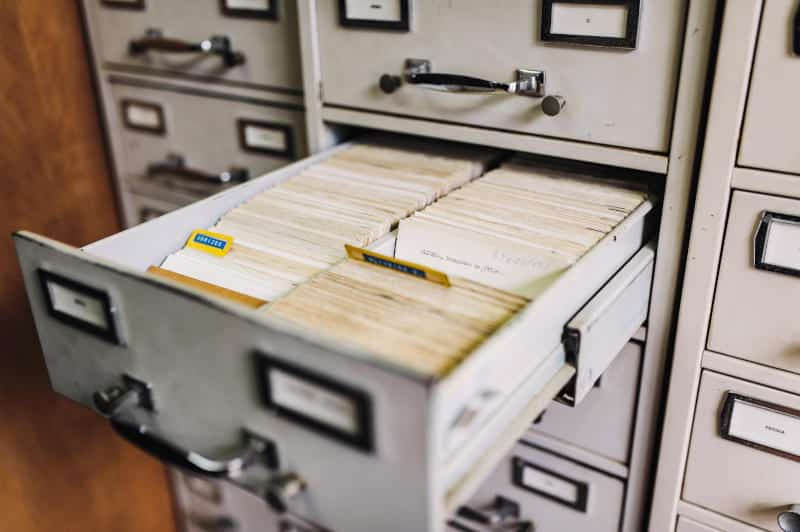 (Photo by Maksym Kaharlytskyi on Unsplash)

Let’s start with some of the popular games that virtually everyone in the board game hobby will know: Carcassonne and Ticket to Ride. In both games, you have to shuffle everything thoroughly, before you can play again, be it the tiles in the former or the deck of train cards in the latter.

When you play Carcassonne, you need to place roads next to roads and city tiles next to other city tiles. Very often monasteries also end up close to each other. So if you were to simply collect the tiles as they’re laid out on the table at the end of a game into a new stack or two, in the next game you would be drawing road after road or city after city or monastery after monastery. It just wouldn’t be random. So what we do, and I think I’ve seen others do the same, is that when we pack the game away again, everyone helps make stacks of tiles by randomly grabbing pieces that aren’t next to each other, ideally quite a way away from the tile you just took, so that the resulting stacks are as random as possible.

In Ticket to Ride you have no choice but to give the train cards a good shuffle before you play again. I often use the pile shuffle method to ensure that sets of same colour train carriages are separated out, before I give the resulting deck of cards a good overhand shuffle, maybe repeating the process a couple of times. It’s just so hard to make sure the cards in Ticket to Ride are properly mixed up.

Brian Boru is a bit like Ticket to Ride, because chances are people want to play the same colour card as the first player, at least if they want to win the trick. So you do end up with same-coloured cards together.

I suppose all set collection and trick-taking games force you to shuffle the deck before the next game or the next round, especially trick-taking games, where good players will know where cards have ended up in the discard pile, so can gauge who has been dealt those cards in the following round.

Oath is another game where you need to shuffle the cards before you play again. It’s not so much that the so-called denizen cards in the game end up sorted in some way, but it’s more to do with the fact that during the game players will know where certain cards are in the various decks, because they will have discarded them there themselves and you want to avoid people having a good idea where these cards are in the next game. It’s a bit like in trick-taking games, where good players know roughly where cards have ended up. Mind you, if you play through several chronicles, some cards will be removed randomly and new ones added, but even so, a good shuffle is par for the course really.

Ready to Set Up

There are plenty of games though, where the components end up well mixed, ready for the next play. Sure, you probably still want to give them a quick shuffle, but we’re not talking about giving it all a thorough mix, like in Ticket to Ride.

A lot of Stonemaier Games games come to mind: Viticulture, Tapestry and Wingspan for example. In all of these games, the decks of cards will end up nicely mixed up, so there is no real need to shuffle them, even though it probably makes sense to do that once, just to make sure nobody has remembered what cards are on top or the bottom of the deck.

I would say that Brass: Birmingham, and of course its sibling Brass: Lancashire, are examples of games where cards end up in random order at the end of the game. However, like in trick-taking games, you still want to shuffle the discard pile before playing again, because good players will be able to know roughly where certain cards have ended up.

The same is true for The Split, because cards will be random at the end of a round, but everyone will have revealed their hand, so people will know which cards have come out and you can’t just put them at the bottom of the deck or into a discard pile. You have to shuffle them back into the deck to ensure those cards have a good chance to come out again in the next round.

Now I know I said that in some games you need to sort things before being able to play again. There aren’t many games that spring to mind, but Splendor is a good example. All the cards end up together and you have to sort them into their different decks before you play the game again. Library Labyrinth is the same and there will be other examples.

Colt Express, on the other hand, is a game where you do mix everyone’s cards into one deck in each round, but as you resolve the action cards, it’s very easy to return them to the relevant player immediately, so once a round is finished, everything is sorted again. There is shuffling in the game, sure, but only when your draw deck runs out and you have to mix up your discard pile. That’s minimal though.

I’m sure there are other games that are either great at being ready to play again straight away or that are really terrible at it. What games have you come across for either category? Is there a really good game that you can play again immediately after you finished it? Please share your thoughts and suggestions in the comments below. It would be great to hear what games you can think of.