Yes, it is that time of year again when I release a list of games that I think are ideal for you to play over the holidays. My list of Christmas games is not ordered in any particular way. Instead, I am trying to offer five different types of games that will hopefully provide you with one or two choices that suit your taste in games and are a great fit for the festive period. 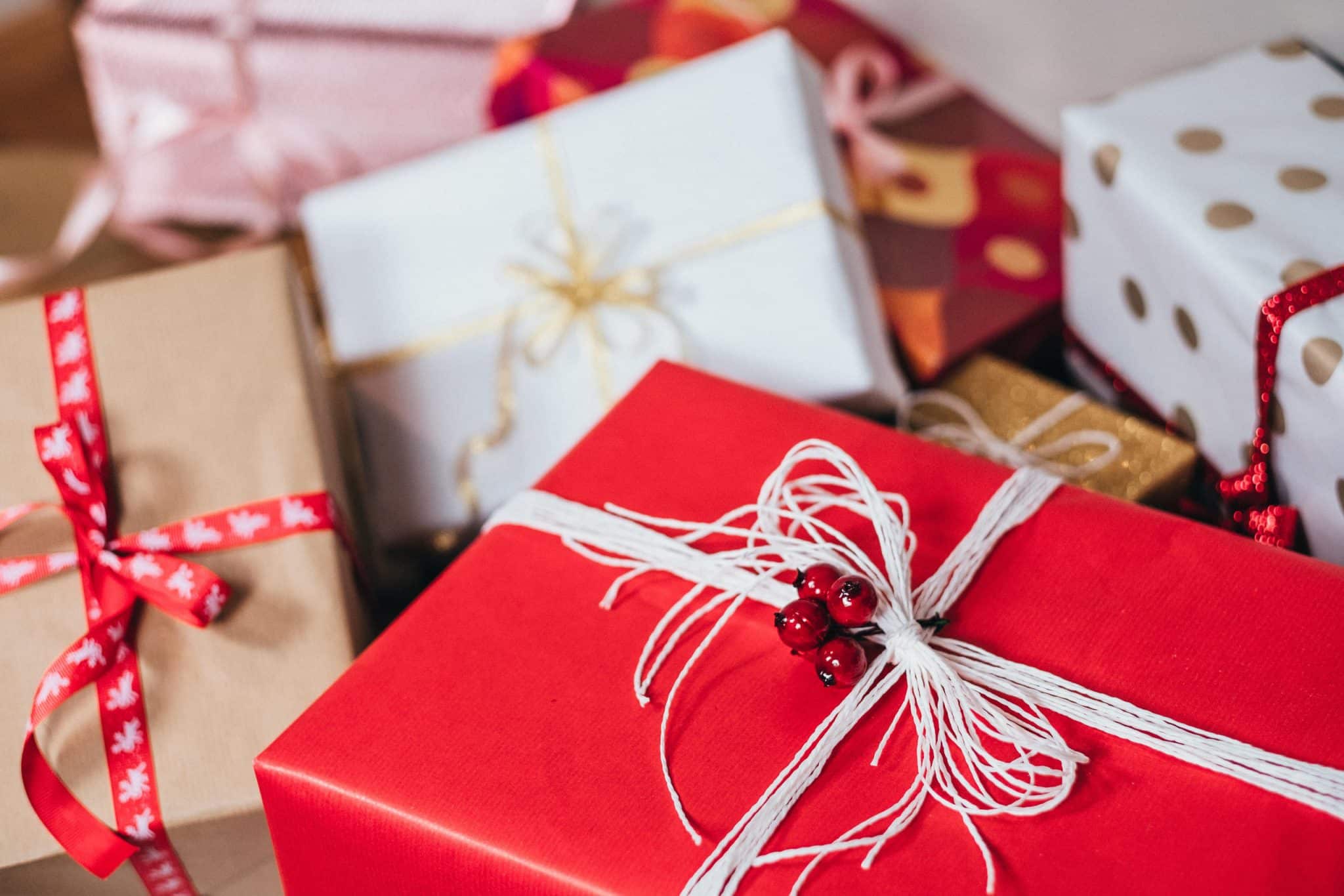 (Photo by freestocks.org on Unsplash)

Oink Games are always a good start if you want games that are pretty easy to learn, quick to play and come in a lovely small box, that is easy to take with you virtually anywhere. Town 66 is no different. You will be able to explain the game in under 5 minutes, at least the core concepts, and explain the rest as you go. It’s one of those Christmas games that’s perfect to play while you wait for the roast dinner to be ready.

The game is a clever little 2D puzzle where you’re placing tiles horizontally or vertically adjacent to each other, but never tiles with the same colour or shape matching another tile in the same row or column. The aim of the game is to have the least number of tiles in your hand at the end, ideally no tiles at all. It really sounds very simple, but as so often with games from Oink, it’s harder to achieve than you think.

The first few rounds are always very quick, but as the game continues and more tiles fill the town, it gets harder and harder to find a slot for your tiles to fit. It’s now that the game clicks for everyone, if they haven’t played it before – and it won’t take long to finish and then everyone wants to play again. Town 66 is really addictive and will be fun for all the family, while more “serious” gamers will enjoy the puzzle element of this tile-laying game.

Libertalia: Winds of Galecrest – for some friendly backstabbing

If you want a game with some light-hearted backstabbing, then Libertalia: Winds of Galecrest is for you. You’re all pirates with flying ships, so it’s unavoidable that there will be some deaths and competing players will try and steal each other’s loot. It’s all very family-friendly though. So I think it does fit into the Christmas games category.

It takes about an hour, but is really easy to learn. I would suggest you explain the basics to everyone and then just start playing. Things will become clear as you go along. In fact, the rulebook is really quite short, so there isn’t much to it.

Libertalia: Winds of Galecrest is a clever little hand-management type of game, where everyone tries to collect the most precious loot and otherwise do all they can to end up with the most money. Everyone gets the same hand of cards and each round plays one of them. Cards have a number and an action on them. Cards with a higher number get to choose from the loot first, but cards with lower numbers may get to do their action first. Some of these actions are about killing other players or otherwise affecting the game.

It’s not always about playing the highest card. In fact, because everyone has the same cards, everyone could choose the highest number. It sometimes pays off to hang on to the highest card for a later turn, just so that you get to do a really mean action first. However, everyone else may have the same idea. Libertalia: Winds of Galecrest is really the sort of mind game where you know that another player knows what you know that they know – and so on.

If you want to find out more about this game and see if it does really fit into the Christmas games category, then here is my review: https://tabletopgamesblog.com/2022/11/12/libertalia-winds-of-galecrest-saturday-review/

Another really light and fun game is Aquamarine with a wonderfully engrossing setting. You’re all divers trying to explore a beautiful reef. You want to take photos of the wonderful underwater life and, if you dare, explore shipwrecks. It’s really easy to teach and relatively quick to play, great attribute to feature as one of my Christmas games recommendations.

Aquamarine is a print-and-play, which means, you pay to be able to download a PDF which you can print out at home or at a print shop. You need to print one copy per player. You have to provide your own dice, but you only need two, plus a pen or pencil for every player. If you prefer, you can even play the game on your tablet. It’s up to you. As you can see, you can easily play this game solo or with hundreds of people. There is no limit really.

The rules are pretty simple. Everyone has their own sheet, showing the same reef for all players. You will be going on up to three dives, depending on how quickly you exhaust your oxygen tanks. Someone rolls both dice and players pick one of the numbers. If they choose the higher number, they will have to use up some oxygen. Everyone then marks off that many squares on their sheet, going in a line that represents the path the diver took. You start at the surface, underneath one of the three boats and on subsequent turns continue the path from where you left off.

The whole game lasts 24 turns, representing 24 hours. That means half of each dive will be during the day, the other at night. Depending on what you cover on your dive, you get different sets of points. Some creatures only score during the day, others only at night. You really have to try and time your movement and decide when to take the higher number and when the lower.

As you can see, the rules are really simple and very quickly you’ll be imagining yourself in the depths of the sea, looking at the wonderful fishes, coral and everything else. If that whetted you appetite and you want to add it to your list of Christmas games, here is my review: https://tabletopgamesblog.com/2022/07/16/aquamarine-saturday-review/

If you like Agatha Christie style murder mysteries, then Suspects is for you. It’s a game you can easily play solo or with a group of people. Given how it works, I would recommend a limit of four players, but in theory, there could be more of you. Suspects is actually a series of mysteries you solve in order, each one taking about an hour to an hour and a half to play, depending on how quickly you can solve the clues and identify the murderer. I say murderer, but I only played the demo scenario. Every case is very different and it’s very likely there won’t be a murder to solve every time.

I don’t want to spoil anything, but in the scenario I played, you’re on a train with a number of guests. A body is found, the train is stopped and it’s your task to interview the guests and staff to find out what happened. The game is basically a deck of cards representing people, clues, witness statements and other information. You read out the first card and follow what it says. You will then reveal further cards as the story evolves, each card giving new information and different options as to how you can proceed.

It’s a sort of choose-your-own-adventure style game and there is very little rules overhead, making Suspects really easy to learn. It’s one of those Christmas games you probably want to play while the fire is crackling in the background. So if you want to try your hand at solving crimes, then check out my review here: https://tabletopgamesblog.com/2022/04/09/suspects-saturday-review/

If you want to play a heavier game with your games group or family, then Brian Boru: High King of Ireland might be worth a try. The rulebook isn’t short and there is a lot going on, but it’s worth the investment of time, if you ask me. In the game, you’re trying your hand at defending Ireland against the Vikings, gaining the support of the Church and forging political influence across the country. It’s no easy feat, but very rewarding when you can pull it off.

At the core, Brian Boru: High King of Ireland is a trick-taking game. Everyone is dealt a hand of cards from a deck with four different suits, one of which is the trump suit. Other than the suit, each card also has a number and two sets of actions. If you win the trick with your card, you get to do the powerful action on your card, while everyone else gets to carry out the less powerful action on the card they played. The problem is, cards are played from lowest value to highest, irrespective of suit. So other players can gazump you, even if you win the trick.

The rest of the game is about area control and having majorities in certain ways, which allow you to control the Vikings and/or the Church. Points can be made everywhere and it’s really important that you don’t focus on one source of points. You need to try and control enough area, while also proving your military prowess and political strength, at the same time keeping the Church on your side.

As I said, it’s not an easy feat, making Brian Boru: High King of Ireland a game for people who like heavier games. However, it’s the sort of game that is perfect for spending an hour or so pretending to be an Irish ruler and practising your poker face. I reckon it fits into the Christmas games category pretty well. Find out more in my review here: https://tabletopgamesblog.com/2022/04/16/brian-boru-high-king-of-ireland-saturday-review/