In digital games, the idea of a high score table dates back to the 1970s and 80s. Yes, you would eventually run out of lives or credits and therefore lose a console game, but beating your own or someone else’s highest point score was much more important. Finishing a game and beating the last boss monster was not really a thing. Many digital games didn’t even have an ending as such. They just got more and more difficult. So the question is, if something similar is also possible for analogue games. 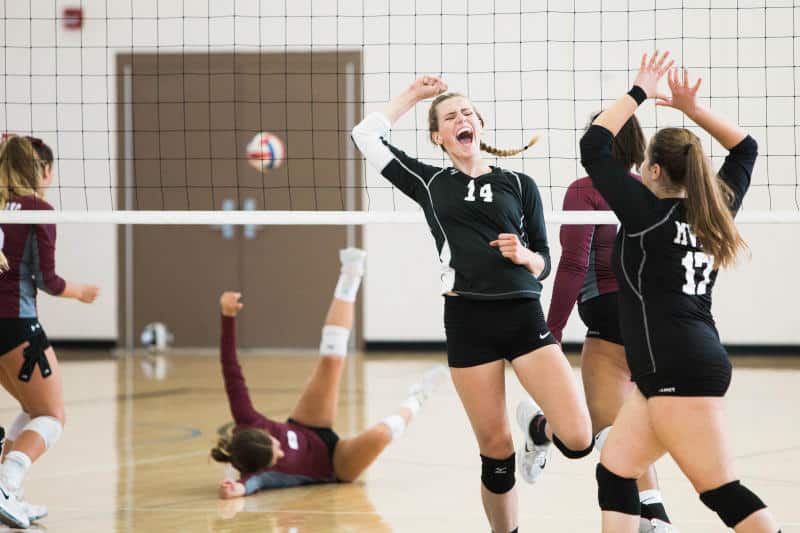 (Photo by Vince Fleming on Unsplash)

I grew up with one of the first, simple home game consoles that featured some version of what we now would call Pong. That was soon replaced with the first ATARI home game console, with its old-fashioned cartridges. You know the one with the fake wood effect plastic casing. Pac-Man and Super Breakout were two of my favourite games at the time.

A lot of these early digital games were either two-player or solo. So even though you were able to try and beat an opponent in a direct match, a lot of the time you would play solo games with friends and take turns at the controller. The solo games were all about getting the most points and even the two-player games were not just about beating the other player, but trying to get more points than before.

Highscore tables weren’t a thing then, at least not on the early home game consoles, because there was no way of saving anything on the cartridges. So instead we wrote down our scores on A4 sheets of paper. I suppose that was my first encounter with a scoresheet.

So, as I said in the introduction, these early games all had at least one loss condition, running out of lives or credits. I can’t remember any that had a victory condition. A lot of these games continued on forever. All that changed was that consecutive levels got harder and harder. Once you had made your way through all of however many levels, you would start back at level one again and everything was going a lot faster. Even if you were really good, you would eventually not be quick enough to avoid the ghosts and you would die.

So if digital games don’t need a victory condition to be fun, it should be possible to remove the loss condition as well. That’s exactly what Beth LaPensée did with Thunderbird Strike. I never played this game, but the concept is that you can basically keep going and going and going. All you’re really doing is creating a little story about flying “from the Tar Sands to the Great Lakes as a thunderbird protecting Turtle Island with searing lightning against the snake that threatens to swallow the lands and waters whole.” You’re beating your own highscore, but you don’t lose as such.

It’s an interesting idea and I guess something that we sort of come across in many modern digital games. However, while Thunderbird Strike tries to make people think, many modern game apps are about whiling away time. In many of these games, you basically just keep playing and playing. There is a theoretical loss condition, but it’s very weak. The app doesn’t really want you to lose. It just wants you to be entertained for as long as you like.

It does sound to me that translating this to modern hobby games should be possible. However, I’m not a game designer, so I can’t really say this with any confidence. All I can realistically do is imagine how it would feel to play a game without loss and victory conditions. So let’s imagine what games without these conditions might look like.

If you remove victory, loss and all other game end conditions, you end up with a game that just goes on forever. There is the concept of sandbox or open-world games in the hobby, which is sort of what it means to have no game end conditions. 7th Continent comes to mind, for example. The recent Hamlet is also supposed to be a sandbox game. However, as far as I know, all of these games have victory, loss or other game end conditions. In the 7th Continent, you lose when you go through the deck of tiles twice and in Hamlet the game ends when the church is built.

There is one game I have come across that is open-ended and has neither victory, loss or other game end conditions. Autismo is a self-published game that tries to help people understand what it feels like to be on the autism spectrum. You can keep playing the game forever. There are no goals to achieve or points to gain. You’re just trying to avoid collecting baggage cards and hope to get skill cards. As players, you decide when you want to stop.

I think we’re so used to winning and losing, that trying to imagine playing a game where that isn’t a thing has become very hard. It certainly is a different experience when you’re not adding up points or racing to be the first across the finish line. However, when you’re not focused on winning or losing, you have time to actually think about what you’re doing as you play the game. You can actually learn something. You can focus on the game itself and enjoy the journey it takes you on and absorb the lesson it tries to teach you.