We probably all have a favourite children’s story that we loved as a child or maybe a favourite book that we’ve read many times or a favourite film or TV show that we love watching and that takes us away from our day-to-day. In this article, I want to look at how games tell stories and how they draw us into their world. 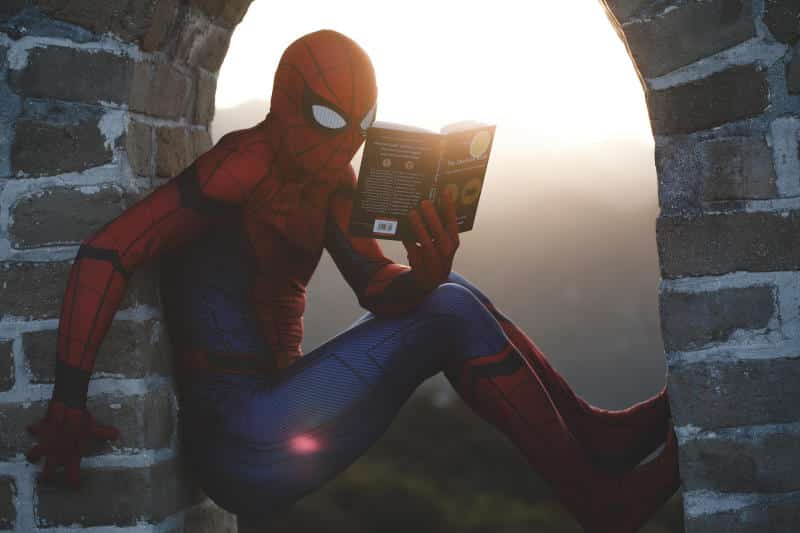 (Photo by Road Trip with Raj on Unsplash)

The first type of games that come to mind are storytelling games, in particular, role-playing games. Here you literally have someone tell you a story – a real person who guides you and your fellow adventurers through this world and tells you what peril you face. You will have to come up with ways of dealing with the problems that are presented to you and verbalizing your ideas. The story is woven by everyone as a joint effort and you really feel in the middle of it all.

There are also storytelling games that rely on storybooks where you read certain sections and are presented with a number of different options that you can choose from to decide what you want to do next. These games can be a singular experience, very much akin to reading a book, but they can also be a group experience where the other players will help you make a choice and together you live through the story – and even in competitive storytelling games, the other players are immersed in what’s happening and maybe secretly hope you make the wrong choice. Either way, the story is set by the book and you, as the players, find a path through it all.

So far, I’ve talked about stories that will be new to you, unless you’ve played the game before, of course, but by using a well-known IP as their backdrop, games can also immerse you in a story, even if the story is already known to you, because you know the IP. Let’s say you’re playing Back to the Future: Dice Through Time, you probably know the films and thereby you know the story this game is telling you. At the same time though, you’re changing that story with your own actions and the decisions you make will retell the story in a different way. Maybe Biff will win and you never make it back to 1985.

Settings can also put you into a world you know, whose stories you’ve heard before or are at least aware of. You don’t have to play a Lord of the Rings game and you can still enjoy a world of hobbits, orcs and magic. The game’s story will be completely different, yet you recognise things and know what is expected of you, even if you’ve never read any of Tolkien‘s books. These settings have become bigger than the imagination they originally sprang from and are now part of our culture and they have taken on a life of their own. Of course, that’s not only true for fantasy games, but also science-fiction, crime and such. These tropes have become commonplace in the Western world and there are many more in different cultures as well.

There are also more literal stories told by history-based games. War games are a huge genre and the battles they try to emulate are real-life events that we can read about and learn from. Those games usually only tell a fraction of the real story, but they do still tell a story of some sort. The suffering and terrible events that took place in these battles are usually glossed over and the focus is much more on strategy and tactics, but you can often still get an understanding of what happened and get a sense of the scale of those historic events.

There are also games set against a historic background that aren’t war games, of course. I’m thinking about games such as Brass: Birmingham or The Cost. All of these types of games tell stories, some of them using the time period as a setting for an economic game while others try and tell you about some serious events that happened and help you get a better understanding of them.

I also think abstract games can tell stories. Yes, even a game like Splendor, which has a very vague setting. You can talk about how you’re purchasing mines to dig for gems, how you improve the infrastructure to deliver those gems to craftspeople who will refine the raw gems into expensive works of art. In On the Underground, the game tries to show you how the tube network was built, but of course, when you actually play, you end up with routes that are all over the place and randomly zig-zag through the tunnels to get the most points. The resulting story feels rather funny, but it’s a sort of story nevertheless.

Finally, the players themselves will also always tell a story through the choices they make or the decisions they take. Pulling off amazing combos, getting away with a risky strategy or just having pure luck are all things that tell a story. Sometimes players intentionally leave a game’s setting behind and create a completely new story as they play. We can be creative in games and bend the world into the shape we want it to be, so that we end up with the experience we want.

There are probably many more ways in which games tell stories and I’d love to hear your thoughts. What other ways do games use to tell stories? What games have you played that told an amazing story? How do the people you play with tell stories in games? Please share your experiences in the comments below.