Games change when played with different numbers of players. I think many of us will have found that games that are said to work for two or more players often are quite a different experience when played with two versus more players. Some games are said to work with a larger number of players, but really work best with a specific number. Games, where you form teams, are often like that, working best with an even number of people, even though they’re said to also work with odd numbers. I discussed many of these points in my article Group mentality, so this time I want to focus on some specific issues. 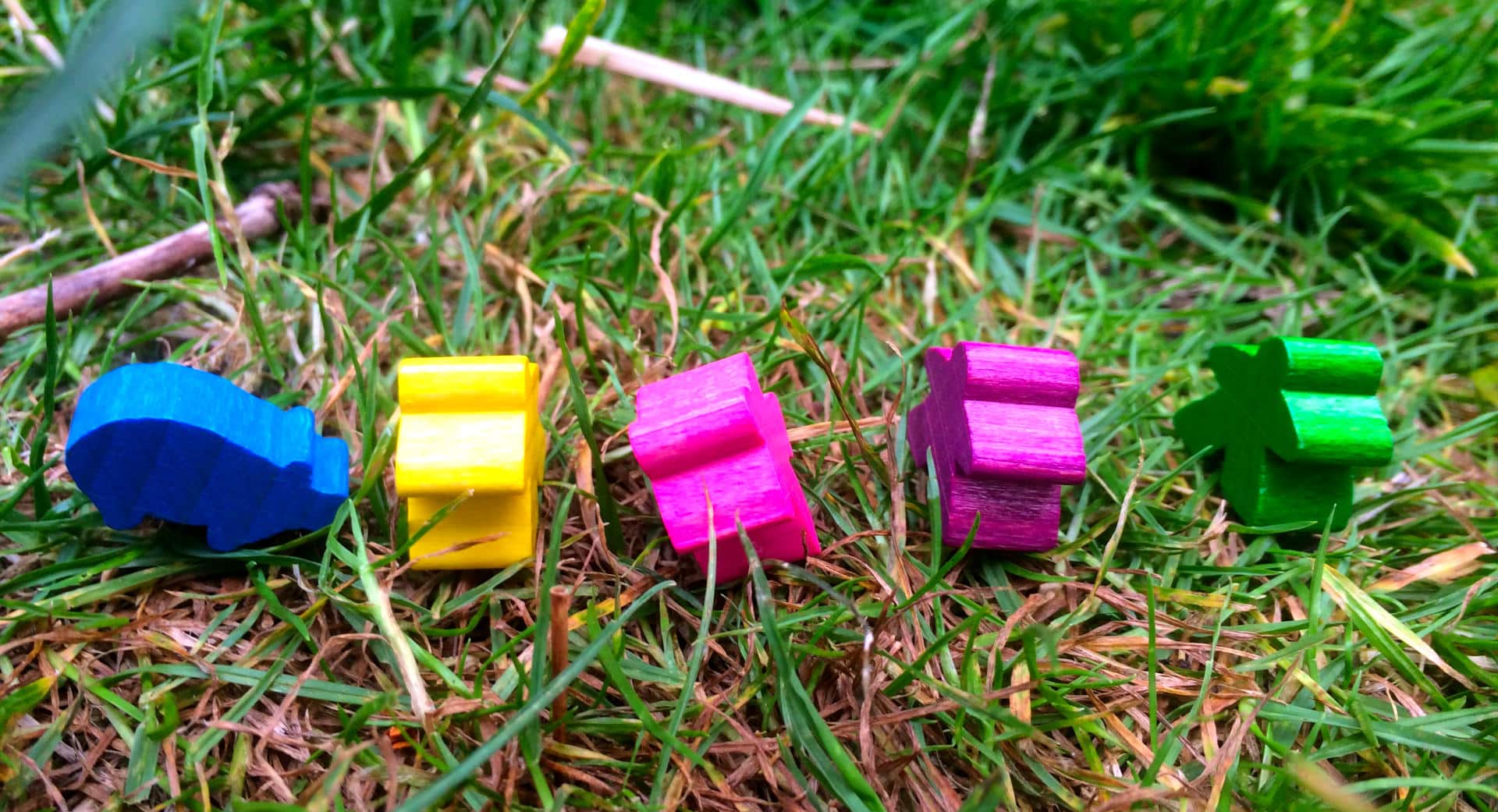 Let’s start with solo versions of games. I explicitly exclude solo-only games, because these were designed to be for a single player, and I want to look at games that are designed for two or more people, but also have a solo variant. There are some really good examples of games that offer a well designed and thought out solo version. Often these games come with some sort of AI, which simulates the opponent. If done well, these can give you a real sense of playing against another player.

I particularly like the Automa implementation by Automa Factory, as used in Scythe or Tapestry by Stonemaier Games, which emulates a real player, except that that player can break some of the rules of the game. Of course, it would be even more amazing if a solo variant offered an opponent that follows the rules, yet is still tough to beat – but I’m not sure how realistic this is without some sort of technological support.

Next, we should look at two-player versions of games. Again, I’m excluding two-player only games, as these were specifically designed for that player count and should work well. Games that were designed for three, four or more players, but also offer the option to be played with two, are a mixed bag unfortunately. Some games do it really well.

For those games, you get virtually the same experience with two players as you do with more players, but there are many others where the two-player version creates a completely different experience, often one that is less enjoyable.

Very much like for solo versions of games, two-player versions sometimes introduce an artificial opponent, and these can be great, or a bit lacklustre. Many games require a different setup for a two-player game, which often requires you to remove cards, block off action spaces or reduce the size of the map. That can be absolutely fine, but it can also be a bit disappointing. Yet, it’s much better than games that require no changes in setup, with maybe only a handful of exceptions. The problem is that playing a game, that works well for three or four players, with only two often makes the game feel too long and with too little player interaction. A bit of tightening up of the gameplay for two players is usually the best solution.

In my view, exceptions to the rule include Wingspan by Stonemaier Games, where it really makes no difference to gameplay whether you play it with two, three, four or even five players. The setup is exactly the same, and the game feels just the same. The balance is just right.

When you move up to three-player games, you find most games work absolutely fine, provided they can be played at the player count of course. It feels no different to playing with four or more players. Setup is usually no different either. The only issue with three-player games can be player interaction. In these situations, when player A beats up player B, then player C is the only one who benefits, at least in most scenarios. Very few games with player interaction address this issue with three players.

The only exception from my personal experience is Rising Sun by CMON. In this game, the alliance mechanism combined with the betrayal action balances out the effect of players ganging up on each other. In fact, being the player who is not part of an alliance can benefit a lot and really turn it into an advantage.

Finally, let’s look at playing games at higher player counts than recommended. There are many games that physically don’t allow this to happen, due to the limitation of the components, but some games either come with enough pieces to be played with more players than listed on the box, or you can buy expansions that offer additional factions or player pieces, or you can buy two copies of the same game to allow you to play it with more people.

A lot of roll-and-writes can easily be played with more people than it says on the box. In fact, a lot of these games actually say you can play them with 100 people, some give an even higher number. As long as you have enough pens or pencils, and enough copies of the sheets to write on, it makes no difference to the gameplay whether you play it with 4 or 400.

Some card games can also easily be played with more players than recommended. I immediately think of The Mind by Coiledspring Games. Of course, there is a sensible limit for this game, given it comes with 100 cards. Play it with much more than 10 players, and it will start to be a bit less interesting. It’s recommended for two to four players, but you can easily play it with five, six or seven players. I’m sure I’ve seen it played with eight players before without any problem.

Some games even say that you can play them with more players, as long as you buy a second copy. Star Realms by White Wizard Games is a classic example. A single pack supports two players, two packs can be played with four, and three packs with six. That is the official limit, but again there is no reason why you couldn’t buy more packs to increase the player count even further.

So it is interesting to see how games deal with player counts, and how some scale up really well from single to multiple players, while others don’t fare so well and are really best at a specific player count and don’t work so well when scaled down.