As some of you will know, I’m an alpha player at the core, which means I can take over co-operative games and tell people what to do. Even in competitive games I’m the one who makes sure rules are followed and actions are done in the right order. I even adjust tokens or tiles to line them up properly and ensure everything is in the right place. However, I’ve changed a lot over the last year or so and I want to share my journey with you. Maybe it will give you some tips for yourself, if you’re an alpha player too. 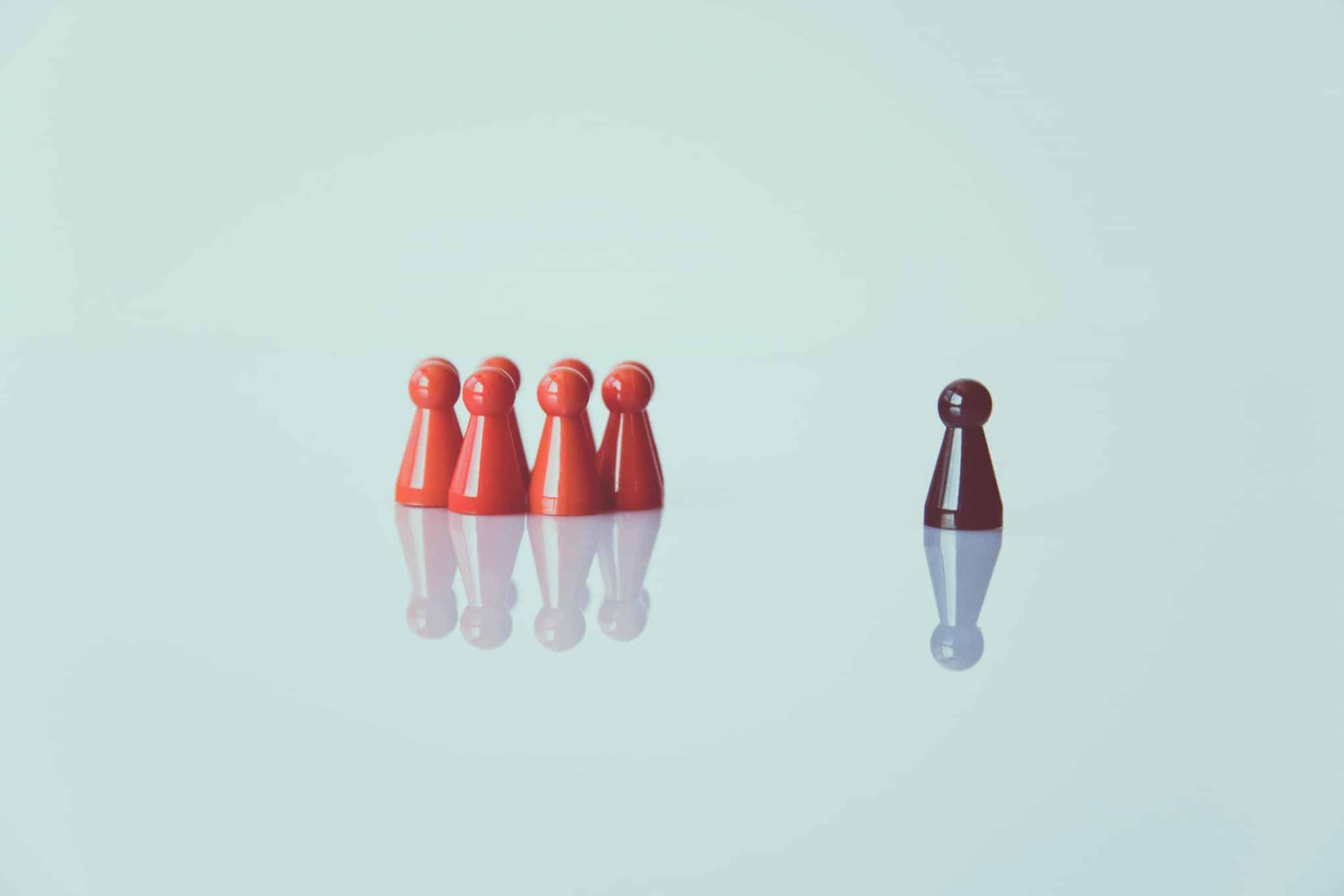 (Photo by Markus Spiske on Unsplash)

Let me start by looking at why I am, or maybe no longer am, an alpha player. There is, of course, an element of competitiveness. I enjoy playing games with the aim to win. I don’t mind losing, and in fact, I lose most games I play, but I think it is fun building an efficient engine or playing awe-inspiring combos. None of this is intended to be to the detriment of other players, but to prove to myself that I understand how a game works and that I can play it well. Yet, in competitive games the better I do in them, the worse others will fare.

I also love to help others where I can. So in co-operative games, it leads to me suggesting what other players should do, or even dismissing someone’s plans and pointing out how they could make a better move. That is, of course, not much fun for other players, who feel they basically just have to do as I say.

Finally, I also want to make sure games are fair, in the sense that we all follow the rules, or at least the house rules we may have set. Yet, that often comes across as rules-lawyering. It gets worse when rules are unclear and we need to decide as a group how we want to interpret them, because I often argue for a decision that seems fairest to everyone, at least in my view.

Most of this behaviour is with good intentions, like it is for many alpha players. However, that doesn’t make up for the fact that it can ruin other players’ enjoyment of a game. So I had to do something to change my behaviour, because I really wanted everyone to have fun playing games with me.

It took me a long time to change, and I would say I’m still learning and improving. It’s not a surprise that change will take time, but before you can change, you need to identify that change is needed. For me, it was a matter of being told by others, either directly or indirectly, where I went wrong.

The hardest change for me was when playing co-operative games. I had to step back and allow players to make their own decisions, even if I felt they were the worst choice they could make. Playing games is always about giving people agency, a choice, to do what they want to do. However, it was hard for me, because I wanted us all to enjoy the game by winning it, which is fine. What I didn’t realize was that I assumed that I knew best what actions would be the right ones. That is arrogant, and as soon as I worked that out, I started to improve and stopped stepping in when I thought someone was making a “bad” decision.

The other reason why I acted in co-operative games as I did was that I assumed everyone would only enjoy the game by winning it. That’s wrong. For a lot of people, it really isn’t about the winning, but about the playing, about each decision, each consequence and the story that the game is telling by what everyone does. Taking a wrong turn in a co-operative game can actually be funny and really enjoyable. It can create surprise moments which the “optimal” sequence of actions may have never discovered.

So I was able to relax and start to enjoy the gameplay itself, rather than tense up and stress out about trying to find the best way to win. I can’t speak for the people who play co-operative games with me these days, but I think they have more fun now – and that makes it more fun for me. It’s a win-win.

However, there are still situations where people ask me for help. My initial reaction is to tell them what I would do, but I resist. I now tell them to go with what they feel is best, what their intuition tells them, or what they think is going to be the most fun. Only when they really don’t know what to do, maybe because they forgot some rules, I help them by going through the options they have, but without ranking the choices they can make, so they can still make up their own mind independently. It’s hard and a conscious effort for me, but I do it, and I think it has helped everyone enjoy co-operative games more.

I also am much more relaxed about where game components go. I still sometimes get the urge to tweak a worker’s position slightly so that it perfectly covers up its space on the board, or straighten out the discard pile, or line up my player mat with the game board, but overall it happens very rarely now and usually only when I’m nervous. I hope it has allowed other players to feel more relaxed about setting up the game the way they want and organize their game components the way that works for them.

I have also gotten better at dealing with enforcing rules. I now focus on my own turn and ensure that I follow the rules the way I understand them – and that actually gets to the core of the issue. Even the best rules in the world will be understood slightly differently by different people. So when I think I do everything correctly, I might actually be breaking a rule of the game. It is important to let others do the same, even if it might lead to some players having an unfair advantage in a game, because they have a more lenient interpretation of the rules. It often makes no real difference, if the difference in interpretation is actually minor.

When we do come up with a rules question, I will still explain how I interpret the situation, in particular when the confusion arises from grammatical, punctuation or semantical issues. However, I will not re-iterate my point multiple times, and very happily argue someone else’s suggestion if I can see how it would fit with the rules and the spirit of the game. In fact, I often no longer offer my point of view, unless asked, so it is really up to everyone else to decide, especially if the decision influences my turn in the game. That way nobody should feel that I am trying to gain an unfair advantage by interpreting the rules in my favour.

Speaking of unfair advantages, I still insist that people take their actions in the order laid out in the rulebook, at least when it matters. After all, if the rules say you get your income after you can buy resources for example, then it’s important it’s done in that order, or you could buy more resources than you should be able to. It may seem harsh, but it’s clearly about making sure nobody gets an unfair advantage like that.

To me, it goes hand in hand with saying out loud what you do on your turn. So I do ask people to talk me through their turns, out loud and to the whole group. It not only ensures they do everything in the right order and don’t miss important steps, but it also helps me understand what they are doing and allows me to adjust my strategy or plan my next action more easily. In fact, I do think that saying it out loud helps the whole group, including the active player.

For example, we have one player in our games group who regularly forgets to pay the cost of an action or resources, so when they tell everyone what they do, we can remind them. In fact, that same person also often forgets to take all the benefits from an action, so again we can help them avoid losing out, and it reduces the need for takebacks because they forgot to take their income or other bonus.

What’s more important than the example I just mentioned is that explaining your actions is very helpful for games where it is hard to see everything easily. There are games where things are very spread out across the whole table. So saying out loud that you take the bonus tile that gives you 10 VPs for every card in your hand allows other players to adjust their strategy accordingly. It’s even more helpful if you then describe the next bonus tile that you have drawn from the stack to replace the one you took.

So, as you can see, I have done a lot to try and be less of an alpha player. How much I have succeeded is impossible for me to say. Only the people I play with can answer that question. However, I do feel I have improved, but I also know that I will continue to learn and make changes to my behaviour in an attempt to make playing games fun for everyone who plays with me. Maybe one day you and I can play a game together and you can tell me how much of an alpha player I still am.

What are your thoughts on the topic? Are you an alpha player yourself? Do you think it’s a good thing? How do you deal with alpha players yourself? How important is it to you to win a game? Do you enjoy the playing part or the winning more? Please share your thoughts in the comments below. I’d love to hear from you – and also let me know if you want to play a game with me.

Music: Everything Is Gonna Be Just Fine by Jeremy Blake on YouTube Audio Library