It was around this time last year that I came back from my first visit to a UK tabletop games exhibition, all elated and happy. I had felt welcome and saw a lot of opportunities for the little venture I had in mind at the time. I spoke to a lot of people, looked at a lot of games, bought more than I probably should have and realized that I wanted to work a lot more in this wonderful industry. Of course, I’m talking about UK Games Expo, and I was back again this year, and it was even better – if that’s possible. 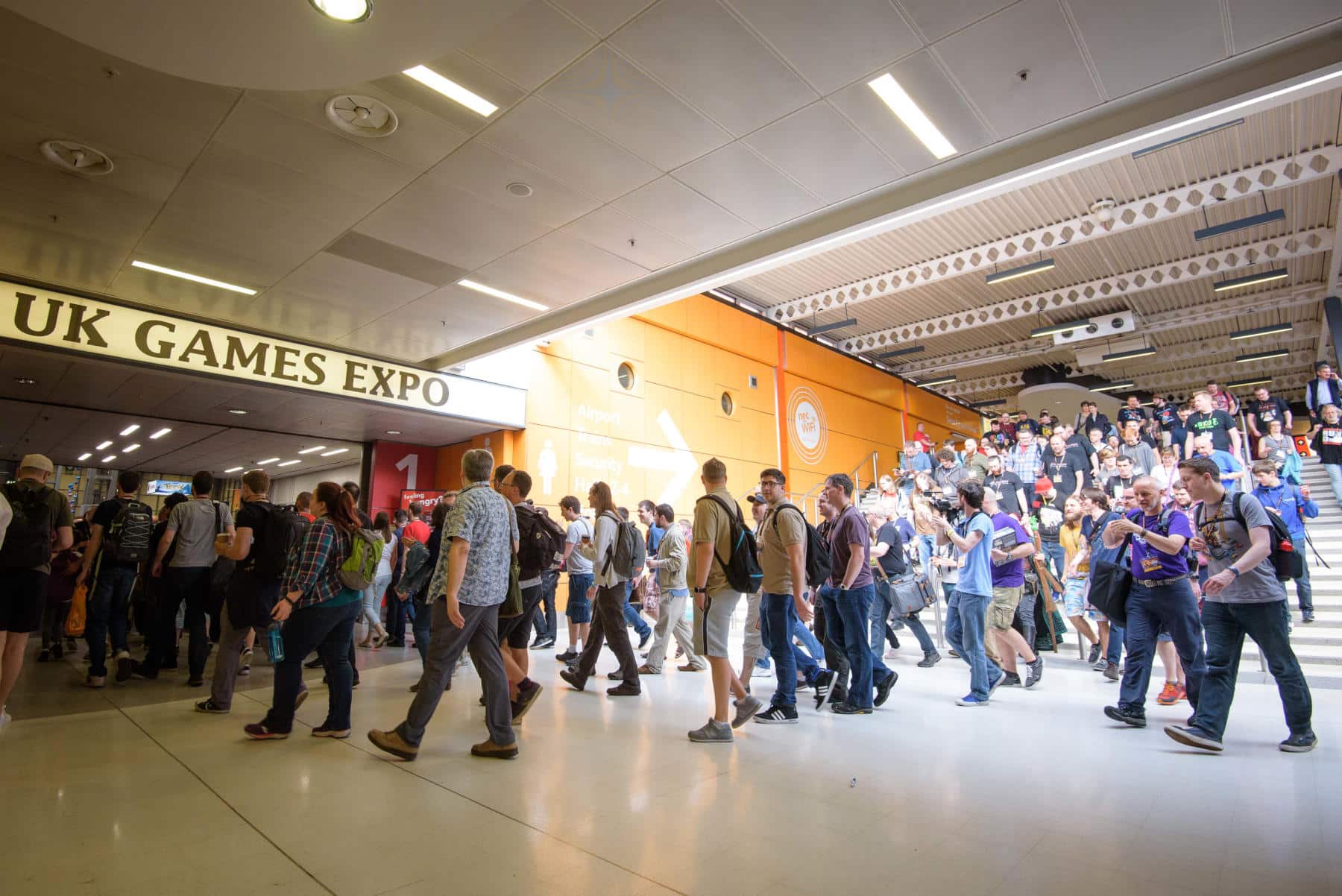 My visit to this year’s event was with a different purpose. Last year I was working on a little project that has stalled for the time being, because I started to go down a different path – creating a tabletop games blog, making videos and recently also podcasts. I had started to gain a small number of wonderful Patreon supporters, so for 2019 I aimed to see those who were there and thank them for their support, as well as offer them my support in return. As I mentioned in a previous blog post, I had only one day, the Sunday, to achieve this, because I had other prior commitments.

I knew it was going to be a full, packed and busy day, but it was well worth it. The exhibition was even bigger this year, but still everyone was very friendly and welcoming, and the atmosphere was positive. We’re waiting for this year’s visitor numbers, but it felt busy, in a good way, and everyone I spoke to had a great exhibition.

First on my list was a demo of Sanctum by Czech Games Edition, arranged by the wonderful Paul Grogan of Gaming Rules fame, who was in charge of the whole booth and managing all the demos. I really enjoyed the game and think it’s a great dungeon crawler. The prototype we played with already looked great, but of course there is more work to be done. However, it was clear that this is going to be a high quality product when it’s done, with some wonderful miniatures. I can’t wait to give it a go.

After the game, Paul came over to say a quick hello between demoing Letter Jam. It is always weird when you know people from Twitter, YouTube and the other work they do, and when you meet them it feels like you’ve known each other for years. Paul really gave me that feeling and even though he didn’t have much time, it felt really special for him to spot me and come over to have a quick chat. It’s these moments that are so important and that make our hobby so amazing.

Before the demo of Sanctum, which wasn’t until 10am, I had a little time to have a quick look around and say hello to a few people when the show opened. My first stop was to say “happy birthday” to Sally Jones of The Crafting Jones, who promptly offered me a cupcake, which I gladly accepted. I love cupcakes for breakfast. I popped back to her stand near the end of the day to get a couple of meeple keyrings, which are absolutely cool and got the approval of our daughter when I got back home after the exhibition.

Next door was Tom Lovewell of Redwell Games, who promptly pressed a copy of their new Six Gun Showdown game into my hands. Thank you again for that. It was unexpected, but I can’t wait to do an unboxing video and a review. It’s really great to be offered games to review by people like Tom. I still don’t expect it, and always feel honoured.

My next stop was James Naylor‘s stand and a full playthrough of Magnate: The First City, which is due to go on Kickstarter in September this year. It’s an amazing economic simulation, where you buy land, build houses, retail spaces, offices and industry to attract people, shops and business to give you income. All the while the land prices go up, until eventually everything comes crashing down. So it’s critical that you sell in time, or if you’re brave, you hope that the crash isn’t too big, allowing you to make the most profit that way.

The game was really easy to learn and after a few turns, I felt I was making considered decisions and working out a strategy. There are a number of subtle nuances to the game and the mechanisms are really clever, creating a game that feels realistic and that has depth. As soon as one of us felt the crash was upon us, everyone started panic selling, which was amazing to watch. The prototype we played with already looked stunning, and the whole game has a wonderful table presence, especially the fully sculpted buildings. It was very satisfying to put the buildings down on your plot. So I can’t wait to review the game closer to the time and can only recommend that you sign up for their newsletter to stay up-to-date with developments.

Rachel and Heinze of Semi Co-op joined my demo session, which was a wonderful surprise. I had ordered one of their comics as a print, so they were able to give that to me after the game. I’m so pleased with the print. It’s great and I have to find a deserving space for it.

The last demo of the day was with Robin Kay of Ruined Sky Games. I met him, his wife and their lovely nine-month-old son at the Playtest UK zone, and he showed me his wonderfully puzzly game Circulari. The game is set in space and you take the role of a Circulari, a race from the depths of space. You mine asteroids, called accretion discs, that swirl around a black hole for energy and metal, that you use to upgrade your robots and ability to carry out actions. It was very quick to learn, and the rules are very simple, yet the complexity arises out of the interaction amongst players. Many times you will shift the asteroids around the black hole, either in a clockwise or anti-clockwise direction, and as you do so, you will help or hinder the other players, as their asteroids shift at the same time.

You really have to think about every turn to make sure you control an asteroid at the right time to mine the resources, but then move your robots along to another asteroid to mine it in turn, or shift your robots to push the asteroid in the opposite direction and push it into the black hole for points. The prototype that Robin had created looked absolutely stunning. He wants to tweak the artwork some more, and it is clear that this will be a highly finished product. I can’t wait to (p)review it when it’s ready, which I hope won’t be long.

I then proceeded to say hello to Katie Aidley at the White Wizard Games stand. She has been amazing when she sent me review of copies of a couple of games a while ago. So I felt it was only appropriate for me to say thank you and tell her how much it had meant to me as a small tabletop games reviewer. Her support had really spurned me on, and it was great to chat to her and find out what she was up to.

I finished the day by saying hello to Janice Turner of Wren Games, whose latest game, Sensor Ghosts, is currently on Kickstarter and doing amazingly well. She was packing up the stand after a successful day, and you can check out my review of the game, so you can decide whether it’s for you.

Then it was time to go home. UK Games Expo 2019 was absolutely amazing and it took me a while to decompress afterwards. There is a lot of work to be done now: unboxing videos to be filmed and edited, games to be played and reviews to be written. So keep an eye out for more to come.

If you have been to UK Games Expo, please share your experiences and impressions in the comments below. I know I have probably walked past some of you without realizing, as I was rushing through the halls from demo to demo. I also know that I was unable to see everyone I had hoped to see – Team Trevor in particular, even though I saw some of you. So it would be great if you say hello via the blog, and maybe we can meet up next year or at some other exhibition or convention.