It is great fun sitting around a table with friends or family playing a tabletop game. However, when you are out and about, you also want to play games. So you need something that is portable, quick to set up and quite rugged. If you want to play a game in a restaurant, while waiting for food, the game has to be either very quick, or easy to stop at any point. The game also can’t take up too much space during play. 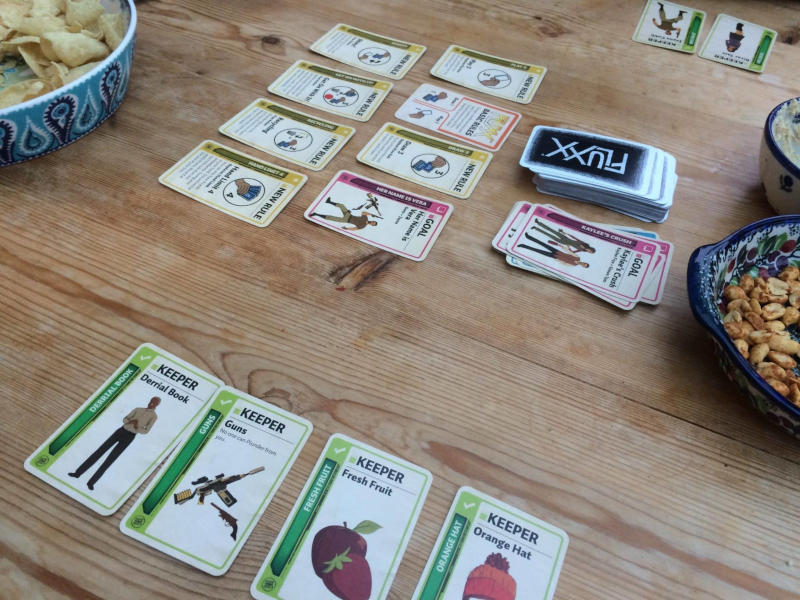 That rules out quite a large number of games. Many games are played on large boards or contain many, large components that make them too big and/or too heavy. If you are part of a regular tabletop games group, you will know how important a car suddenly becomes if you want to take those games to a friend’s house.

So what games are there that you can play pretty much anywhere? Card games are the obvious option. Fluxx and its variants are very popular – whether on holiday or for a quick game while waiting for food. Love Letter is another example. Mint Works is even better for taking out, because it comes in a tin box – and it is a worker placement game, making it a bit more interesting.

You might not believe it, but Carcassonne can also become very portable, if you put everything into a smaller box. The game won’t work in a restaurant, because the game uses up too much space during play, but it is still great for taking on holiday.

So what games do you take on holiday with you? Are there any you have played while waiting for food yet? Have you used a portable game to make new friends while away? Share your thoughts by commenting on this conversation. I would love to hear what other games are wonderfully portable games.