Every tabletop game comes with a rule book. Even the simplest game needs a basic set of rules. More complex games need longer rule books of course, but there comes a point at which a rule book becomes too long and turns people away from the game – and this point will be different for different people. 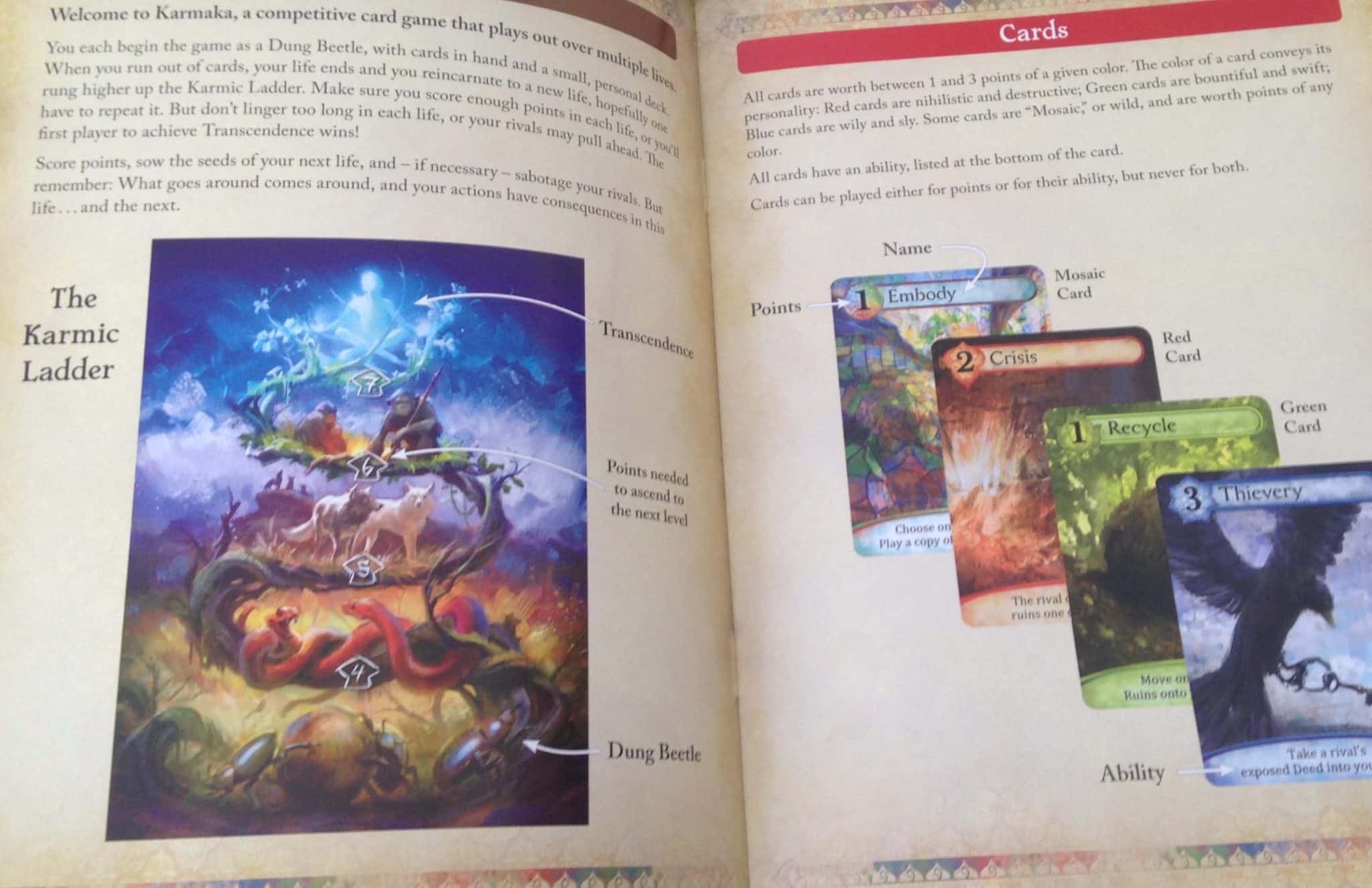 Of course, ideally you just want to get the game out of the box, set it up and start playing – with minimal reading of rules. Some games have tried to incorporate the rules into the game itself by basically offering players a tutorial setup that is easy to learn and play, while at the same time explaining the finer points of the rules.

Legacy games actually start with a relatively small set of rules, but while you play you add new rules, meaning you learn the game as you play. The extra rules don’t necessarily have to be permanent, and Fluxx is probably the most famous example of a game where the rules constantly change and every game is different.

In general, good rule books have a clear setup guide, with a good photo for reference. They are also concise, with plenty of illustrations to visualize how the game works. A scoring guide will also be critical, whether that’s scoring during the game, or at the end of the game. If the rule book then has an FAQ section and a strategy guide as well, it should cater for everyone.

What do you like about rule books? Do you have examples of games with a good rule book? Can you think of any bad examples? Please post your thoughts in the comments below.