Another year has gone by and a lot has happened, both, in the world at large as well as in the board game hobby. Exhibitions were attended, games were played, articles were written, podcasts were recorded and plenty of other exciting things happened. So let me share with you some of the highlights for me from 2022 and also give you an update on the financial situation of the blog. 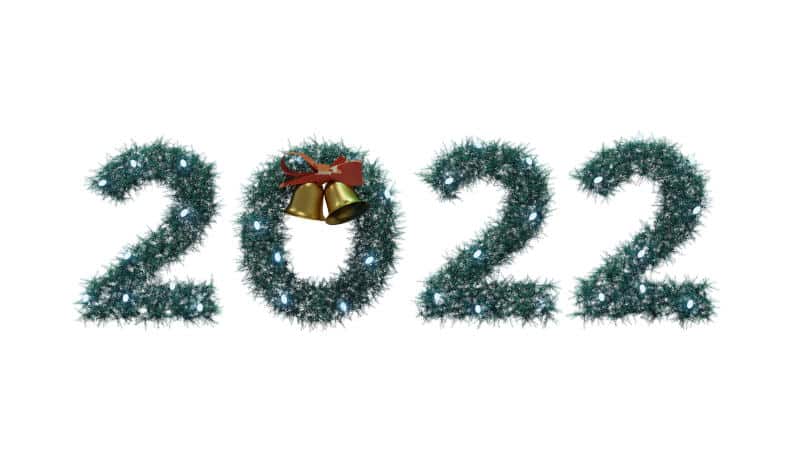 (Photo by Eyestetix Studio on Unsplash)

After a long time of abstinence, 2022 was the year when I felt it was safe enough to return to attending some of the UK exhibitions that I had missed so much.

AireCon was back in March, which now seems a very long time ago. You can read more in my review of the event, but let me give you a quick overview here. The exhibition at the Harrogate Convention Centre is always a long way away for me. I always drive the five hours each way, splitting up the journey at around the three-hour mark for a cup of coffee and some food. Setting off really early from home means I usually get to Harrogate at around lunchtime. As you can imagine, I’m always quite tired by that point, but it was so wonderful to see people playing board games at the open gaming tables and making my way around the halls to say hello to people.

It was wonderful to finally meet Rodney Smith from Watch It Played in person. When he spotted me, he came over to say hello and give me a hug, which was really lovely of him. He took his time to have a chat and take a photo. It was also great to see Paula Deming again, even though only briefly. I was lucky to play a game of Arraial with her in 2020. She was just having a bite to eat between the many events she was part of, so it was just a quick hello, but it was really lovely to see her again.

The whole event was really well planned and everyone was made to feel as comfortable as possible, despite everyone being worried about COVID. Everyone seemed to have a great time and even though I didn’t get a chance to play any games, except Str!ke, it was so much fun to be back at AireCon.

In June of 2022, my friend Tom and I made our way up to the Birmingham NEC to attend UK Games Expo, the second and last event I attended this year. We drove up again and stayed in a pretty little bed and breakfast nearby, which was right under the flight path. Luckily, planes stopped flying over around 11pm and we were out relatively late anyway, so it didn’t matter too much. It was a two-minute drive from the exhibition centre, so really convenient.

You can read my detailed review to find out more, but I saw so many people and can’t really list them all here, but let me mention the main people quickly now: James Naylor of Naylor Games, Jaya Baldwin, Jessica Metheringham from Dissent Games, Paul Grogan of Gaming Rules, Bez from Stuff By Bez, Rory Muldoon and Matthew Dunstan of Postmark Games, Scott James of Minerva Tabletop, Robin Kay of Ruined Sky, Nikita Sullivan from Atikin Games, Gavin Jones of Jones Family Games Night, Rhi Saunders and Rob Ingle from Stop, Drop & Roll, Rory O’Connor from Hub Games, Michael Fox from Wayfinder Games, Russ of For Chits & Giggles and many more.

It was a huge event again and I finally got a chance to play some games after the exhibition halls had closed. It was even more special to have a good friend of mine along for the journey.

I will not list all of the new games I played in 2022, but there were around 60 of them. On top of my weekly Tuesday night games group, I also started a couples night with our neighbours and our daughter re-discovered board games, which is wonderful. In total, I got more than 350 plays in over the year and reached an H-index of 9, meaning I played at least nine games at least nine times. The most-played game of 2022 is Town 66, which is so quick and has such a wide appeal that it’s really easy to get to the table.

I would say, 2022 was a really good year for board games. There have been many new and exciting games as well as some not-so-great and rather disappointing ones, of course. As usual, there have been many new (self-)publishers joining the hobby. Some publishers that started out small in the last year or two have since grown and released more titles, while other, well-established names have gone out of business.

Overall though, I would say the industry is pretty healthy and has weathered the storm of the pandemic and economic downturn pretty well. That is not to say that we won’t see more companies go into bankruptcy, but I think there is a trend of fresh ideas and people entering the industry, which is a positive in my mind.

Apart from continuing to release all of my written articles in audio format as well, I’ve been invited to become a permanent member of the Brainwaves board game news podcast. It is an honour to have been asked to help the team and inform the hobby about what’s going on in the board game industry at large – the good, the bad and the ugly alike. I’m still finding my feet, but I hope I provide useful contributions and that my opinions are valued. The podcast has been going strong for many years and I have always admired how open and honest they present the news every two weeks.

So let me finish this article with some hard facts. Taking a page out of Brainwaves‘ book, I want to be open and honest about how much I spend on running the blog, how much I get in the form of review copies, press passes and similar and allow you a behind-the-scenes look into how Tabletop Games Blog works.

I never intended to make a profit from running the blog, even though that would be amazing, of course, but I do need to pay for things, such as blog hosting, software, equipment, new games, attending events and such.

Let me also mention at this juncture, that I do commercial work as Make My Game Travel and it’s this work that I hope can eventually allow me to spend more time in the board game industry and less time at my day job. I don’t know if I can ever afford to go full-time with board game projects, but it’s something I am trying to do. So, if you need any help with English-German or German-English translations or localizations, or if you know anyone who does, please get in touch with me. I have already completed two board game translations in 2022 and look forward to doing more work.

Please Note: The figures I provide below are rounded up or down to the nearest five pounds.

I spent over £900.00 on over 40 games. That’s a huge amount of money and really quite scary. I simply can’t maintain this amount of spending going forward. I will try and get more review copies and also try and review more games that my friends have bought. Actually, let me thank my friends at this juncture for buying games and bringing them to our games nights. It’s been a huge help to allow me to continue to publish a new board game review every week.

To try and recoup some of my spending, I started selling some of my games. I don’t feel good about asking for money, but I just have to somehow offset the money I put towards new games. I was lucky to sell over 25 games and promos this year, recouping around £360.00 after paying for postage, selling fees, etc. These were mostly smaller games, but it all added up. I still have more games up for sale, so feel free to take a look here: https://tabletopgamesblog.com/mygames/#games-for-sale

So if you take my sale income off my spend, I was able to reduce the cost of new games down to around £540.00. That’s still a lot though.

I did also get a number of review copies for free this year. Their retail value adds up to around £485.00, but I don’t sell any of these games, because I feel it makes my reviews a little bit less independent. I know some of you will disagree with this, but there we are. I prefer to either pass my review copies onto other UK reviewers or to board game clubs or similar.

Hosting my blog and paying for software and other equipment, like a new microphone, adds about to around £445.00 for 2022. I offset this expense with the financial support I get from my Patreon and Ko-Fi supporters and sales of t-shirts, hoodies and such like through Sir Meeple. That added up to around £450.00 this year, meaning I can cover my costs in that respect, which is great.

Of course, having more supporters is always great. So, if you can afford to and want to support me, please have a look at my support page for more details: https://tabletopgamesblog.com/support/

Attending board game conventions in 2022 cost me around £340.00. That’s for petrol, food, accommodation and such like. I did get free press passes with a face value of £85.00, but it is still quite a lot of money for me to go to these events. I do want to continue attending board game exhibitions in 2023, but I have to be selective of where I go and try and find opportunities where I get free accommodation or other pay to offset my costs.

I also spent £60.00 this year for new business cards and pin badges, which I felt was important and led to some work for Make My Game Travel. So it was money well spent, if you ask me.

I also made around £110.00 in advertising income, so this cost is definitely offset.

So, overall, I spent around £825.00 on the blog, if you include everything. As I say, I don’t sell my review copies and I can’t buy anything for free press passes to exhibitions, but those do help, of course. At the end of the day though, I can’t continue to spend several hundred pounds every year to continue with the blog. I need to find other ways of reducing my costs and be more thrifty when it comes to finding games to review.

Anyway, I hope you found this information useful and got an insight into how Tabletop Games Blog works.

I definitely look forward to 2023. There are a number of games still making their way over to me and I can’t wait to try them out. I also hope our weekly games group continues, as well as the couples night. I am also hoping to start a board game club at my local climbing gym, which will give me the opportunity to introduce more people to our fantastic hobby.