When you have a long-standing, regular games group, you will probably have already established certain “house rules” that define what’s considered good behaviour at the table. Chances are many of them are actually unwritten rules that have just come out over time and are based on the types of people you play with. In this article, I want to try and talk about a few of these rules that are probably generally useful to have at games night, whether this is with a long-established group or people you’ve just met. 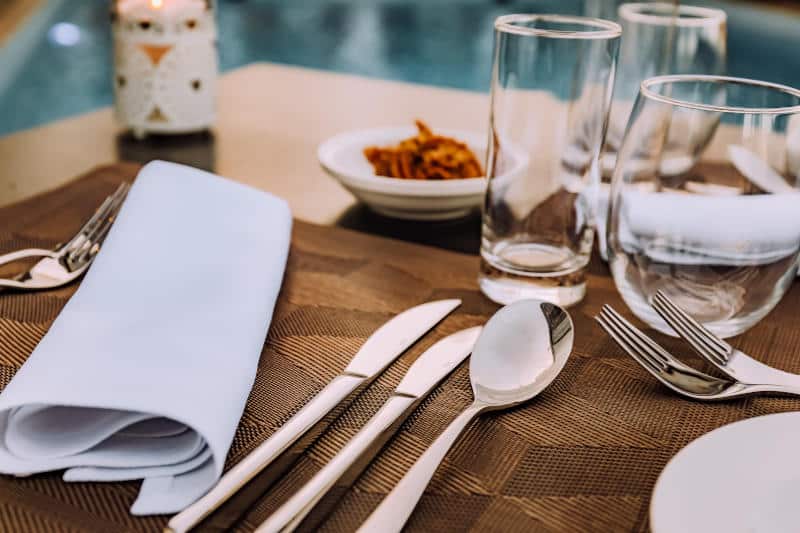 (Photo by Naim Benjelloun on Unsplash)

I think it’s a rule that many people will follow without question. You don’t really want to beat up the player who is in the worst position and is least likely to win. It just creates unnecessary bad blood among the players. Let people have a chance to catch up.

In many games, following this rule shouldn’t be an issue. However, there are some games where it’s not so easy. Sometimes you have only two choices: make a move that puts you in a terrible position or do something that benefits you, but that puts the weakest player in an even worse position. If that’s the situation and there really isn’t a third option available to you, then I can forgive you for beating me up, even though I’m already way behind and have no hope of winning. Just make sure you explain this to me, so I don’t get the impression you’re just being horrible to me for no reason. After all, maybe I can spot something that would be a compromise.

Beat up the Player in the Lead

The flip side of this rule is: always beat up the player in the lead. OK, maybe that’s just our games group, but I do think it’s fair if players team up to try and take the victory of the person who is hugely in the lead and when there is no hope of a single player catching up by themselves. I appreciate that some games groups may prefer to just play a multi-player solitaire game and allow the leader to take victory, but if you are a little competitively minded, then trying to stop the best player from winning should be acceptable.

It becomes a little bit more complicated when you have a player who never thinks that they are about to win and are hurt when everyone else around the table attacks them. Again, maybe it’s worth saying why you’re attacking that player and pointing out the superior position they’re in. They may still not believe you and still feel they’re the target of everyone’s wrath without any justification, even when they still eventually win the game despite the group’s efforts to stop them, but at least you tried to explain why you’re doing what you’re doing.

Having gotten the probably more controversial rules about player interaction out of the way, let’s look at a rule that I think everyone can agree on: don’t be the backseat driver and tell everyone what to do. The concept of an alpha player is well known in co-operative games, but I think it also applies in competitive games.

Sure, your group may love table talk and encourages everyone to suggest what other players should do on their turn, trying to lead them into making a terrible choice that puts them behind – but when you have someone at games night who’s not played a specific game before, then maybe don’t do that.

Generally, it’s always best to give people agency. Let them make their own mistakes. Allow them to make their own choices and see where they lead them. Don’t be tempted to stop them from doing something that you think is the worst possible option. They may just need to play it out and see it for themselves – or they’re just about to spot their mistake and take it back, before they finish their turn.

Of course, if someone specifically asks for help, then offer it, but even then try to only guide them, rather than play the game for them. Maybe give them a couple of different options and explain the pros and cons of each, if they want to know more detail. It really depends on what the person wants to know. Sometimes overexplaining things is very off-putting, so bear that in mind.

Talk About What You Do

Speaking of playing a game for the first time, something I always encourage everyone to do is to announce what you’re doing on your turn. Say out loud that you’re doing the “income” action, which gives you three gold, because you have three ships in the harbour and that it then allows you to spend two of those gold to buy four apples, because the location you’re currently in sells apples for half a gold each. Be really specific and take it step by step.

In my view, this has two advantages: you’re less likely to make mistakes or forget to pay for goods or similar – and everyone else can see what you’re doing and learn the game together with you. I know, some people are so competitive that they don’t really want to share too much information, in case it gives the other players clues about their strategy, but when it’s your first or second game, or when it’s another player’s first or second game, you really need to share and be open.

I don’t think it’s necessarily expected to explain why you took one action over another and what other plans you have in mind, but again, I think it’s worth doing that when you or someone else in the group hasn’t played the game before.

One more thing I want to talk about is note-taking. I have a thing about the memory element in games. I often don’t like games where information is public until you take a certain action, at which point you have to remember that information. For example, there is a river of cards that people can buy from. Everyone can see which cards are there and everyone can see who buys what cards. However, once bought, the cards are kept face-down or in your hand and are therefore secret. You now have to remember what cards someone bought. I don’t like that and I prefer games where public information stays public.

Saying that, I do also love Dune. In that game, information is valuable. It’s no surprise that the rules state that only one faction can take notes. I do accept that in this game, information that was once public will eventually be kept secret and it’s up to you to remember it. There are also some other games where I also accept that I can’t just take notes, many deck-building games for example.

However, I would have no problem with people taking notes during certain games. In fact, I’d probably recommend we keep public information public, when that’s not detrimental to the game itself. I just don’t think that someone who is great at remembering things should have an advantage, when the information was openly available for everyone to start with – but maybe that’s just me.

There are many other things that I should mention in this article, but I think some will be obvious to all of us and others will be specific to the group of people you play with. So I won’t go over them all. However, I do want to know what sort of “house rules” of etiquette you have that you would like to share here. It would be great to hear what rules you make sure are followed at your games night. Please put them in the comments below.