The longer you have been part of the board game hobby, the more you are used to various terminology and conventions. You will also have become more accustomed to the way rulebooks describe games and how to read them to get the most out of them. However, if you’re still new to the hobby then some things may not be obvious. In this article, I want to look at some of these terms and conventions that won’t be familiar to people new to our hobby and also touch on whether rulebooks should be expected to describe them in more detail. 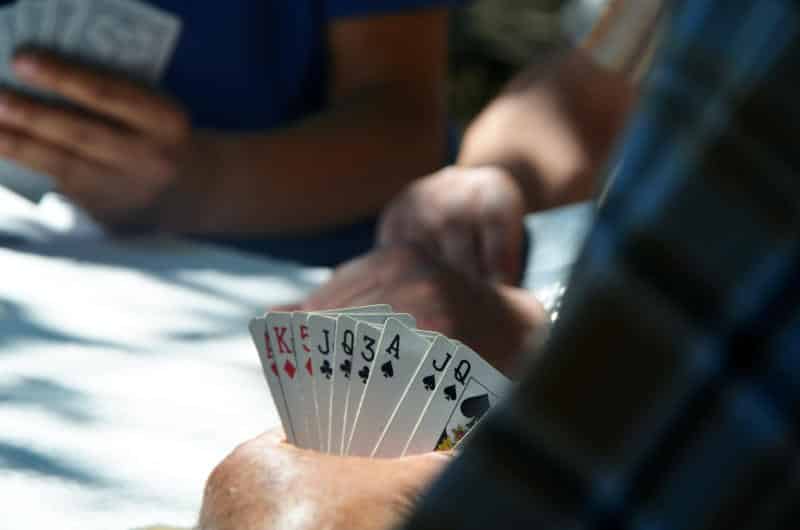 (Photo by Inês Ferreira on Unsplash)

Let’s start with conventions that are related to cards. I am choosing card terminology because a lot of people who are not familiar with modern board games are likely to have grown up with card games or are at least familiar with card game terminology. For example, I think pretty much everyone will know what a deck of cards is and the difference between face up and face down. Even if you’re never played a deck-building game, you probably will have played or at least heard about trick-taking games or other card games. So I don’t think these terms need to be explained in more detail in rulebooks.

However, the term “in hand” seems to have diverged from its original meaning when used in modern board games. In traditional card games, you do hold some cards in your hand for most of the game, usually fanning them out, so you can see them and this is your hand of cards. These cards are actually physically in your hand, so the term is just taken literally.

In modern board games, on the other hand, you may have too many cards to deal with or need your hands free for other activities, like placing workers, so that you end up placing your hand of cards face-down onto the table. These cards are still technically “in hand”, even though you probably only actually hold them for a tiny amount of time during a game. The term has persisted, even though it no longer follows its literal meaning. It is now used to indicate those cards that are yours and that you keep secret and don’t share with others, whether you actually hold them in your hand or not.

So maybe it is worth describing the term “in hand” in a little bit more detail. I have certainly found that sometimes people I play with aren’t clear about what “in hand” means when they actually never really hold the cards during the game.

Turn order is another convention that many people who aren’t familiar with modern board games will understand to mean “in clockwise order”, at least in Western cultures where reading from left to right is the standard. In the hobby, turn order can be something else though and isn’t necessarily related to the way players are seated in relation to each other. Turn order can be a lot more abstract and be based on faction ability, victory points or some other measure and it can change several times through a game. It isn’t necessarily clockwise or anticlockwise, but can be jumping around the room and seem almost random.

A lot of rulebooks do describe turn order in quite a lot of detail when it’s not the traditional clockwise sequence and even when it is, most rulebooks do say so. I think that’s great.

The concept of the first or starting player is usually well understood. I think every game, be it a playground game you have played as a child or a traditional card or board game, has a person who goes first, with the game usually continuing in clockwise order. Many modern board games do exactly the same thing, but not always. Every game with turn order will have someone who goes first, but for some games, the first player is actually an important concept and in other games, the first player can change from round to round or at other times during the game.

Again, the idea of having someone who begins a game and calling them the first player has evolved into something with some additional meaning and I think it’s worth explaining that in rulebooks. Saying that, most rulebooks are really good at explaining when the first player is important and why, so the hobby is already pretty good in that respect.

One more thing I want to discuss is the idea of hidden information. The idea of keeping what you know secret is usually something that’s quite obvious in traditional card games and is linked to the concept of your hand of cards. Trick-taking games often don’t say that you aren’t allowed to tell or otherwise share with other players what cards you have, but it’s implied by the fact that you hold your cards in your hand facing you, so others can’t see what you’ve got.

I think it’s worth pointing out the status of information in rulebooks and making it clear what’s public and what’s private and ideally also explaining why that is. In some games, it can be crucial to have certain information, but when this information is secret, then the rulebook should say so to avoid arguments and confusion.

I’m sure there are other conventions and terminology in modern board games that has some implied meaning that’s nowhere explained or described, but that is obvious to people in the hobby. Have you come across something like that before? What games can you think of? Has the rulebook just not mentioned certain terms and just assumed that you know what they mean? Please share your thoughts and experiences in the comments below. I’d love to hear from you.