Learning a new game, playing it for the first time, probably with a few rules mistakes, then playing it again, now with a better understanding of how the game works, then playing it once more, after having formulated a rough strategy and feeling you know what the game wants from you is a lot of fun. We’ve all experienced this, I’m sure, but there is another level to playing games that only becomes apparent after several plays. It is what is often called the “meta” of a game. 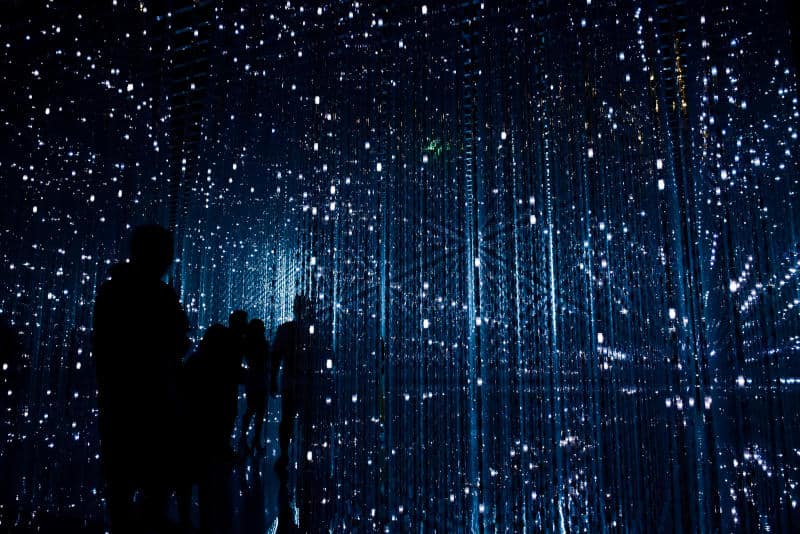 (Photo by Robynne Hu on Unsplash)

“Meta” basically just means “being self-referential”. It’s the game within the game. It is what you discover after having played the same game more than just a handful of time. After having learned the rules and corrected any rules mistakes in early games, after having learned how the game works, where the points are or when to pivot from one strategy to another to clinch victory, another new game starts to emerge.

A strategy that has been seen as absolutely invincible can turn out to be really weak as players develop counter strategies and discover new ways of playing the game. They respond to an established way of playing in new ways and almost tear up the rulebook to create something different that nobody would have expected to be possible. The game suddenly becomes almost not about winning, but about identifying weak points in other players’ approaches and looking at how the game is played from a different angle.

When you have played a game so much that you know the rules inside out and are fully aware of all edge cases and special conditions, when you have absorbed the game fully and by osmosis, by playing it over and over again, you can start to see beyond the theme and the rules as they are written and you start to read between the lines and start to reach down to the core mechanisms of the game and how they interlock and interact. You begin to see another game within the game.

I have seen this for myself in Scythe by Stonemaier Games. When you first play this game all about mechs and re-building your military strength, you quickly learn that the Rusviet faction is the most powerful. You will play game after game where they win outright and it seems impossible to defeat them. The faction feels overpowered. However, play Scythe a few more times and you realize that the Rusviet are just easier to play for newer players and more forgiving to making mistakes. When you become more familiar with different strategies and learn that every faction needs to be played differently, you realize the Rusviet‘s weak points and suddenly the Crimean faction is the overpowered one. Of course, it’s not overpowered either, because the really important thing to learn about Scythe is that you need to adjust your strategy according to what other factions are in play.

Every faction has a core strategy, but this strategy will change slightly depending on who they are up against. When the Crimean are in play, you need to consider that and make sure they don’t have any chance of getting too strong and if you do that, the Crimean look really weak and it feels like it’s almost impossible to win with them.

So Scythe is definitely a game where a meta develops over time. Players can’t just play each faction as if it was in isolation, but they need to form alliances with other players depending on what factions are in play, and then they need to break those alliances to take the victory for themselves. The game requires a lot more table talk than you might think. Players have to keep their plans secret but also influence other players to ensure a powerful faction can’t take a runaway victory.

I believe Dune by Gale Force Nine is another game where a meta develops over time and I’ve seen the beginnings of that, but I will need to play it quite a few more times before I can talk about this more.

There is another form of meta which I have encountered. There is a meta that develops within your game group, if you are lucky to play with the same people quite regularly. Your group’s “meta” is the dynamics that develop between people when they play certain games together. It’s their playing style and the way they interact with other players in the game – or even how they refuse to interact with anyone else.

We certainly have the turtling player in our group who just wants to play their own game and hates player interaction. There is also the combo player who loves to be able to get free, extra turns by playing cards or taking actions in a specific order and suddenly win the game at the last moment after having been far behind everyone else for the rest of the game. We have the storyteller who can find a story in even the driest and most abstract games. For them, the luck of a dice roll can create a memorable moment that could be the climax in the story of the game for them.

We also have the player who usually understands how to win a new game more quickly than the rest of us. They are the one whom we usually gang up on and they still take the victory. They are just able to see beyond the theme and the rules down into the core of the game and quickly identify what makes it tick and where the points come from. They’re definitely a strong player and win even when we all join forces against them.

At the same time though, that player tends to stick to a specific strategy, that they have identified for themselves as their winning strategy during the first few plays of the game, so when the rest of us have started to develop counter-strategies, they start to lose the game and tend to lose it consistently. As we all find new ways of playing the game and keep adjusting our strategies according to what other players are doing, the other player sticks with what they know and almost refuse to try something new, even when we point out why they’ve started losing the game after being the victor at the beginning.

It’s so interesting to watch how everyone in the games group keeps trying new things and probes the game space to find weaknesses or opportunities. I do that myself, but usually not quite as effective as others. Usually, I don’t win the games I play with my games group. I also tend to explore a game more from a review perspective, trying to identify if it offers multiple ways to victory, looking at how others find the game and so on. I’m usually not that good at working out how to win a game and play games more with my heart than my head. I am highly influenced by setting and tend to play games based on that, rather than seeing how doing something gives me more points than doing something else.

The meta of a game is really interesting and something that we all should explore more. It’s so tempting to play the next, new game rather than focus on the games we already have and stick with them to see what else they might have to offer. The meta of a game is something very special and exciting and it’s hard to describe properly. You have to experience it for yourself.

So I wonder if you have found the meta for a game yourself. I’d love to hear which games you play over and over again. Please share your thoughts and experiences in the comments below.