Over the years, I’ve played many games where you produce and have to manage resources of one kind or another. These can range from traditional things such as coal and ore or wheat and sheep to money, gems, energy or similar. Different games represent resources differently, so in this article, I want to look at what you might come across when you play a resource management game. 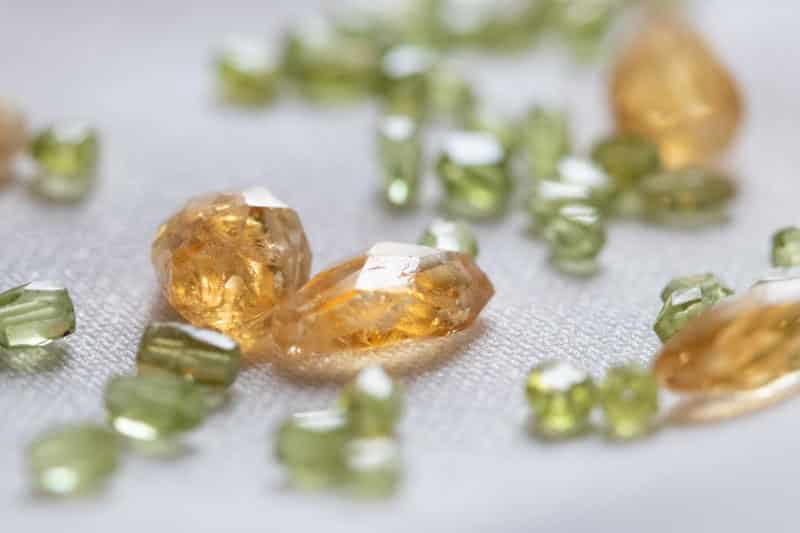 (Photo by Jene Yeo on Unsplash)

I think the most common form of resources in games is wooden cubes. They will have different colours, depending on the resources they represent and they may even come in different sizes to represent how much of a resource they stand for. So you might have bigger cubes for five units of a resource and smaller cubes for single units for example.

Sometimes people replace resource cubes with so-called “realistic” resources, which are usually made of some sort of resin or other plastic material that is the shape and colour of the resources they represent. So you could have tiny chunks of coal or bars of gold. Acrylic gems tend to be very popular when a game needs gems, energy crystals or similar. They look lovely on the table, but, of course, they’re made from plastic, which isn’t necessarily the best choice from an environmental perspective.

Resources are also sometimes represented by cardboard tokens, again often coming in several denominations, such as tens, fives and ones, so that tokens are less likely to run out. That’s usually the case for money in games. I usually replace cardboard money with metal coins if I can afford to, as it just feels nice to play with the metal money. It seems to help me think better. Similarly, poker chips are great and in my view, an ideal replacement for paper money.

Having a large heap of resources in front of you, be they wooden cubes, “realistic” resources, cardboard chits, metal coins or poker chips, is an amazing feeling. You feel like you’re rich and have achieved something in the game. It also feels great when you receive lots of resources and increase the piles in front of you. On the flipside, having to pay out a handful of resources does really hurt and makes you consider whether it’s the right thing to do.

I think it’s a bit like cash money versus credit cards. If you have to hand over notes and coins, you do consider whether it’s worth the purchase. Tapping your credit card is much easier and you don’t feel any pain.

Another way to represent resources in games is cards. Settlers of Catan, as I still call it, is famous for it. You have a hand of cards, where each card represents one unit of a certain resource. Migration: Mars, which I recently got via Kickstarter, does it too. I think, if it’s done well, then it’s a great way of being able to manage resources without other players knowing what you have and for Catan that’s the point. However, when the cards are too big and you don’t hold them in your hand and they’re double-sided anyway, so how many resources you have is no secret, then cards are more annoying than helpful.

After all, you want to know quite quickly how much of a resource you have and you don’t want them to use up too much space on the table. So a heap of cubes is better than a tableau of cards that uses up half your part of the board game table.

As a way to deal with the space that resources can take up on the table, some games have resource trackers instead. You will probably use a wooden cube to record how many units of a resource you have and you will have a different cube or different tracks to records different resources.

Tapestry has one resource tracker and four different, plastic components, one for each type of resource. You move the plastic tokens up the track when you gain resources and down the track when you spend them. When a token reaches the zero space on the track, then you can’t spend any more of that resource.

There are games that don’t track resources at all, at least not in the sense of accumulating resources. Instead, these games only display how much production capacity of different resources a player has. So you might have two sawmills, which means you can produce two lumber on your turn. However, instead of taking two lumber resource cubes or adjusting a wood resource track, you never actually keep a record of the wood production. Instead, whenever you need to spend lumber, you check that you have enough sawmills to cover the cost. If an item needs two lumber and you have two sawmills, then that’s fine and you can just take the item you want to build and your turn is done.

You have something like this, but mixed with actual resources, in Splendor. You have poker chips to represent different types of gems, as well as gold, which is the traditional way of recording how many resources you have. However, you also have level cards, which stand in for a sort of production capacity of a certain type of gem. So if you need to pay two diamonds and one ruby to buy a level card, but you already have two diamonds and one ruby level card, you don’t need to pay any poker chips and you can cover the cost from your level production cards instead.

It can be a neat way of dealing with resources in a game, but it can also be confusing, because you have to keep track of the different cards to see if you can cover the cost from the cards you already have or if you have to pay poker chips.

There are also games that have a shared map or tableau where players can place their ownership tokens to indicate they own the sawmill or whatever it may be that’s available on the central, shared space. Once they own a sawmill, they can pay for lumber from that. Sometimes these games also allow other players to use someone else’s sawmill, as long as they pay the owner something. In these games, you have to keep a careful eye on what you own to make sure you have the production capacity you need to pay for an item to build.

There are probably other ways of representing resources in games and I would love to hear from you if you can think of any others and what games they appear in. As always, please share your suggestions in the comments below.