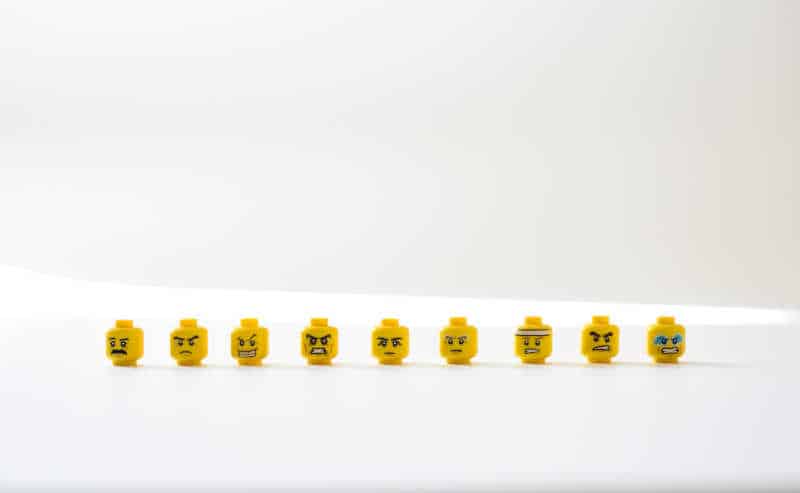 If you know me, you’ll probably also know that there is one game that I have a real love-hate relationship with. That game is Scythe by Stonemaier Games. I feel a lot of love for the game, as well as anticipation, even before we start playing. I really look forward to it and can’t wait to start playing it. I’m excited about choosing a faction, setting everything up and finally being able to take my first few actions. However, as the game progresses, I start to get frustrated. What seemed like a great plan turns out to be a disaster in the end. I lose horribly and hate the game. Yes, I hate “the game” not the other players. It’s nothing personal – it’s all aimed at the game. However, after I’ve slept on it, my hate very quickly turns into love and anticipation again.

Already here are a number of emotions, one following right after the other. It’s a real rollercoaster and that’s probably why Scythe is a game that means so much to me. It’s one of probably only a handful of games that evokes so many emotions in such as relatively short timespan.

Other games evoke more temperate feelings in me. Mystic Vale by AEG is a game that makes me feel quite calm. I’ve played it such a lot now that it reminds me of the feeling I used to get from playing trick-taking games such as Skat or Doppelkopf. When you play a game enough, a lot of what you do is almost automatic. You don’t really have to think about it a lot. Maybe it’s similar to the feeling a good chess player has when following one of the many well-documented and highly analyzed openings. There isn’t much thinking going on. It’s muscle memory. Maybe it doesn’t give you a zen-like experience, but it’s pretty calming in my view.

For a chess player, that feeling changes of course as soon as they go off an opening and get into the meat of the game, so that’s where the comparison stops.

Next, I want to look at tension and excitement. I think most games create those moments when things are close. Maybe in a competitive game, the players’ scores are only a few points apart right at the end or in a cooperative game there are only two cards left in the deck that decides when the game ends and you’re so close to winning together. Everyone is on tenterhooks, because nobody can call it yet – but it won’t be long until the outcome will be revealed. It creates tension and excitement, which will eventually resolve into happiness or disappointment and possibly laughter and joy.

There are also moments during a game, especially a competitive game, when you secretly hope that the other players can’t work out what you have planned for your next turn and all you can do is watch and pray that nobody uses the worker placement space you so desperately need or that nobody cuts off the railway route that is your only option to complete your routes. It’s a very personal moment, but usually a very memorable moment, especially if your hope becomes reality and you can do what you had so desperately wanted to do.

Times of high tension will evoke the strongest emotions. It can be especially disappointing when something doesn’t work out or you can feel really elated when you got away with something and everything turns out just as you had planned.

Some games can also evoke feelings of unease or maybe even disgust. I always mention The Cost by Spielworxx and Stasi – Over and Out by DDR Museum when talking about games that raise moral questions and ask players to make decisions that will leave a bitter aftertaste. I completely understand that feelings of unease or disgust aren’t what we expect when we sit down to play a game, but I do think those types of games have a place in our hobby and are something I am seeking out at the moment.

Games can also create emotions indirectly. I think we all know the feeling when we introduce others to a game that we are really excited about, but we’re not sure how it will be received. We hope that at least some people will like it. We also hope that we can teach it well enough for people to get into it quickly and enjoy it. So when everyone really gets into the game and clearly enjoys it or even asks to play it again, you’re going to feel amazing.

Mind you, even thinking about what game you might want to play next or even buy next, working on a different strategy for a game you played the previous day, marvelling at the artwork of a game or the clever mechanisms or, in my case, writing about games, all evoke emotions – mostly of joy and excitement.

I think that’s one of the reasons why the board game hobby is so amazing. It’s not just the community, but it’s the games themselves, buying or swapping them, looking at them, playing them and everything else that is a great feeling.