A 60 miles an hour dust storm is whistling around the small Mars base, pulling at the airlock, shaking the whole station side to side and blowing over the tiny buildings with a deep rumbling sound, while the computer equipment fans quietly hum away in the background and a random bleep from one of the monitoring systems indicates that our communications channels to Earth are still down. No, this isn’t a review of one of the many Mars themed games available these days, but an idea of how you might set the scene for everyone when playing one of those games, because in this article I want to talk about how you could create a thematic atmosphere when playing board games with your friends. 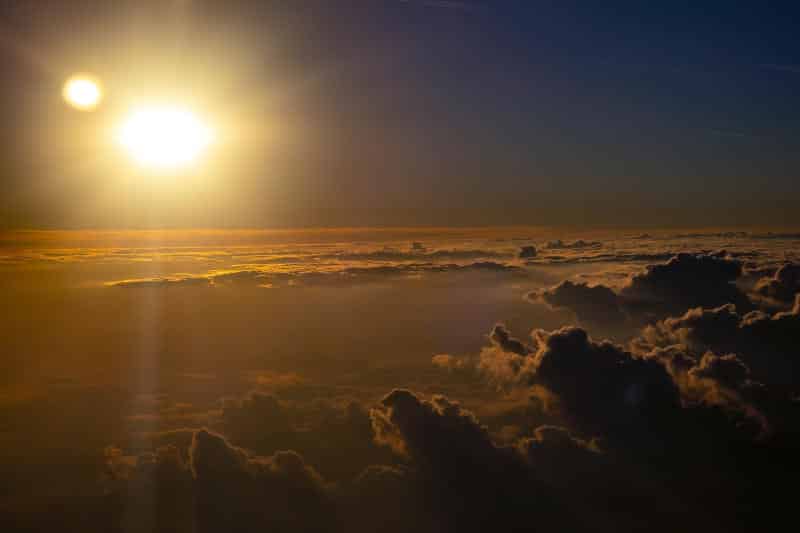 Video games do it all the time and so do many app conversions of board games. You can hear the world around you, the various sounds of wind or water, some footsteps, a few explosions and whatever else is happening, so that you are fully immersed in the action. There is usually also some sort of background music that changes as you move from scene to scene and as a calm moment turns into chaos.

Yet, tabletop games don’t usually come with a soundtrack or atmospheric music out of the box, which I think is a real shame. I love immersing myself into the world of the game I’m playing, so I love having ambient background sounds to help me along.

In fact, I’ve created my own audio mixes for a handful of games that I used to play on my smartphone as we were playing those games at games nights. For example, for Scythe I layered bird song, mooing cows, baaing sheep, wind noise and other sounds to set the scene of the world the game is set in and then every 5 to 10 minutes added the sounds of a walking mech and some gunfire and explosions to create the illusion of a battle taking place.

Of course, these sound effects weren’t in sync with the actions on the board. It was basically a one hour track that I would put on loop, but it’s actually quite easy to create a custom soundboard on your smartphone and tap the relevant button to trigger the right sound based on whatever action a player takes on their turn. There are a number of apps available that do that. I can’t make any recommendations here, but I’m sure you’ll find something suitable if you search for them.

Another option is background music, which you could even put on top of your ambient noise. For board games based on a well-known IP, that could be a simple matter of downloading the soundtrack of the relevant film and playing it as you play the game. One person in our games group loves doing that and is always busy selecting the right track depending on what’s happening in the game. The mood actually does change as the music changes.

However, if your game isn’t based on a well-known IP, there are also a number of websites that have long lists of playlists of music that fits the theme of a game. Again, I don’t want to give any recommendations here, mostly because I haven’t used any of the sites enough to do so, but if you search for them, you should find one that fits your needs.

Just imagine listening to bagpipe music as you play Clans of Caledonia for example, or fantasy music as you delve into Terra Mystica. I think it’s really neat and can really help bring people into the game’s world.

You just have to be careful with how loud you play your music or soundscapes. You still want to be able to talk to each other without having to shout. Mind you, if you play specific sound effects at specific times, maybe it’s worth turning them up to 11, so that some events become even more exciting.

There is more you can do though. I appreciate people aren’t meeting up at the moment and the following suggestions are not going to work unless you still play games in person, but I still want to talk about them.

The first thing is set dressing. Digital games often do that already, adding animations to what is otherwise static in the physical game. For example, I really love how you zoom in and out of the different terrain types in the Wingspan Digital app, or how the Lords of Waterdeep online conversion adds little animations here and there to bring the static illustrations to life.

You can achieve something similar with props. Let me say at this stage, that I decorate our front garden every Halloween with bubbling cauldrons, floating ghost lights, skulls and bones, spiders’ webs and even have a scary soundtrack playing with wolves howling, church bells chiming and the odd witch’s cackle here and there. I even used to have a smoke machine blasting out eerie fog from time to time and scaring trick-or-treaters in the process, but unfortunately, it eventually broke.

So, yes, I do like set dressing, but I’m yet to decorate one of our games nights. Yet, I can see how someone who is good at making props, maybe someone who also likes cosplay, could quite easily make the games room look like a Mars base or the inside of a dungeon. Even if you’re no good at making your own props, setting up a tablet showing a video of a sci-fi screen or putting a lantern with a flickering candle in a suitable place in the room will really add to the atmosphere.

In fact, one person in our games group has a variety of drinking glasses that can fit a game’s theme and is very proud of his Bladerunner whiskey glass for example. Unfortunately, we’ve yet to play a Bladerunner game.

I mentioned cosplay just now and of course, the other thing you can do to set the scene and immerse yourself more in a game is to dress up in such a way that fits the game’s theme. I appreciate that’s not for everyone, but you don’t have to don a full costume. A badge, maybe a hat, a distinctive jacket or t-shirt or some other accessories can be enough to dive deeper into the world of the game.

I keep thinking about what I could wear the next time we play Dune again in person. I don’t think a full stillsuit is for me and a crysknife might be a bit too over the top, but there must be some smaller items I could have on me that fit the theme.

So those are my ideas and suggestions. I wonder if there is anything you have tried or done yourself. I would love to hear how you help everyone immerse themselves into a game’s world. Please share your experiences in the comments below.