Here is another game that I shouldn’t like, because I don’t like memory games, where you have to remember what certain cards are. However, there is something very addictive about Silver, the new card game by Bézier Games. I can’t put my finger on it, but somehow I look past my dislike of games where I have to remember things when I play Silver. In fact, I can’t stop playing it, especially against the AI that comes with the app. 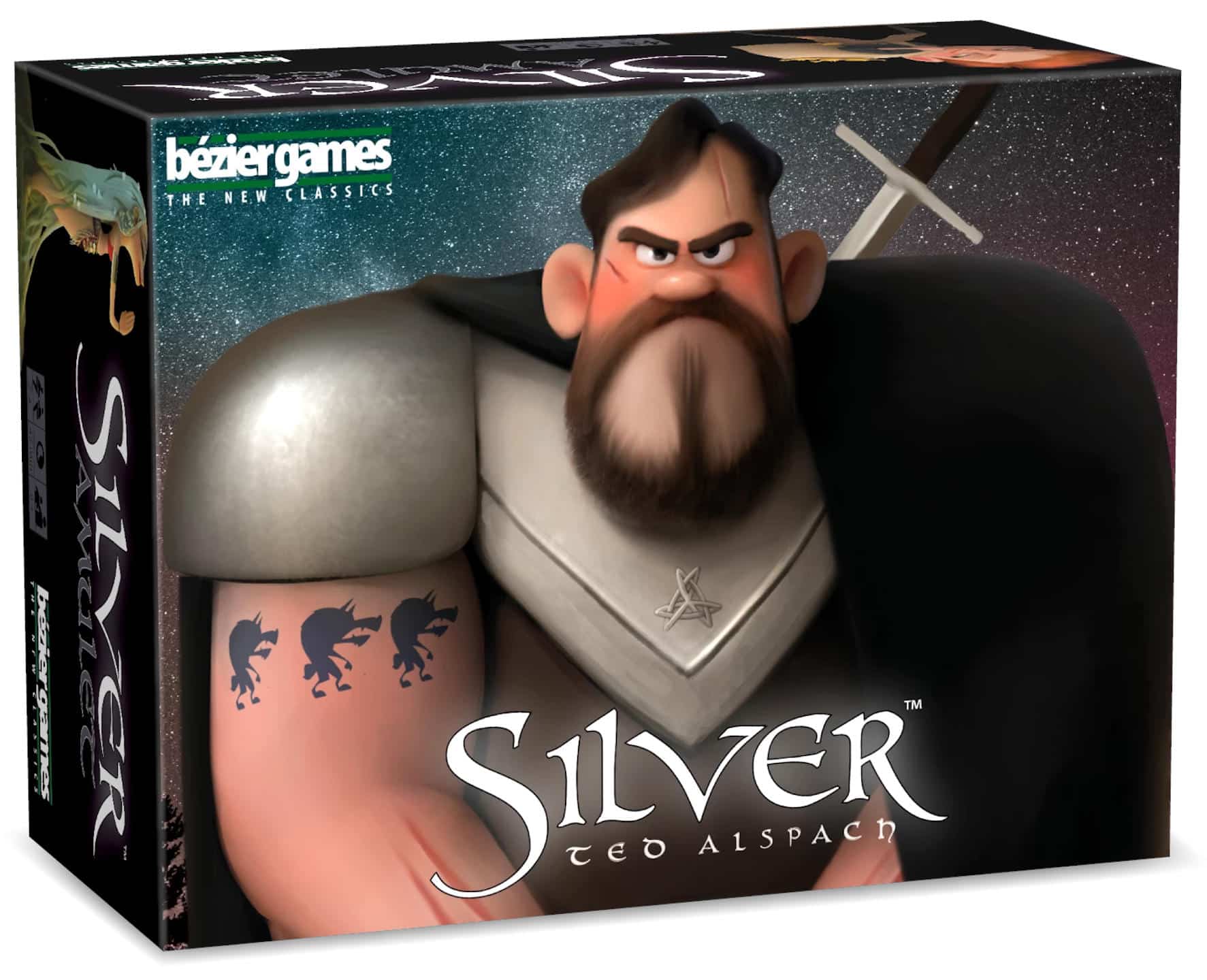 Maybe it’s the fact that every card you draw can be used in basically two ways – for its ability, or to swap with one or more of your own cards. It seems to be the former, when you play a card for its ability, that is so exciting. It is what turns Silver from being a simple game of Memory, where you just try and match two cards that are the same, into a game where you can use tactics to slow down your opponent or improve your own fortunes. It feels great when your opponent has passed, which means you only have one more turn to try and win the round, and you draw an 11 or a 12, allowing you to swap cards from your opponent’s hand with one that gives you the victory.

Let me explain. In Silver you win the game if your card points are less than your opponent’s – at least that’s the basics of it. All players start with a hidden hand of five cards and on your turn, you can either take the top, face-up card from the discard pile to swap out with one or more of your own cards, or you can draw a face-down card from the draw pile, allowing you to use it for its ability, or to also swap with your own cards.

When you swap with a card from the draw pile, you will know what it is, but it still goes face down in front of you, meaning you have to remember what it is. That can be quite hard, even when you’ve reduced your hand to three or four cards – and it’s this memory element that I don’t like, even though it’s a great exercise for your brain of course.

However, what excites me is when you take a card from the draw deck and use it for its ability. Every card has some sort of ability, ranging from turning a face-down card face up, to swapping one of your cards with one of your oppponent’s, which creates a good level of player interaction. Some card abilities can only be used when the card is face-up in front of you, and these can range from allowing you to peek at one of your own cards, to being able to look at extra cards on the draw deck, giving you more choices.

It takes a while to get used to what the different cards do and how best to use them, but once you have worked it out, Silver suddenly really shines. It’s when tactics become very important and it is no longer just a matter of remembering what cards are where. It really takes the game to the next level.

So far I have only played the game against the AI, but I can see how much fun it would be to play with one or more other players. The player interaction will increase, but playing with three of four players means that now you’re not just beating up a single opponent. In fact, you have to think more carefully whose cards you swap with, to ensure you’re not letting other players run away with a win.

If you don’t like memory games, then Silver is still worth a look for you. If you’re not sure, download the free app and try playing against the AI. Make sure you persevere though, as it will only click after a good few games. If you’re then still not hooked, then maybe the game isn’t for you – but I reckon Silver will become very addictive and you’ll soon rack up a few dozen plays.