We all know that the use of plastics has become a huge issue. So-called microplastics, tiny particles of plastic, have been found in fish and other marine life, and more recently even in arctic snow. Only last week did the World Health Organization ask for “further assessment of microplastics in the environment and their potential impacts on human health.” A lot of us have started replacing single-use plastics with recyclable alternatives, such as plastic straws with paper ones, or even plastic toothbrushes with ones made from bamboo. Yet, there is still a lot of plastic in a lot of tabletop games, and I want us to consider its impact. 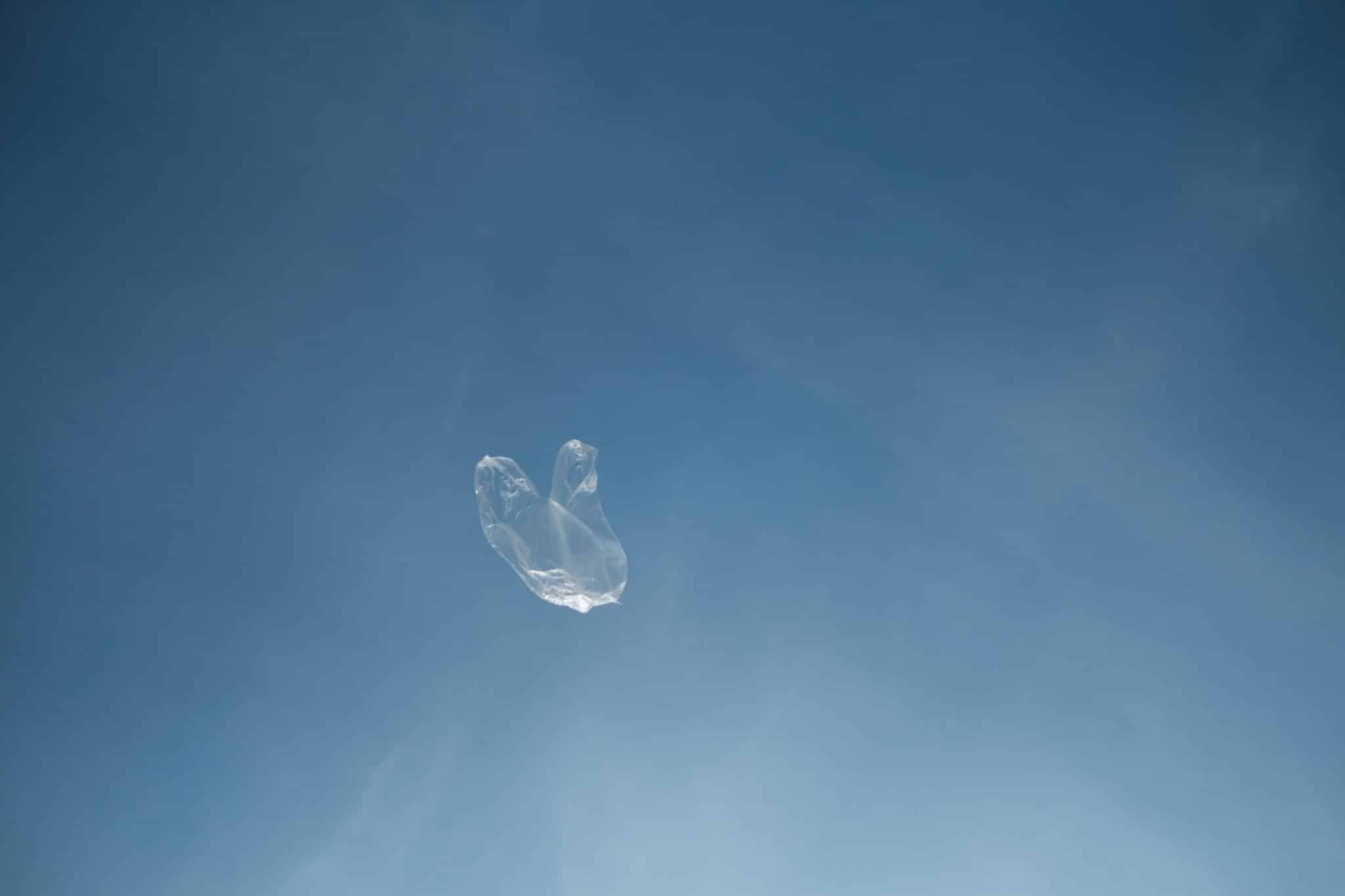 (Photo by Paul Bence on Unsplash)

First of all, let me say that this article won’t be able to cover everything. I will only be able to scratch a tiny surface of the problems that plastics can pose generally, but even just in the tabletop games industry in particular. There are so many different things to consider, and I am not an expert in a lot of these areas. However, I hope this article will make people think about the use of plastics in games and ask publishers more questions about possible alternatives.

Secondly, let me say I’m no eco-warrior or consider myself to be perfect. I’m sure there is more I can do to help the environment, but I do a lot to try and reduce my impact and I like to weigh up the benefits of what I do and the materials used in the things I consume against their drawbacks.

I think we all know that plastics do have their place. There are areas where plastics simply excel. Just think of the many medical applications for plastics, from simple things like syringes, to medical devices such as incubators, to more complex applications such as an MRI scanner, where metal cannot be used, to plastic implants that are durable, flexible and light.

So hopefully we can agree that the use of plastics is all about balance. It’s not just about removing all plastics from everything, but deciding where plastics are beneficial. There are also grey areas in my view, where some of us may think that plastics shouldn’t be used, while others feel that the use of plastics isn’t hugely negative overall. A lot of it will have to do with how much use we get out of the plastic as well as what alternatives there are.

Thinking about plastics use in the tabletop games industry, wrapping comes to mind first of all. I’m not a manufacturer, so I don’t know how critical the plastic film is that we all find around new games. However, when a game is sent to me in the post, I don’t see why it needs to be wrapped. After all, it’s the first thing that I will remove. In fact, if you watch a lot of unboxing videos, you’ll see how everyone struggles with removing this plastic film, without damaging the box.

I can see, however, that this plastic film is useful in your friendly local games store. It keeps fingerprints and sticky fingers off the box and keeps everything pristine. Yet, even in a games store I sometimes wonder whether it wouldn’t be better if the games weren’t wrapped. Quite often I want to look inside the box to see the components. The small image on the back just isn’t enough.

Then there is more plastic film around decks of cards, which I guess helps keep them in place, so they don’t get damaged in transit. Yet again this film gets removed and thrown away immediately, and it’s another fun part of many an unboxing video, where people love the little plastic strip that makes decks of cards easier to open. I think there is a better way of keeping the cards safe, other than using plastic film. Again, I’m not an expert in this area, but I would consider a good insert, that the cards will go in permanently, so everything stores nicely.

Speaking of inserts, these could also replace the dozens of baggies we all have for the various bits we find in games. It’s great to have a bag for each player’s components, so set up is a matter of giving everyone one of those bags, and they can place all their components where they need them. However, a modular insert could do the same, and maybe make the experience even better. After all, a tray for every player is much more interesting than a plastic bag for everyone.

Yet, inserts are often made out of plastic themselves. I assume this is because it’s quick and easy, and therefore cheap, to produce them using vacuum forming or such like. If an insert works really well and lasts as long as the game itself, then maybe having a plastic insert isn’t a terrible thing. It certainly feels a lot better than plastic bags that rip after a while and that you end up replacing over time.

However, there are of course wooden inserts that you can buy from third party suppliers. I would argue that wood from a managed source is much better than plastic, but I’m not sure which one is more friendly overall, especially if you consider that the wooden inserts would be sent separately and are heavier than plastic, increasing the carbon footprint due to the separate delivery path and extra load. My gut instinct would still be to go with wooden inserts over plastic ones though.

The next big use of plastic in boardgames are minis. Especially recently there has been a huge increase in the use of minis in games. For many of us, there is now an expectation that new games will come with at least some minis. Of course, minis are kept for as long as the game itself, so they’re not single-use in the sense of plastic straws. Many people love to paint their minis, giving them potentially an extra lease of life, beyond the enjoyment of the game itself.

Yet for a long time, minis were made from lead, or rather a mix of lead and tin, or even a lead-free alloy, and some traditional manufacturers will tell you that lead minis are superior to plastic, or resin, ones. Again, I don’t know which one is more environmentally friendly, if you look at the whole product cycle. However, it does feel like lead minis have an advantage, because there should be less waste during the production process. After all, lead can be melted down over and over again, which is much harder with plastics. On the flipside, lead models are much heavier than plastic ones, so delivery costs, from an environmental perspective, are probably higher. As I say, it’s a tough one to call.

Plastic is also used a lot for many essential components. Dice are often made of plastic, resources sometimes too, the stands for standees are always made from plastic, and then there are probably many other bits that I can’t even think of, but that I probably use all the time. Using wooden, instead of plastic dice should be straightforward, and most of the games I’ve played use wooden resource tokens, rather than plastic ones. I think it’s probably also possible to replace standee stands with wooden ones, but I’m not sure how well that would work. So here is another huge area of plastic use that we probably never think about, but that still plays a part in the overall problem.

It’s definitely not easy to decide what use of plastic is acceptable, but some tabletop games publishers have avoided the use of plastics in their game, or at least reduced it, for a long time. I immediately think of The Wood Games company, which use wood and card a lot – hence their name. However, even they will supply games with plastic bags. There is also a publisher who released two versions of their game that I can think of. Junk Art by Pretzel Games comes in a wooden and a plastic version. So the choice should be obvious, but the different price for the two versions might make you think twice.

In fact, I think a lot of the debate about plastics will come down to money. We need to be happy to pay more for plastic alternatives to allow publishers of games to produce them. It’s sort of a catch 22, because publishers will hold off until there is demand, but there won’t be demand until there is a product available to buy. I think all we can do for now is ask publishers questions and tell them what we think they should do, and whether we’re prepared to pay the higher price. It’s not going to be easy. However, maybe we can make a start and just be a bit more aware of how we feel about the use of plastics in tabletop games.

Please share your thoughts on the topic in the comments below. Do you wonder how bad the use of plastics in games is? Do you feel that some of it is vital? Is there any plastic use that you think should be done without? I’d love to hear your thoughts.