War games are often seen as controversial. Replaying the atrocities that occurred during a large-scale conflict seems completely inappropriate. Condensing the huge amount of suffering, death and destruction into a game of pushing tiles around a board and rolling dice or playing cards seems perverse. So in this article, I try to put everything into a bit more context and tease out the pros and cons of war games and how controversial they really are when compared to some of the other games in our vast hobby. 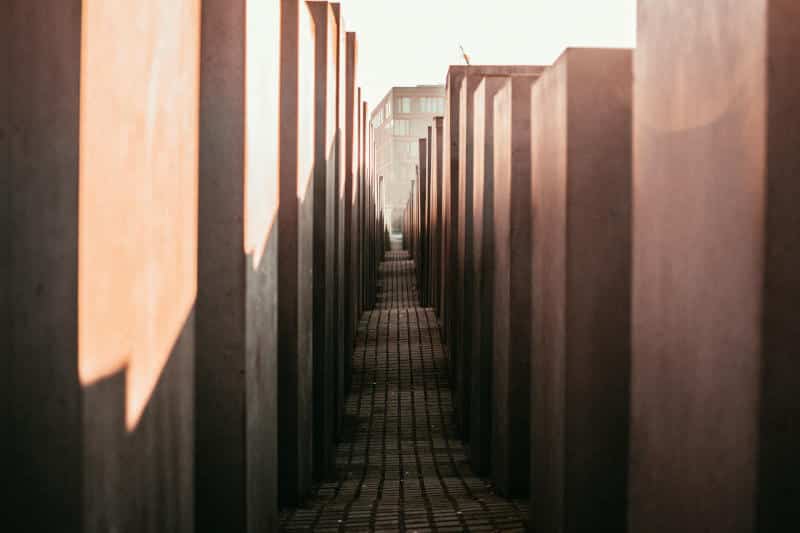 I think many of us will have had this moment in our childhood where we pointed a stick at another child and shouted “bang” – or maybe another child did it to us – or maybe two other children did it to each other. Either way, an adult probably will have told the children off for pretending to have guns. Society doesn’t approve of guns and other weapons and rightly so, especially when they’re in the hands of children.

The same is often true when it comes to civilians owning and using guns, but it will hugely depend on which country you live in and what your local laws dictate. Clay pigeon shooting is a popular hobby, but is not really accepted in wider society as something to be proud of. Even if you are part of a gun hunting club or live in a country where owning and using guns is every person’s right, the fact that there is a large population who is against guns won’t have escaped you. So, whichever way you look at it, the topic of weapons is controversial at least to some degree.

When it comes to war, opinions will be even further crystalized. Some wars seem justified, while others have a clear whiff of imperialism about them. Now, don’t ask me to take a stand for or against war or try and tell you when I think military intervention was justified and when it was not. That’s not what this article is about and I have nowhere near enough knowledge on the subject to make any kind of qualified statement.

However, wars did take place and more are being fought as we speak. War isn’t going to go away any time soon.

I reckon everyone reading this article will have been taught in school about at least one war. Some of us will have wanted to learn more about what went on. Finding out about the motivations and goals and how these changed during a conflict can be fascinating. Reading books or watching films is great. Actually playing through a conflict yourself can be even more useful.

Of course, war games can’t properly convey the suffering, death and huge amount of destruction that took place. Removing troop counters from the board is not the same as seeing soldiers die right next to you. It doesn’t convey what it would have felt like to receive a telegram or letter reporting the death of a loved one. Making tactical decisions from the comfort of your living room table pales into insignificance when compared with what impact that same decision would have had on the real-life battlefield and the people following orders.

Still, some war games try to give you a sense of what went on.

For example, the cards in Undaunted: Normandy each have the name of a soldier on them. The names were generated from those common at the time and don’t refer to any actual soldiers. However, it still adds a sense of being in command of real people.

The calendar in March on the Drina, which acts as the round counter, shows the time period and describes in a few paragraphs what happened in the real war. Reading a few sentences about pivotal moments in the conflict makes you want to find out more.

The cards in the Cold War game Twilight Struggle briefly describe actual events from the time. You start to remember what you learned in school about the Iron Curtain and the all-present threat of global nuclear war.

That doesn’t mean that the war games I just mentioned are or even try to be educational. Wanting to learn more about what happened in real life is up to the players. Even so, I reckon when you play any of the games, you will probably learn one or two things along the way.

There also are war games that try to give you at least some insight into what went on. They aren’t educational as such, but have additional booklets that describe what happened or refer you to books or other sources about the conflict.

Pax Pamir: Second Edition is a prime example. The rulebook puts the game into its historic context. There are also references to books that will give you a much deeper understanding of what went on.

Taking a different approach to conveying the horrors of war is This War of Mine. I’ve not played the game myself, but you’re taking on the role of a civilian trying to survive from day to day in a wartorn country. The board game is based on a computer game with the same name. It deals with terrible experiences and forces the player to make impossible decisions. The age rating of 18+ is very appropriate. It’s not a game for a light games night.

So, there is certainly potential for war games to help players learn something and bring the real-life events of the conflict they portray closer to the people around the table. War games don’t have to be just about pushing cubes or tokens. They don’t have to remove you from what went on. They can actually give you a deeper understanding of history.

Now, there is something else that I find much more interesting than the controversy around war games alone. Some people happily vilify war games and want to see them burn in hell, while happily playing games where you trade in the Mediterranean or pretend to be a Chinese Emperor’s advisor, just because it seems cool. They play these games as a bit of fun and hate it when others point out serious issues with them. They don’t want to worry about “politics” or have anyone question their biases. At the same time, they call war games awful, horrific or even perverse. It seems like a double standard to me.

I don’t want anyone reading this article to think that I’m defending all war games. I certainly am not, just as I’m not defending all of the other games in our hobby. Some war games are awful, just as some non-war games are awful. All types of games can blatantly ignore the atrocities that took place and the human suffering that was inflicted by others. All types of games can appropriate cultures and be racist, sexist, homophobic, transphobic and everything else that you can imagine.

However, I think there are also games, whether they’re war or non-war games, that try and teach us something important. They can remind us of some of the most terrible historic events. They can help us understand ourselves and, more importantly, each other.

Games don’t always have to be about fun. Learning through play can be enjoyable, because it gives us new insights or a deeper understanding. When we play games created by people who are not like us, we expose ourselves to new and different ideas. We learn about feelings, thoughts, concepts and other things that we’ve not come across before.

I think we need more games that try and tackle sensitive, but important topics. These games need to make a sincere attempt to treat these topics with respect. They don’t need to be dry and boring games. There does need to be something that makes us want to play these games, after all. I don’t know how it would work, but games talking about war, death, struggle, oppression and other uncomfortable themes and concepts are important.

Many games create emotional reactions, good and bad. Whether you’re frustrated because you lost again or overjoyed because you pulled off the most impossible combo, these are real emotions that were created while you played a game. Some games can make us feel really uncomfortable, but we’re never in any real, physical danger. Of course, I understand that, depending on your mental state, not every game will be suitable for everyone. However, I do think it’s time that our hobby started to tackle more difficult subjects. There is so much we all could learn.

Now, I would really love to find out how you feel about this. What is your initial reaction to war games? Have you ever thought about what it is you do in the games you play? Do you think a game is just a game? Are there any games you played that really made you want to find out more about something? As always, please share your thoughts in the comments below. It would be amazing to get as many of you to share with us your thoughts.