The longer we enjoy our hobby and the more games we play, the more our taste in games is likely to change. As a reviewer, I can only write about a game as I feel about it at the time, but even if my taste in games changes, the review will remain on the blog. So the question is whether a review should stay frozen in time or if it should be revisited with a fresh perspective. Let me try and answer those questions in this article. (Inspired by questions from Gavin Jones of Jones Family Games Night which he posted on our Discord. Thank you, Gavin.) 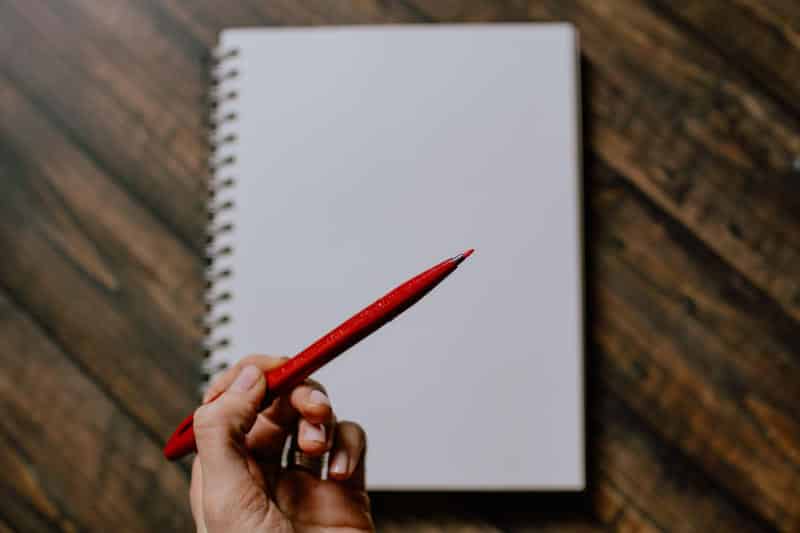 (Photo by Kelly Sikkema on Unsplash)

I think there are a number of things at play, when it comes to how our taste in games changes, and I want to talk about those first, before looking at how a reviewer’s change of taste should, or should not, affect a review.

The biggest thing is the so-called “cult of the new” or the “hotness”. Even if you’re not the sort of person who always wants to own the latest game before everyone else, most games will still eventually feel old and dated. Mechanisms that were once new and exciting, at some point become standard and commonplace.

That doesn’t necessarily mean that games will eventually be boring and some games will be evergreens that you can play years later and still have as much fun as you used to have. Yet, even with evergreens, the first few games will pretty much always feel different than subsequent games.

So I think there is always a change of how a game feels to us, as we play it more and more. First, we learn how to play it, then we get better at it and as we continue with it, our experience changes. A game might feel confusing to start with, then become more interesting as we get to grips with it, then change into really exciting as we have finally formulated a winning strategy and eventually become boring, because every game feels the same and we’ve explored the game space fully. Of course, another game may go from confusing to exciting and then stay at the exciting level forever. It really depends on the game.

However, there are games that have an ending. Basically any game with some sort of campaign mechanism or storyline will be like that. As you play the game, you will hear the story being told and when you get to the end, that’ll be it. You won’t be able to start again and rediscover the world you’ve just wandered through. It’s a one-off experience, be it that some games literally offer months’ worth of gameplay.

What probably has a bigger impact on our taste in games is that we learn new things, and I sort of alluded to at the beginning of the article. It is no surprise that we have the terms “gateway game”, “next step game” and similar. Whether you love or hate those terms, I believe it’s a fact that when we compare the games we played when we first started in the hobby to the ones we play now, there is a progression.

It’s no surprise. If you’ve never played a game with card drafting, the mechanism will seem confusing, especially if the game you’re learning has a number of other mechanisms you’ve never come across before. Yet, the more we play games, the more mechanisms we learn and the more comfortable we are with them. I clearly remember Lords of Waterdeep feeling like a relatively heavy game, but now it seems more of a relatively simple worker placement game, with some resource management and hand management thrown in.

So even though I still love Lords of Waterdeep, my taste in games has changed in so far that I’m comfortable looking for games with different mechanisms and possibly more mechanisms overall.

I’m sure there are more things that affect how our taste in games changes, such as who we play with, the mood we’re in and others, but let me finally address how all of this affects reviews.

As I mentioned at the beginning, when writing a review you can only talk about the experience you have with the game at the time. However, to be able to present a meaningful review, it’s very important that as a reviewer you play a game multiple times. The first game or two will be learning games. After that, it will depend on the game as to how many more times you play it.

Some games only need an additional two games or so to get a very good feeling of what the game is about, what the experience is like when playing it and how much it changes from game to game. Other games will need many more plays, because every game is different or you need to try different strategies to explore the game better. Sometimes you need to play it a dozen more times to get a good enough impression. It really depends.

In theory, a reviewer should play a game with different people, because quite often the people you play with will affect your game experience, and different people will have different experiences of the same game. In fact, as a reviewer it is always useful to find out what others thought about the game, as it informs your view and helps you decide if there is anything you may have missed or understood differently.

Assuming a reviewer continues to play a game they have previously reviewed, and I must say, that’s not often the case, given the number of games reviewers tend to cover, their experience may change further, either because they are getting to the end of what’s there to explore in the game, or because their taste in games has started to change.

Chances are, that’s probably months down the line, at which point the original review will be out of date. I think that’s unavoidable. Anyone reading a review a long time after it has been published, will have to accept that new games have come out, new mechanisms will have been developed and the hobby as a whole has moved on.

So in that sense, all reviews are indeed artefacts frozen in time. However, I, and some other reviewers too, do sometimes go back to a review and update it. In my case, I actually publish a new review, linking it back to the original, which I put under the heading “Takebacks“. I have done it for three games (at time of writing) so far, but will write more for games that I keep playing long after I originally reviewed them.

In those articles, I do look at the game again and I consider how the game has changed in my estimation since the original review. I even look at any errata, addendums or new editions a publisher might have issued since I first reviewed the game. That second review is usually a more thorough view of the game experience, because I will have had time to explore it more and probably with different players at different player counts.

So, yes, I do think reviewers should review their own reviews when possible, but I think for many of us the reality is that we don’t have time to go back, because we’d rather review a new (or new-to-us) game instead. That means, like a news story, a review is probably out of date by the time it is published, but it’s probably the best we can do.

So, how do you feel about reviews? Do you think they should be kept up-to-date? Have you noticed a change in your taste of games? How have you evolved over time since you first started in the hobby? As always, I’d love to hear from you. Please share your thoughts and experiences in the comments below.