The stock market is in turmoil. There is a financial crisis. Companies’ solvency is in doubt. Panic selling has started for some securities. The year is 1792, and 24 stockbrokers meet in Wall Street in New York under a buttonwood tree to sign an agreement that creates a new way of securities trading, which creates a closed market where everyone can trust each other to honour payments and where investments are legitimate. In Exchange: A Stock Trading Game of Strategy & Wit by Eric Sillies, you are one of the group of 24 and you have to use your wit and cunning to take the beginnings of a new stock exchange to what will eventually become the New York Stock Exchange. 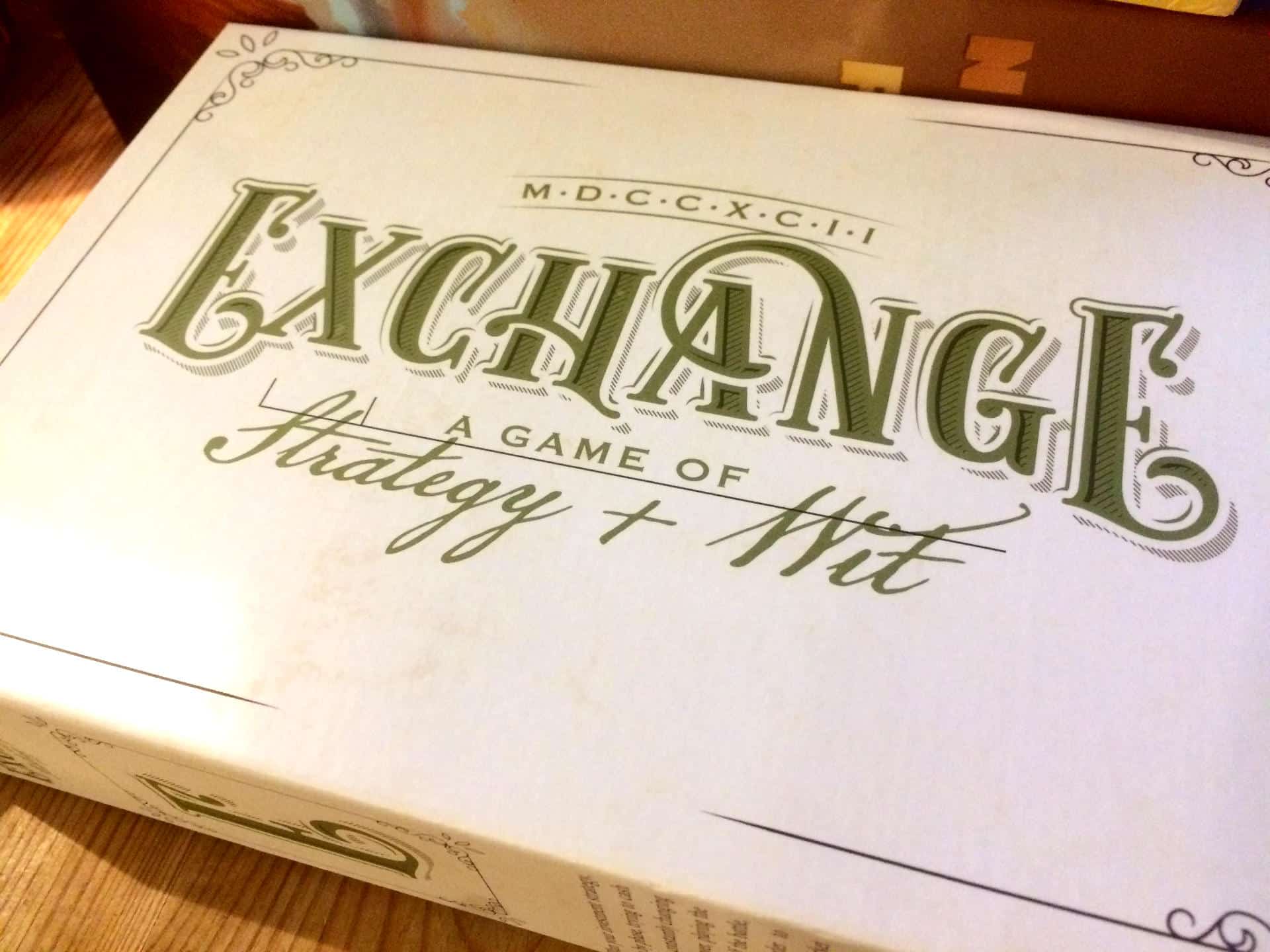 Here is a really cut-throat game where you keep a close eye on your colleagues’ stock holdings to outmanoeuvre them and make the most profit from the constantly changing market. I know that games with a lot of player interaction can be a bit off-putting, but even though trying to ruin the other players’ plans is the core mechanism in Exchange, it doesn’t feel too bad, because there are other players who may actually help you. The market forces as a whole balance things out, and if you’re smart, you can hugely benefit from other players’ attempts to bring you down. Bluffing, double-bluffing and making constant tactical decisions is what makes this game tick.

Also, if you do feel really hard done by, the game only lasts half an hour or so, so it’s over relatively quickly. Yet, everyone trying to beat up a single player can quickly backfire, due to the way the stock market works. You see, Exchange uses a mechanism it calls market bubble. It is when the price of a stock either goes below $10 or above $90. Suddenly that stock’s value flips around to the other extreme of the market. A stock going below $10 will then be worth $90, while a stock going above $90 will drop down to $10. If a group of players decide to try and force a stock to drop right down, they may inadvertently push it to the top.

You aren’t allowed to discuss what your plans are with other players, so everyone makes their choices in secret and then everyone reveals at once. Forming an alliance with other players is virtually impossible, even when the game state seems to single out a player as a target for an attack.

What makes Exchange so much fun is the need to predict what other players’ plans are, while trying to hide yours. Even when it’s clear that you and another player should take a certain action, such as push down the price of a specific stock, you both have to be careful to avoid the market bubble effect. There will be nervous moments when everyone reveals their actions and you wonder if you hit the market bubble, just to find that the player you were trying to attack actually took advantage of your plans and pushed their stock value below the bottom price and back out at the top, cashing in a huge profit in the process.

So I would say take a closer look at Exchange: A Stock Trading Game of Strategy & Wit, even if you don’t normally like cut-throat games. Of course, if you like games with a lot of player interaction, then Exchange will be right for you. It’s a lot of fun and a short enough game to be the perfect opening or finish for your games night.