A lot of games now come with an option to play against an artifical oponent – often called an AI, or automa. Don’t worry though, the AI won’t try to take over the world and enslave humanity. Instead an automa is there to offer the option of an additional player. In fact, some games allow you to add multiple automa, if you so wish. Artificial oponents come in many flavours and often provide different levels of difficulty, allowing you to choose how tough you want your new opponent to be. 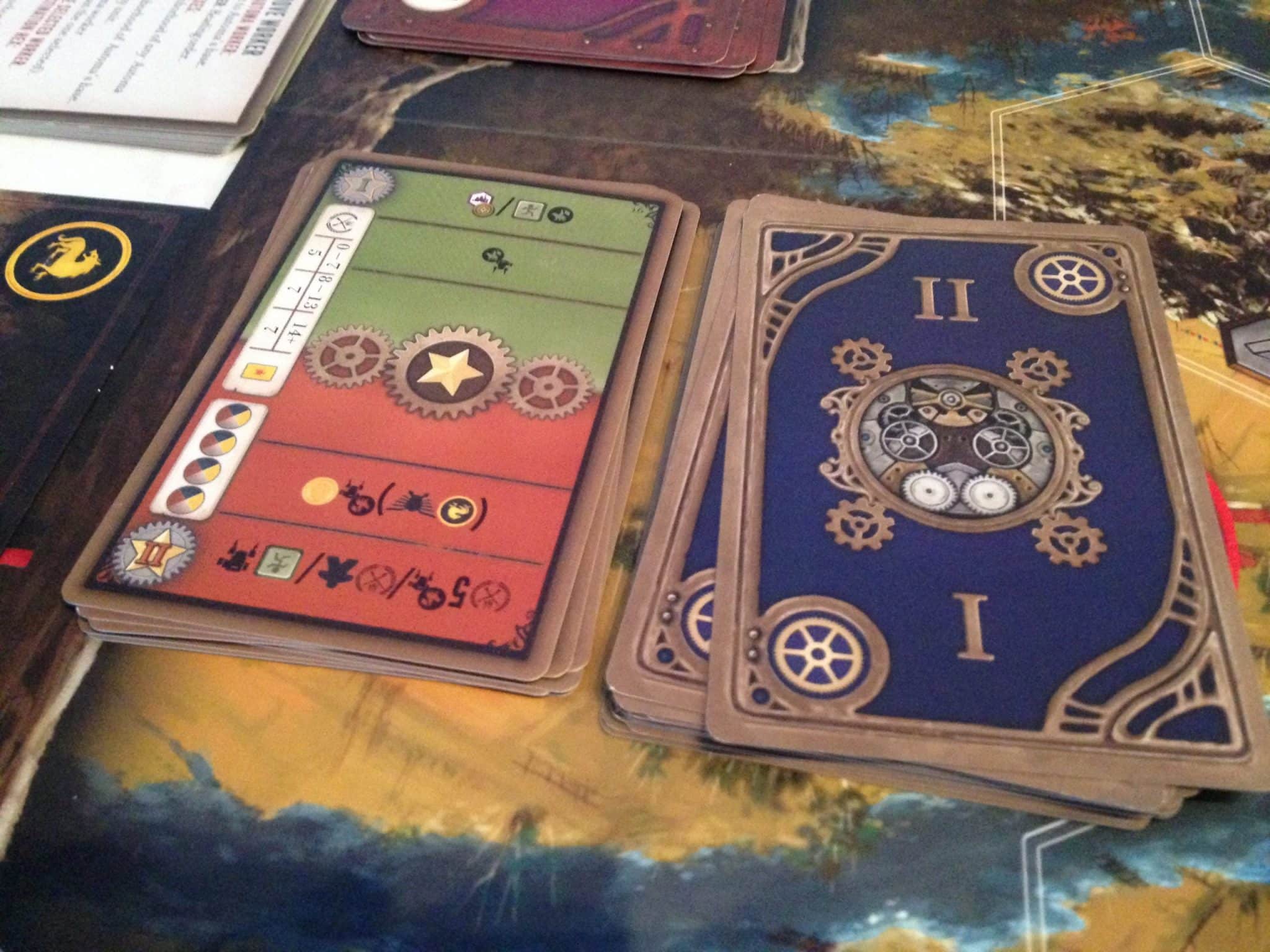 Creating an automa isn’t easy. Many games are too complex to create an AI that acts like a real player and obeys the rules. Instead, automa do their own thing, following their own set of rules, which underlines their artificial nature. It is often the nature of the beast, but can feel strange and at odds with the game. These kinds of AI can either be very unpredictable and random, making them very hard to beat, or they can become very predictable, making them more of a nuisance than an opponent. Therefore most people prefer an AI that follows the rules of the game and behaves like a real player, but this is very hard to achieve.

Some games make the AI follow a rough strategy, along the lines of: if possible, move in the direction of the goal, but avoid enemies. Here human players have to interpret the strategy and move the AI player accordingly. The approach creates a relatively natural feeling opponent. At the other end of the range of automa, there are games where artificial opponents basically appear at random, which is often very unsatisfying, but sometimes unavoidable.

Whatever type of AI, games of all player counts can benefit from one. Solo players may relish having an opponent to face. Technically solo games always have an artificial oppponent – the game itself – but most people would consider automa to be something else. An AI is more like a real player who also tries to win the game, creating an interesting dynamic.

Games with player counts of two and above can also benefit from an automa. In two player games, the AI can become the focus of the two human players, who may prefer not to attack each other. In three player games, an automa can avoid situations where two players gang up on the third, and instead all three players have to face the fourth, artificial player. Even at higher player counts having an additional player, with a different skill level, can make a game more interesting and create a new challenge.

Sometimes an automa is used to allow a game to be played at a lower player count. However, often it is done badly. If a game is desgined for at least three players, then introducing an AI to allow it to be played with only two is great in principle, but needs to be done well to keep the game as interesting and challenging as at the three player count. That is especially true of a two player game is turned into a solo game, simply by introducing an AI. When done well, it is amazing, but it isn’t easy.

Artificial opponents can also turn a competitive game into a co-operative one. Instead of everyone trying to win the game individually, all players team up to beat the AI. It is similar to my point above about solo games. Technically all co-operative games also have an automa – the game itself. However, an AI can actually behave like a character in the game, someone the players need to hunt and defeat, someone who has to follow the rules of the game, at least to some degree.

Another way of using AI is for playtesting. If you design a game with an automa, it means you can test it at different player counts. If you create two or more different types of aritifical opponents, maybe with different strategies or different difficulty levels, then you can test your game with many different players. You can mix human an artificial players in virtually any combination.

Similarly, an AI player can help you improve your playing style. You can learn how to play a game better when you play against an automa. It will depend a little bit on the type of game and the type of AI, but even a completly random artificial opponent will teach you new things about a game and force you to be flexible with your strategies and quickly adapt to a fast changing game state.

So artificial opponents are a real interesting aspect in tabletop games. Great AIs create an amazing game experience. An otherwise average game can really be lifted to a new level when it employs a clever AI.
What are your experiences with automa? Are there games where you think AI were implemented well, or badly? Have you played a game with an automa and without? Did the game play differently? Please share your thoughts and experiences in the comments below.