I enjoy games with quite a wide range of playing times. I like long games that take a couple of hours or more to play, up to a certain point at least. Anything above three hours is probably going to be too long for me. I also love quick games that take 15 minutes to half an hour, but I’m definitely not a fan of real-time games. In this article, I want to look at how timekeeping affects the gameplay experience. 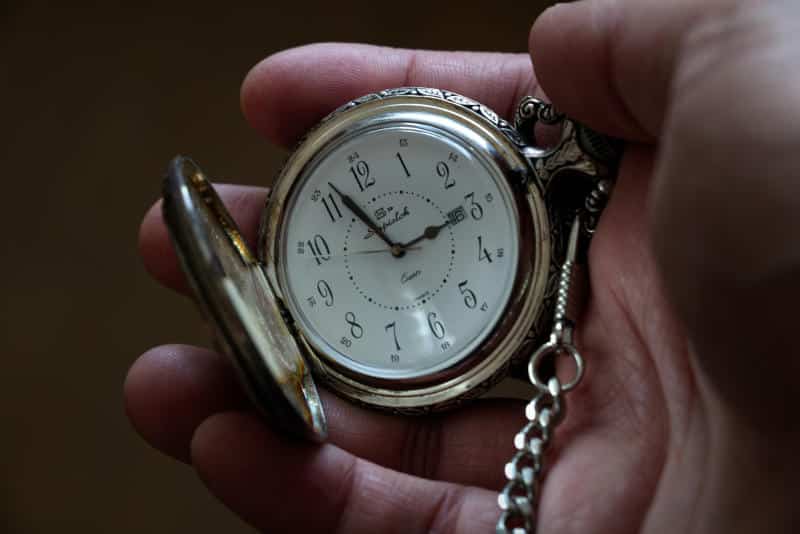 Let’s start by looking at games that play in under an hour. The shorter they are, the better they are for when you’re waiting for others to arrive or to wind down after a long game evening. These games tend to be light on rules and usually don’t require a lot of thinking. You usually make quick decisions and it doesn’t matter if you make mistakes, because you can easily play again. Winning or losing is often a secondary motivation to play quicker games. They’re more about fun and filling time.

That’s why analysis paralysis doesn’t usually set in during lighter games. Nobody feels they have to fully think through their turn to make the best possible choice. Nobody worries that they’ll be spending a lot of time on a single game and therefore want to ensure they get the most out of it. Everyone knows that the game will be over quite quickly and they can either play again or move on to something else.

There are some quick games that come with a sand timer or similar device to keep the game moving. These games try to enforce a time limit to ensure it’s all over within a relatively short amount of time. I think that’s extra pressure that’s unnecessary. As I said, I don’t like real-time games and even if a game isn’t real-time as such, having a timed element in it can be really off-putting and create stress. I play games to have fun and to get rid of the worries and strains of the day, or the week. A game shouldn’t rush me. I want to enjoy it in my own time.

However, there is something to say in favour of finding a way to keep a game moving.

If we look at the other end of the spectrum, where games take several hours to play, things change. Many longer games require a bit of planning. If you go in with a rough strategy, you’re probably better off. Even though it doesn’t matter quite so much at the beginning, thinking through your turn becomes more important towards the later game. Analysis paralysis becomes a reality in longer games.

These types of games also tend to have more rules and require more thinking. They can sometimes be quite complex, so you have to be careful and have a clear head to make sure you make no mistakes. Of course, sometimes it doesn’t become clear until the end whether an earlier turn was actually a mistake or not.

Longer games also tend to slow down towards the end. Many people will have come across the “last round syndrome“. It’s when everyone spends ages calculating how many points every possible choice offers, so they can take the action that gives them the most points. It often happens in the last round of a game, or if a game has a fixed number of rounds, it can be the last two or three rounds that slow to an excruciating crawl.

So if you were to introduce a sort of timer, maybe something along the lines of a chess clock, in those last couple of rounds, you could potentially speed up the game and probably make it actually more enjoyable overall. I know, I said that I hate real-time games and that I don’t want a sand timer. However, even I appreciate that sometimes it’s important to keep a game moving and not stretch it out longer than necessary. You don’t want games to outstay their welcome.

I think it’s sometimes useful if you trust your gut. Making perfectly calculated decisions may seem like the only way to win, but it also often takes longer. If you just play in a way that feels right, it’s going to be quicker. I must say, I’ve started to play that way a lot more often recently.

Some games are designed in such a way that the setting, theme, rules, mechanisms and everything mesh so perfectly, that you can literally just follow your gut instinct. The game almost leads you to victory and you’re not forced to constantly think through various options and weigh up the pros and cons of different decision trees.

If a game isn’t designed that way, then introducing a timer can push people towards following their noses. It’s probably going to feel odd and as I mentioned, can add some unwanted stress, but if everyone relaxes into it and maybe is less competitive, then being forced to make a decision on the spot can actually be fun. Get it right and you will feel amazing. Get it wrong, then the consequences can be disastrous and hilarious at the same time.

As I say, it’ll take some getting used to having a timer. You will have to agree as a group on what a good time limit is. It has to be realistic and not be set too low. Forcing the game to end early at all costs is not going to help. You probably also don’t want to be too strict in enforcing the time limit, but see it more as a rough guide about how long people should take on their turn. You probably also only need to introduce it towards the end of a game.

One game night, we decided in advance a hard deadline of when we would finish. So we didn’t have a timer, but instead said that we’d end the game at a certain time, irrespective of whether we’d actually finished or were still in the middle of a turn. I knew the game would last about two hours, so the deadline was actually achievable. When we reached about an hour before the end, I let everyone know and then made a time call about every 15 minutes.

I was surprised at how well this worked. We had a good hour where we could play leisurely and then another hour where we needed to speed up. We all wanted the game to finish on time and even though every decision became tougher towards the end of the game, we all started to trust our guts. In the end, we finished the game with three minutes to spare. Sure, we still had to put it all away, but that didn’t take too long.

So that’s another way to approach it. Again, you just have to make sure that the deadline is realistic and choose the game, or games, you play accordingly.

Now I wonder if you’ve ever tried something like this. Did you ever have to finish at a certain time? Have you ever used a sand timer or chess clock to keep things moving in a game that doesn’t come with a timed element? Do you use other means to keep a game flowing? Maybe you don’t care and have all the time in the world. Whatever your experiences, please share them in the comments below. I’d love to hear from you.