I have now spoken quite a bit about how to teach board games to people. Those articles were about teaching games that you have already played yourself and therefore know relatively well. However, when you buy a game, you will be faced with the difficult task of teaching the rules for the first time, before having played it yourself even once. 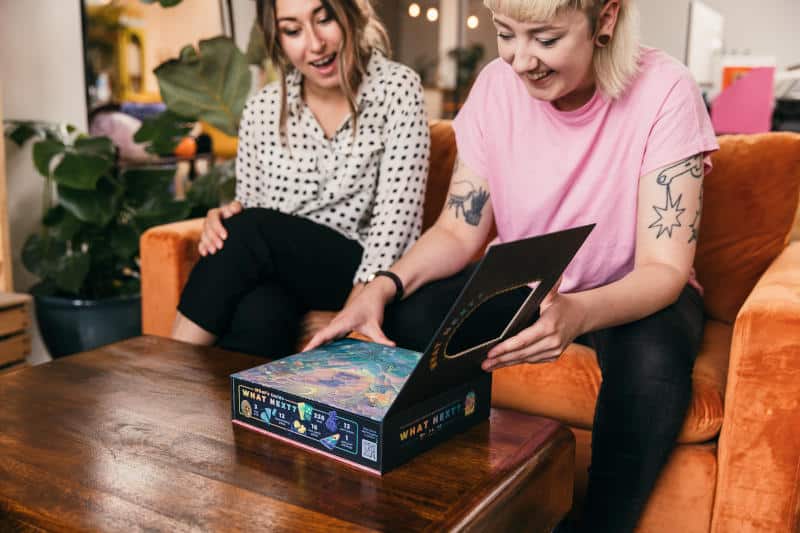 Of course, the best thing you can do is get the rulebook, learn the rules as far as you can, set up the game and start playing it by yourself. Play a few rounds to see how the game works and get a feel for it. You will quickly see how the rulebook relates to the game and where to find the information you need. You are likely to stumble across some edge cases or exceptions.

Many people are also quite visual. So having the game in front of you allows you to actually see it all for yourself. Actually setting up the game and playing it also works for people who are pretty tactile. I think generally speaking, physically moving pieces and touching components tends to help with remembering the rules and how the game plays.

If the game has only a relatively small number of rules and/or exceptions, you are probably ready to teach the game now. In fact, the fewer rules and exceptions there are and the clearer the rulebook is, the less likely you actually need to set up and play the game to be able to teach it to others.

If the game isn’t quite so simple, then even a full solo playthrough is unlikely to help you properly teach the game to others. Chances are, you will still need to refer back to the rulebook and check things as you explain everything to people.

You could write your own teaching guide to help you, of course. That’s what a lot of people do who create rule teach or playthrough videos, for example. After all, the layout of a rulebook often doesn’t bear a lot of resemblance to how you actually teach a game to others. You might find it easy to learn a game from a well-written rulebook, but that’s usually because you don’t actually read the rules cover to cover. You probably end up skipping certain sections.

For example, if a game allows players to take actions on their turn, you probably won’t read through all of the actions in the rulebook. You might read one or two, but then you’ll probably skip to the next section, so you can continue to learn how the game works.

Similarly, when you teach that game to someone, you probably won’t go over every single action straight away, but leave that to the end of the teach or maybe describe the actions as you explain certain areas on the game board.

Teaching rules for the first time is also not going to be able to cover anything other than the rules themselves. That might be fine for your games group, but quite often people would like to have a rough idea about strategy or tactics. That’s not something you will have been able to learn when you played the game by yourself as you learned it from the rulebook.

Again, it’ll depend on the complexity of the game. However, in heavier games, the best strategy will only come out as you play the game more often. That strategy is also likely to change with more plays, as your player group will come up with different ideas and different ways of winning. So unless the rulebook gives players a guide to how they should play the game, or their specific faction, your first teach is unlikely to be able to help your games group in that respect.

The only thing you might be able to say is where victory points come from, but even that isn’t always obvious or straightforward. It’s also not usually known what an average victory point score in a game is. So it’s not usually possible to gauge how important certain actions might be, if you base it purely on the number of victory points they give players.

Learn As You Go

I think it is really important that the people you’re teaching the rules to for the first time are happy to learn as they go. So many games will only really start to shine after several plays anyway. As long as nobody minds just bumbling along and trying out different things, you all can learn the game together. I would suggest you all say out loud what your plan is and why you think a certain action might be worth trying on your turn.

Also, discuss your first game afterwards. Share your experiences and talk about what worked and what didn’t. If you have an idea about how a certain faction might be played better, then do tell everyone about it. Your first game is an opportunity to learn from each other.

It is really important to accept that more complex games won’t immediately make sense. As long as the base rules are understood, then just start playing. If you’re not sure how a certain situation should be resolved, then maybe just make a decision as a group and carry on playing, rather than stopping play and spending a while searching through the rules to find the answer. More often than not, what feels right to you as a group is probably how the game wants you to play it. If that’s not the case, then you can correct it for the next game.

I wonder if you’ve found a good way of teaching a game you’ve just bought. Do you tend to learn the rules yourself and then teach it to your group? Do you ask everyone to learn the game themselves before you play it together? I would love to hear how you approach the tricky business of teaching rules for the first time.