With a climate catastrophe looming on the horizon, more and more people do what they can to try and turn things around or at least do their bit to slowly steer things in the right direction. The board game hobby is no different. More and more games now not only try and raise awareness of environmental issues, but the games themselves strive to be more environmentally friendly or even carbon-neutral. In this article, I want to highlight a handful of projects that do what they can to help the planet. 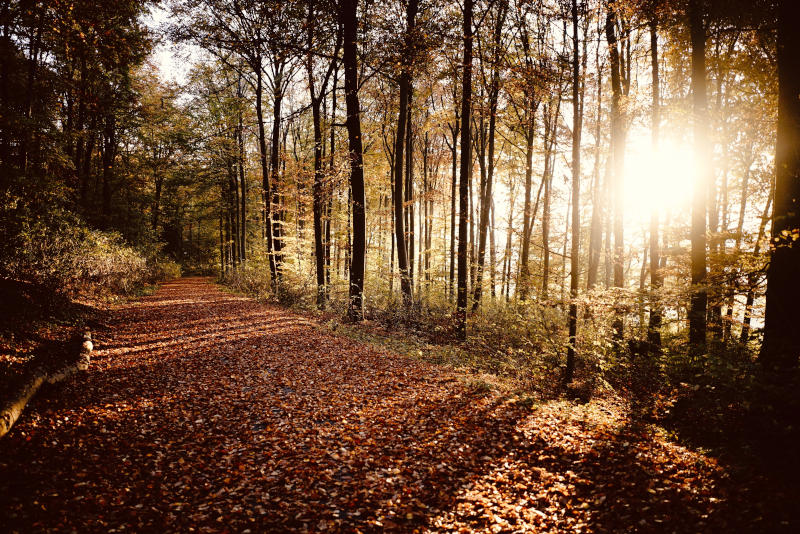 (Photo by Jonas Allert on Unsplash)

I think the one game that has really come to the fore is Earth Rising: 20 Years to Transform Our World by Laurie Blake from Stop, Drop & Roll. From the outset, this Kickstarter campaign made a point of being “100% sustainably produced”. Well, I say it made a point of it, but actually, it’s only halfway down the page that you find out about it. However, when you get to that part of the campaign page, you hear about Hero Time Manufacturing which “is the leading board game producer in sustainability, and the only manufacturer with the capability to produce 100% sustainable board games without sacrificing quality.” That’s a bold statement, but I think we need more boldness these days.

That’s not where this campaign stops though. Not only is the game manufactured using sustainable resources, but the publisher also looked into the shipping of the games from the factory to the customer. I don’t know how far they got with that, but their pledge was to “be offsetting all of [their] freight shipping emissions using Tree Sisters” if they were unable to find viable delivery methods. That’s another bold statement.

Taking it a step further, the campaign takes social media stretch goals to the next level, promising to plant trees for every 10 comments on the campaign page, every 5 posts where the publisher is tagged, every 5 likes on Board Game Geek, etc. It makes sense, because the game itself aims to raise awareness of sustainability and go some way in teaching people who play the game about what they can do and what a way forward into a brighter future could look like. However, other games that do this don’t go quite to the same lengths as Earth Rising.

In fact, the designer in particular, but the whole team in general, are passionate about the game’s subject and want to help other designers and publishers to become more sustainable. In a YouTube video on the Stuff by Bez channel, Laurie Blake goes through some concrete steps in the manufacturing and delivery process of a game and provides links to resources that help publishers to work out their carbon footprint and that offer advice to offset it, for example. I strongly recommend you watch this video at the very least, especially if you’re a board game publisher or self-publisher.

Another Kickstarter project that claims to be sustainable and carbon-neutral is Forests of Pangaia by Thomas Franken from Pangaia Games. Being a new German publisher, it’s no surprise that this game takes advantage of wooden components. Wooden games are a great tradition in Germany and German-speaking countries for centuries and it’s great to see modern games follow in these ancient footsteps.

Similar to Earth Rising, Forests of Pangaia also promises to plant trees to offset the carbon created during the manufacturing process and fulfilment of the game. They make a point of saying that due to Kickstarter policy, they “are not allowed to have pledge levels include a contribution to a reforestation program [but they’re] partnering with Tree-Nation to reforest areas in need and will fully offset all CO2 emitted in the production and fulfilment of this campaign.”

On top of this, their partner Treecelet will “plant one tree for every game unit ordered,” which is amazing, of course, as it will add to the carbon-offsetting efforts of this game.

The game is going to be produced in China and shipped to backers around the world and the publisher points out that “having only one facility for the entire production means a smaller environmental impact.” I’m not an expert in this field, so I don’t know how the environmental impact is different between manufacturing a game in China and shipping it from there versus having it printed in Europe, for example, and shipping it from there. All I can say is that if they deliver on their promise of offsetting the carbon for manufacturing and fulfilment, then that can only be a good thing.

Another project I want to mention is Pilfering Pandas by Wren Games. Their project isn’t aiming to be carbon-neutral or sustainable as such, but the publisher has always done what they can to manufacture and deliver their games in such a way that the product travels the least distance. For this game, they manufactured “the playmats in the UK and the game in Germany [and] have also chosen a fulfilment centre in Germany.” Reducing the distance between manufacture and fulfilment is hugely important, of course, so it’s great to see Wren Games taking this step.

The publisher went a step further and decided to adopt a panda. In their Kickstarter campaign update from 24 October 2021, Wren Games explains that “Kickstarter forbids funds going to anything except the delivery of the promised products [but when they] were on holidays […] there was a WWF stand with the adoption package [so they] adopted a panda through the WWF.” I mean, that’s just very special and it’s great to see small publishers going the extra mile.

I also want to talk about The Spill by Andy Kim from Smirk & Laughter. It’s a game simulating a giant oil spill from a drilling platform somewhere in the world. It clearly draws its inspiration from similar, recent disasters. Players are tasked with containing the spill and rescuing sealife. During the campaign, a new pledge level was added where the cardboard tiles that come in the base game would be upgraded to more substantial plastic ones. Backers of the campaign were understandably upset and the irony of a game about an oil spill using plastic components is pretty clear.

The outcry was large and the publisher responded. After checking their options, they decided to replace the plastic tiles with wooden ones. It’s understandable that a publisher has to make sure the financial impact of changes like these work out, but it was really wonderful to see that backers were listened to and the amount of plastic in this game was not increased unnecessarily.

As I say, it’s wonderful to see more games taking their environmental impact into consideration. It’s a shame that it is usually only smaller publishers or self-publishers who go the extra mile. It would be great to see bigger publishers doing the same. Well, one of them at least is doing what they can to make at least some of their games greener.

The Nürnberger-Spielkarten-Verlag, or NSV for short, has brought out their Nature Line of games, which is described as “100% game fun – no plastic.” The games don’t come in plastic shrink foil, but instead, there is a “slipcase made from recycled cardboard.” The inks and varnishes used to print the games are water-based. Cards use a paper banderole, instead of being encased in plastic and cards are made from 100% FSC certified paper. There are more things, like scorepads being printed double-sided, for example, all of which add to a clear message: these games are as environmentally friendly as they can be.

So, it seems there is hope for our hobby. Let’s try and spread this trend. As gamers, the people who buy games, we can try and ask for a reduction in plastic. We can choose games that have wooden components rather than plastic. Let’s comment on Kickstarter campaigns and ask for changes to be made. We can be more vocal and vote with our feet as appropriate. Some things are commercially just not viable, but other things are and in any case, we should have this discussion more often so we can slowly steer our big industry onto a greener path.