I have previously talked about how some games try and tackle a serious topic and treat it with the respect it deserves. Some games also go one step further and try and educate us about the topic as we play the game. My article “Sensitive Settings” tried to look at games that tackle plagues, wars, colonialism, genocide, executions, experimentation, extinctions, terrorism, abuse and death in a sensitive and meaningful way. In this article, I want to look at games that use a specific setting as a backdrop for a fun experience and that make no attempt at treating the serious issues in a serious way – and that setting is Nazi Germany. So, please bear this in mind when you decide if you want to continue reading this article or not. 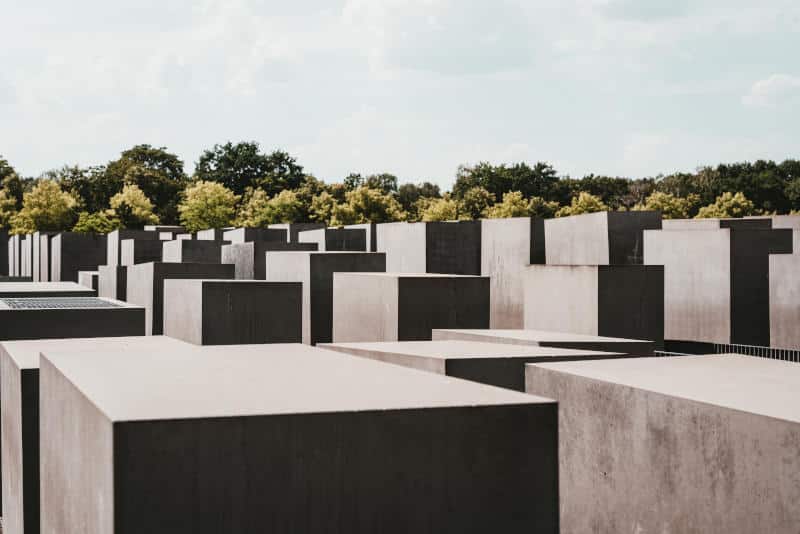 (Photo by Claudio Schwarz on Unsplash)

One of the most popular themes seems to be Nazi Germany and in particular Hitler. I don’t want to name names, but I’m sure you can think of at least one game that has Hitler in the title. When you use World War II, Nazi Germany or specifically Hitler as the backdrop for your game and then proceed to make that game all about fun and laughter, then you’re clearly missing the point. Your game is making a joke of the atrocities that happened, the millions of people that were killed, the tens of thousands who fled their homes to try and get to safety in another country, that often didn’t welcome them with open arms, and then thousands of people who stayed behind and hid and lived every day in fear of being discovered and sent to a concentration camp.

Of course, there is nothing wrong with games trying to entertain us. After all, we call it “playing” games. Games are supposed to be fun – even though I don’t think that’s necessarily true. Games can also be educational or thought-provoking, but that’s a different discussion. Yet, trying to entertain people by making fun of atrocities and suffering is just wrong. There are many other topics that are much better suited for that – and that’s the part I don’t understand.

These games, that make fun of the horrible events that took place in Nazi Germany, are often really well put together, with clever mechanisms that create a memorable experience. It would be pretty easy to replace the setting with something else and end up with a game that can be genuinely entertaining. So there must be a reason why Hitler is chosen.

I do sometimes wonder whether Germany and the German people are often seen as funny, or something to be made fun of, at least in some English-speaking countries. Germans often struggle to pronounce the “th” sound correctly, often replacing it with “z”, which sounds funny. Hitler was also often caricatured in World War II propaganda in an effort to discredit him. So you end up with a sort of clown image of a mad German who tried to take over the world – and maybe that then leads to the idea that you can make a fun game out of it.

I struggle to see the logic in that, but maybe that’s one explanation.

It is, of course, also possible that Hitler is chosen as a topic, because it’s controversial and will attract a lot of attention. It could be a basic marketing ploy to get a lot of people talking about it, which will probably sell lots of copies of the game – and I have the feeling, that often works successfully. These games clearly got me writing about them, so there is obviously some truth in that theory.

At the end of the day though, I don’t know the actual motivations of the people behind these games. It could simply be naivety or a lack of understanding. All I can say for certain is that I completely disagree with these attempts of trivializing the horrible events, the persecution, torture and murder of millions of people, the aim to exterminate a whole people and the attempts to “cleanse” the German population. I don’t understand why these games didn’t choose another setting or topic, which would have been easy enough.

Before I finish this article, I would like to clarify a few things.

I am not against games that deal with wars in general or World War II specifically. I’m no expert, but I truly believe many war games are respectful of the events they try to emulate. At the very least, many don’t try and poke fun at the real historic setting they inhabit, even if many war games gloss over the amount of death and destruction that took place.

I’m also not against games that deal with difficult subject matters. I think it is possible to create games that deal with these subjects in a sensitive and respectful manner. I even think that games can teach us something about these events. In fact, there are a number of games available already that try to do this and I am planning to look at many of these more closely to understand why they work well or why maybe some don’t handle the subject matter properly.

Also, I don’t think that humour should not be used when it comes to tackling serious topics. I think there is a difference between making fun of something and using humour. For example, I think the film “Jojo Rabbit” uses humour really well. Humour is set against the terrible events that happened during World War II, and specifically the events that affected the protagonist directly, which creates this huge contrast that makes the terrible things seem a lot more terrible than they would have been viewed otherwise.

I appreciate that games with a backdrop of suffering, pain or even death will not be for everyone, but I do think that the games that deal with these settings in an appropriate manner do have a place in hour hobby. After all, our hobby is maturing and more and more games respect culture and ethnicity and don’t blindly appropriate them and more and more games try to be more representative and inclusive. So there is also room for games to try to tackle serious topics respectfully and sensitively – not just war, but a wide range of things that are often taboo in our lives.