Making a new game is a very long process that can take anything from a few months to many years. It usually starts with a spark of an idea, that slowly glows in the mind of a designer, getting bigger over time until eventually becoming a flame that burns for many months before finally lighting the fire. However, a new game can also come in a flash of inspiration that rapidly spreads and lights up every synapse and brain cell, forcing itself into life. I want to look at these initial, sometimes laborious, steps of game design to find out how designers feed our appetite for new games. 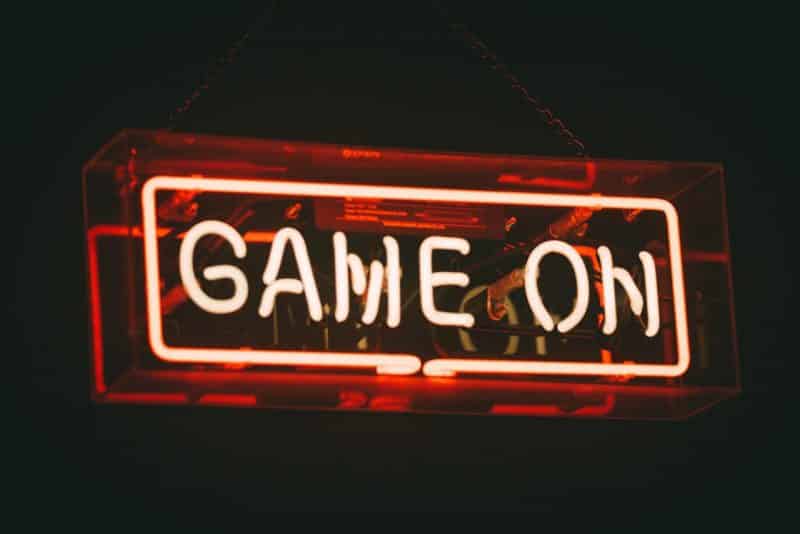 Let me start by saying that I’m not a designer myself, but having spoken to designers and watched documentaries, such as the amazing film The Game Designers by Eric Rayl, I want to share what I have learned.

As you can imagine, different designers go about game design differently. In fact, the same designer will come up with new games in different ways. Some games lend themselves to certain approaches better than others. There is certainly no single way of coming up with the initial idea, even if the process of developing that idea into a working game ends up being the same for every game.

Game design can start with a theme, setting, story or character, a mechanism or set of mechanisms, a component or components, a desired game experience or certain emotions, or a mix of all of them. Many game designers play as many games as they can to give them ideas and inspiration. They often playtest other designers’ games and also play published or close-to-release games whenever they can. They also often read a lot of books or watch a lot of films, listen to music or do other creative activities to give them ideas.

A game designer might also start with a theme or a setting, maybe an idea of a story or a character, that they want to explore further. They will have a rough picture in their head of the world that their game will create and that players will explore. They might even have some background stories for the different characters in mind that will shape the gameplay in some way.

Sometimes it’s all about the game experience or the emotions that their game should evoke. It could be about creating something that’s tactile or appeals to other senses, or maybe a game that creates excitement or pushes people out of their comfort zone.

Game designers can also come across an item that they feel would make a really interesting component in a new game. Mind you, it doesn’t have to be a new component. Sometimes just using existing components in different ways can lead to a new game idea.

In fact, game designers often have several ideas noted down somewhere. All the game ideas will influence each other. A game designer works on maybe two or three at the same time, then puts some of them on hold while adding new games to their to-do list. It’s usually a fluid mix of games that are in development at any point in time.

In order to see if the initial game idea works, game designers will want to create a first prototype as quickly as possible, and that’s sometimes a challenge for new designers. However, the sooner a game idea can be tried out and be played, the better. The initial prototype will probably be no good, but it will show if there is any potential in the idea or if it simply sounds better in the designer’s head than it does in real life.

Of course, some types of games are easier to prototype, but the trick is not to worry about the look and feel of that very first prototype. Scraps of paper that are scribbled on with a handful of dice and some components stolen from other games will do the job in most cases. Game designers often have drawers full of components that they can use to get their prototype done as quickly as possible.

If an idea seems like it has potential, it will be time to keep refining it. That’s when the playtesting starts, be it the designer themselves playing their own game, roping in friends and family to try it, or putting the game out there for others to try. The key thing is to ask for honest and constructive feedback.

Friends and family may not be the best people to offer that, because they may not want to hurt the designer’s feelings, but as long as you bear that in mind, it’ll be fine. Feedback from other designers, on the other hand, can be too honest, but will certainly be very constructive and helpful, as they will not only pinpoint what doesn’t work and why, but will also have ideas about fixing the issue. That’s great, but designers have to have a tough skin to deal with the sometimes harsh responses and they have to weigh up for themselves whether the suggested solutions are right for the game or not.

There will be an endless loop of prototyping, playtesting, tweaking and then back to playtesting, more tweaking and maybe creating a new prototype and so on. What will be difficult is to decide when the game is ready for the next step. It’ll be easy to keep refining and tweaking, adding new ideas, cutting out others and just keep going round and round. It’s impossible to say exactly when a game is ready, because in reality it never will be, but designers will have to accept that they have to eventually stop the loop and accept that the game is as good as it needs to be for now.

The next step depends on whether the designer wants to self-publish or hand the game over to a publisher. That decision is often closely linked with the type of project that this game is – and there are basically two types: commercial projects and passion projects. The former is all about designing a game that has the best chance of becoming commercially viable, which usually means handing it over to a publisher. The latter comes from the heart and is more about turning a dream into a real game, but not necessarily into a published product. If these games do ever make it into production,  they are usually self-published.

The commercial approach tries to establish quickly if a game has the potential to appeal to customers’ current tastes and do so in a profitable way. A fair amount of thought goes into how the final product might look and what it will cost to produce and at what price it could potentially sell. A game designer will not necessarily look at all the commercial factors, at least not in detail, but will have a rough idea if a game could be profitable.

Some games are just not viable at a certain point in time, so are shelved until the time is right. Other games might just need to be developed in such a way as to make them viable. Designers sometimes have to make a judgement call or get in touch with a publisher’s developer to make that decision together.

Passion projects, on the other hand, are all about making a game idea, that is close to the designer’s heart, into a real game – but not usually into a published product. Even though many game designers hope to make their passion project a commercial product, it is rare that such a game will come through the development process unscathed and unchanged. The reality is that to turn a profit, games will need to be chopped and changed.

Once a designer takes the game into production, either by handing it to a publisher or self-publishing, the design process is typically done. However, there is no clear cut here, even though I would say that the game now goes into development, which is not really a type of design process, but about adapting the game to a publisher’s expectations.

The game will go through a lot more steps before it finally reaches customers and that can take many months. There will probably be further tweaks to the gameplay and the game’s original designer may well have a hand in that process, the game’s theme might be changed, artwork will be added, a rulebook written, suitable components designed or sourced and there will be many other steps, but basically the game’s design has now finished.

There is a lot to think about in the process and this article really only covers a designer’s work in broad brush strokes. However, I hope this gives you an insight into the hard work that game designers put into making games.