We all love to play lots of different games with lots of different people, it’s only natural. There is also always the draw of the Cult of the New and the Fear of Missing Out, tempting us to play new games all the time. Most of us only have a limited amount of time to play games each week, so chances are we play each game only once, or maybe twice – and if we’re really lucky three time – before moving onto the next. We might revisit a game if there is a lull, but usually only after many weeks, by which time we’ve forgotten how the game works. I am just as guilty as everyone else, but I have started to come round to the idea that playing the same game many times before moving on is actually much more fun. 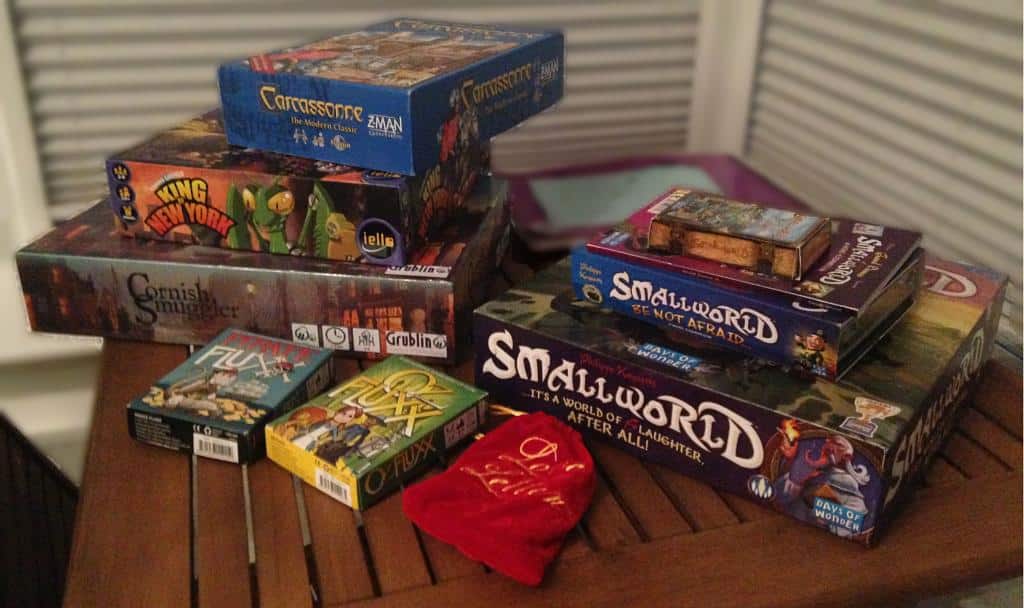 I know, the idea of playing the same game over and over again sounds really boring. Of course, some lighter games may get boring after a while, but that’s fair enough. Yet, you will be surprised how many, seemingly light games, actually have many nuances and subtleties in them that you will only discover after multiple plays. If you look at games like The Mind by Coiledspring Games, you’d be forgiven to think that more than maybe half a dozen plays is too much. Yet, most of us will keep bringing this game to the table and playing many times in one night, just to get to the highest level.

Assembly by Wren Games is a similarly light game, yet I only recently played it about eight times in one night, before we were able to beat the space station’s AI and escape. In fact, I lent the game to someone who hadn’t played it before and who get really drawn into the puzzle that this game presents. He’ll be playing it multiple times, I’m sure, to scratch that itch of being able to beat the AI.

Star Realms by White Wizard Games, and other card games like it, is also very light, but still most of us will play it more than once in one night. The fun is in the pew, pew, pew and the luck of the draw, the hand management and the feeling you get when you were able to pull off a massive attack, only to end up with a handful of scouts on your next turn.

Playing any games more than once or twice in a night, or even in a month, is rare, and these light games show it is possible – but of course a lot of that is down to their game length. If you can play a game in 15 to 30 minutes, you will find it easy to play it multiple times. Even so, many of us play lighter games only a handful of times, before moving onto the next game on our never ending list, which is a shame. There is definitely more to many lighter games that we miss out on.

Moving onto heavier games, which last 45 minutes or more, it is of course a lot harder to play them more than once or twice in a month. Yet, it is heavy games that really need to be played more often in relatively short succession to be properly appreciated. I only noticed it recently when we finally got Rising Sun by CMON back to the table after literally months of collecting dust. It took us a long time to remember all the rules, and everyone’s turn was very slow, because we kept referring back to the rulebook. It was then that I suggested that we play Rising Sun every week during our games night now for the next few weeks. That way we’ll get faster, we will be able to play better and we will enjoy the game a lot more.

The first few times you play a heavier game are usually less satisfying because you’re still trying to figure out what strategies work in which situations. It is only when you’ve played a game a few times that you are able to hone your skills and choose the right strategy depending on the starting setup. It is only then that you actually start to fully enjoy the game and how it was meant to be played. After all, the designers of the game will have played it dozens, if not hundreds of times, as they were refining it. Only they will fully appreciate how it is meant to be played, but you can get a feeling for what their intentions were, if you also play it many times.

I certainly started to get a much better appreciation of Wingspan by Stonemaier Games after playing it several times. There were subtleties in the game that are hard to describe unless you play the game many times. I’ve now literally played it dozens of times and I enjoy it much more now than when I played it the first few times. I feel more relaxed playing it, because the strategizing is now happening automatically. It is almost a natural decision when choosing your next action, making it a very enjoyable experience and allowing you to focus more on the illustrations and descriptions of the birds.

I had a similar feeling with Scythe also by Stonemaier Games when we played it virtually every week for over two months many years ago now. At first it was hard to understand what you needed to do, but after some researching (see my article Brain burners for more details) and more plays the game started to really flow quickly for me and every decision felt intuitive. The whole game became a lot more fun and therefore it is still one of my favourite games of all times.

So I hope you can set aside some time and resist the urge to move onto the next game all the time. Try and play the same game at least 10 times before moving. Of course, don’t force yourself, if you really don’t get on with a game, but if you do like it, then don’t dismiss it after only a few plays.

Of course, I’m not the only one who has discovered the benefits that playing that same game many times can bring. There are many challenges out there that challenge you to play games over and over again. The 10×10 challenge by Sarah Reed is probably the best known one, but again, there is no need to force yourself – it’s all about having fun.

How do you feel about playing games several times? Would you be happy to give it a go? Or do you always want to play new games all of the time? Please share your thoughts and ideas in the comments below, so we can start a discussion.