If you play tabletop games with friends or maybe even in a games group, you may have come across certain taboos. There are things that people don’t like you doing. Some of these are to with ensuring that there is no cheating, others are about keeping a game in pristine condition, others are just some sort of personal house rules or traditions. Different people or groups will have different rules, and many will seem obvious or sensible, but others may feel unusual. 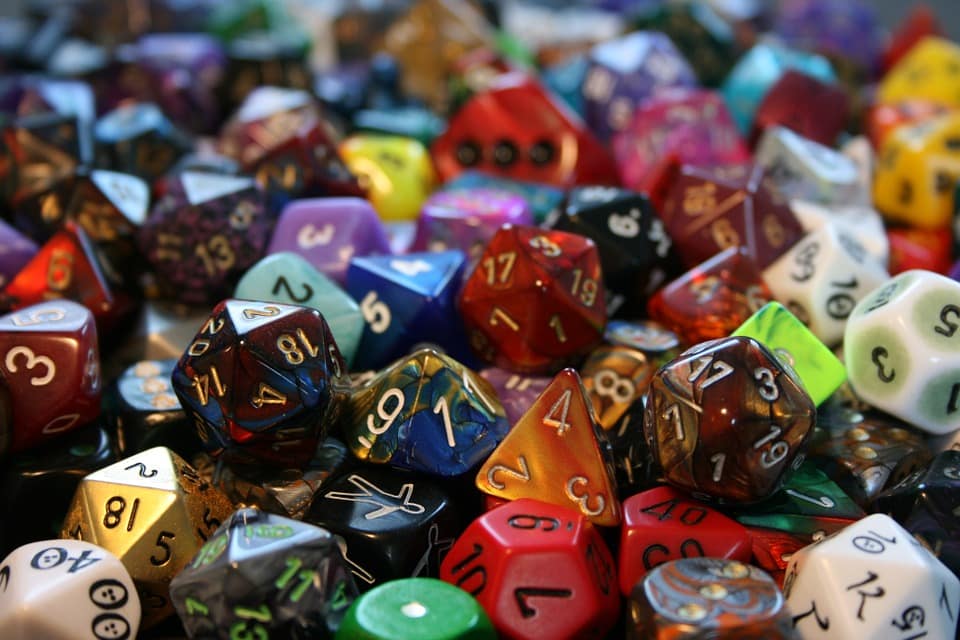 A lot of people will probably tell you that bending cards is not allowed – or at the very least frowned upon. Often this has to do with preventing cheating in a game, in particular games with hidden or limited information. If you can see what a certain card is, based on which corner is dogeared, then it may give you an advantage – or it might spoil the game for everyone. The other reason is to do with keeping games in pristine condition and in those cases you may find that cards have been sleeved to protect them fully.

Rolling dice is another area of contention. Cocked dice can be an issue, especially if two sides would result in extremely different outcomes. Deciding when a dice is cocked isn’t easy though, but using a dice tower or dice tray is usually the solution. The other issue is with dice that fall off the table, which dice towers can address, but dice trays only to some extent. Some people allow the result of a dice that lands on the floor, others will insist on a re-roll and only accept dice that finish on the table, but are not cocked. The last issue related to dice rolling is when a is dice considered rolled. Sometimes people insist on at least a full revolution of the dice, others insist on overhand rolling, but again using a dice tower can address this issue.

Take backs can also be an issue. If someone immediately takes back a simple step on their turn, it’s usually not an issue. However, sometimes undoing someone’s go can be an issue. The question also is when a take back is still allowed, and player groups sometimes decide to go for a majority vote. Yet, even then it’s difficult to deal with situations where someone did an illegal move, which was discovered too late to undo. There is no simple answer here.

Mind you, there are also plenty of people who really don’t care. They don’t mind how you shuffle cards and if they get bent in the process. They will accept any result from a dice, however much it may be cocked. They are happy for you to change your go many turns later. Their attitude will generally be more relaxed and their enjoyment comes from being with other people and having fun playing games.

What category do you fall in? Do you have certain taboos when playing games? If so, what solutions have you come up with? Are there some games where you don’t care, and others where it’s crucial to you that all house rules are followed? Please post your thoughts and experiences in the comments below, so we can start a conversation.