Tabletop games come in a huge variety with many different mechanics – and in this article I want to focus on a number of action selection mechanisms which I think are interesting. I am not talking about things like worker placement or dice rolling specifically, but how these general mechanics allow you to choose an action and sometimes affect what other players can or cannot do, or how effective an action is. 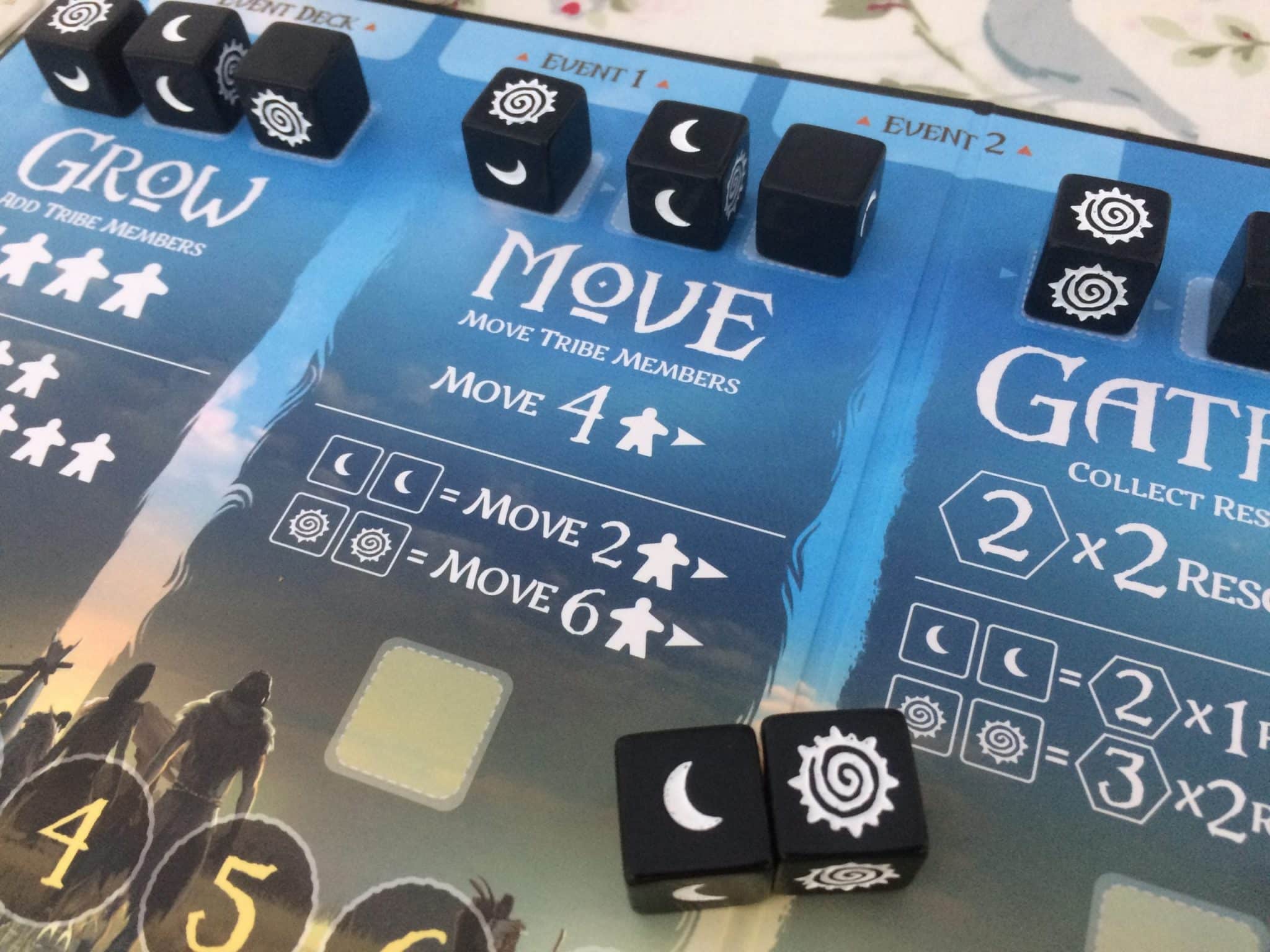 Let us start with “follow the leader”, which you can find in games like Rising Sun by CMON or Empires of the Void II by Red Raven Games. A player chooses an action, and all other players either have to do the same action, pass, or sometimes they can take a standard action instead. It creates interesting player interaction, because rather than beating up on other players directly, you restrict what they can do, slowing them down and hopefully benefiting yourself in the process. It becomes even more interesting when a team of players chooses the action that the other players then have to follow.

Blind bidding is another interesting mechanism. However, I am not talking about bidding as a way to buy an item or ability, but bidding on action spaces, like you can find in Bremerhaven by Lookout Games. It creates an interesting tension where players may decide to outbid each other, because they desperately need to carry out a specific action, or they choose to bid for a less contested action to ensure they can do what they need. Bidding wars can reduce the number of actions players can take, allowing for a kind of catch-up mechanism for players who are behind the rest. Blind bidding also introduces a social element where players try to bluff and read each other’s body language in an attempt to predict what the other players are trying to do.

There are also a couple of worker placement mechanisms that create a nice twist – blocking, like you find in Lords of Waterdeep by Dungeons & Dragons, and knock out like in Charterstone by Stonemaier Games. Blocking is the standard worker placement mechanism, creating a great amount of player interaction, often leading to players specifically choosing an action space to block another player, even if that action space doesn’t actually benefit them. It often makes for a cut-throat game environment, which isn’t necessarily enjoyed by everyone.

Knock out on the other hand creates a balance. Here action spaces cannot be blocked completely. In fact, if someone wants to use an action space that is already occupied by another player’s worker, they simply return that worker to the other player, and then they take the action – which means the other player gets another go. It creates a subtle twist where players have to think carefully if they really want to carry out an action now and give the other player an extra turn, or if they are better off waiting until the next round.

Finally there is a mechanism found in Rise of Tribes by Breaking Games, where each action’s effectiveness is based on the combination of dice on that action space. You roll two dice to be able to carry out two actions. You place a dice onto an action space, knocking out one of the dice already on that space. That changes the symbol combination on the dice on that space and means the action can now become more powerful – or less powerful if you don’t have the right dice to hand. The mechanism also influences how effective the next player’s actions will be, so you have to really think about which dice you place where.