We all know classic dice rolling games, like Yahtzee, or games using dice to decide the outcome of battles or events. You may also have heard of, and probably even played, roll and write games, such as Roll to the Top, Avenue, The Castles of Burgundy: The Dice Game and many more. However, more recent games use dice in quite different ways, creating interesting game mechanics that I want to talk about. 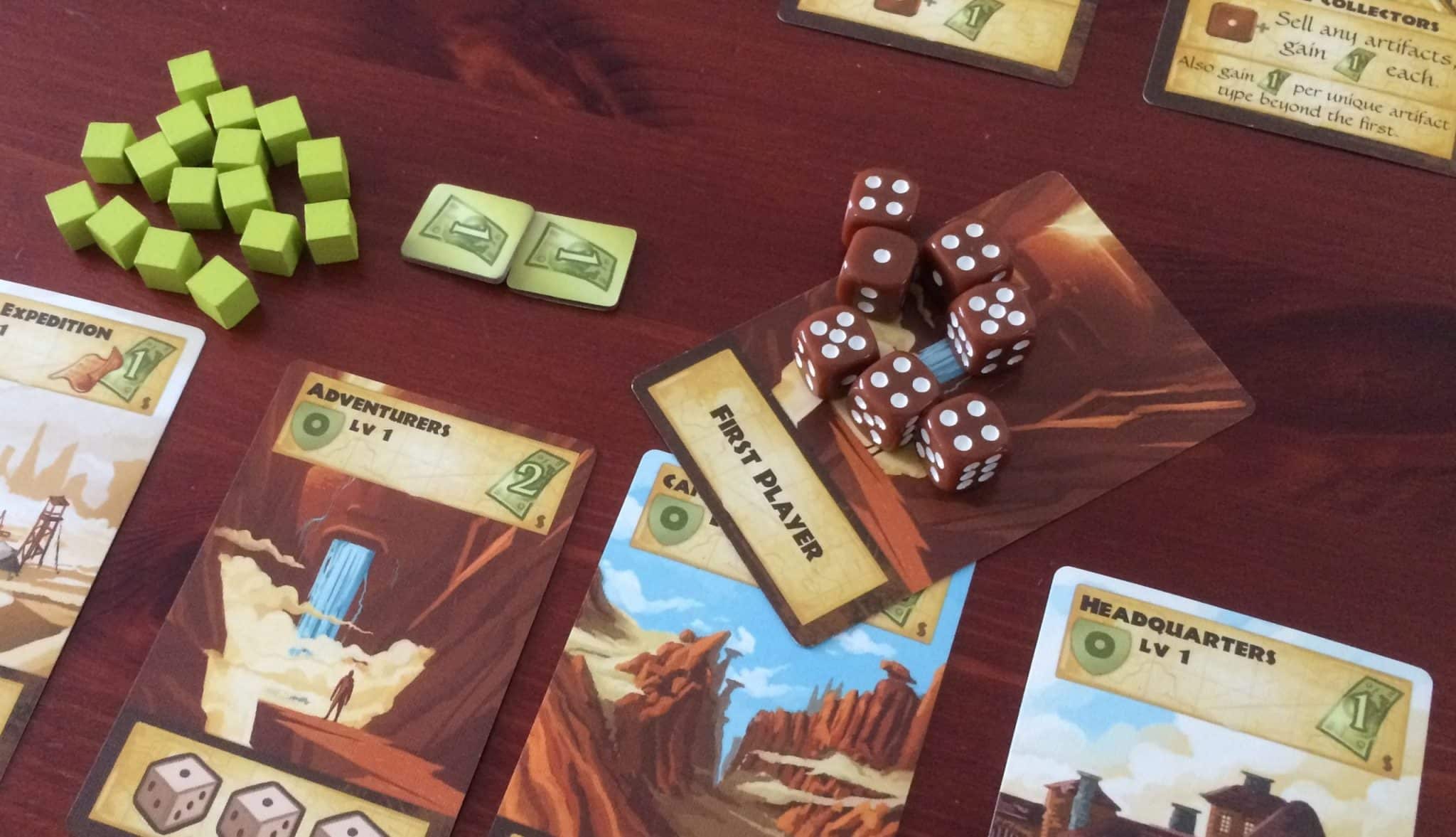 Dice games, where you roll dice rather than use them for counting down hit points or such like, introduce an element of randomness, which is always a good way of leveling the playing field for players with varying experience or levels of strategic thinking. It allows everyone to have a roughly equal chance of winning. The dice mechanics I describe below use this element of randomness and take it to another level.

Dice placement extends the classic worker placement mechanic and uses the pips on the dice as a way to influence what workers can do. Artifacts Inc. by Red Raven Games is probably my favourite example for this type of mechanism, where action spaces can only accept certain dice, based on the number of pips rolled. That means you have to think on your feet on every turn and can’t plan too far ahead, because the roll of the dice will affect what you can achieve.

There is also another way to approach dice placement, as used in Rise of Tribes by Breaking Games. Here you have four action spaces that you can choose from and two dice. The dice have symbols on them and by placing a dice on an action space, you knock out one of the three dice already on that space. The combination of symbols shown by the three dice in a given action space then decides how effective the action is. That means you have more control over the randomness of the dice, making the game much more interesting to players who like strategic thinking.

Wreck Raiders by Kids Table Board Games on the other hand use not just what number a dice roll results in, but also where each dice lands. You roll dice in the lid of the game box, where there are space marked out that you try to land your dice in to get extra bonuses. The game combines randomness with skill, making the game a mix of strategy, luck and dexterity. It really makes the dice rolling an important element of the game.

Finally, the game Coral, also by Kids Table Board Game, which is still in development, uses the physicality of dice. You don’t just roll your dice and then place them in action spots – you don’t just use the pips on the dice to decide what actions you can take – but you also physically place dice to make 3D shapes. You combine dice placement with strategy and building, which makes the whole game a really fun, tactile experience.

What dice mechanisms have you come across? Do you have a favourite dice game? Or does dice rolling annoy you? Please post your thoughts in the comments below.