People play tabletop games for different reasons. If you are part of different game groups, you probably know how the attitude to playing games can change. Some people are really competitive and do everything they can to win the game. Others are quite casual and often like the social side of playing games. 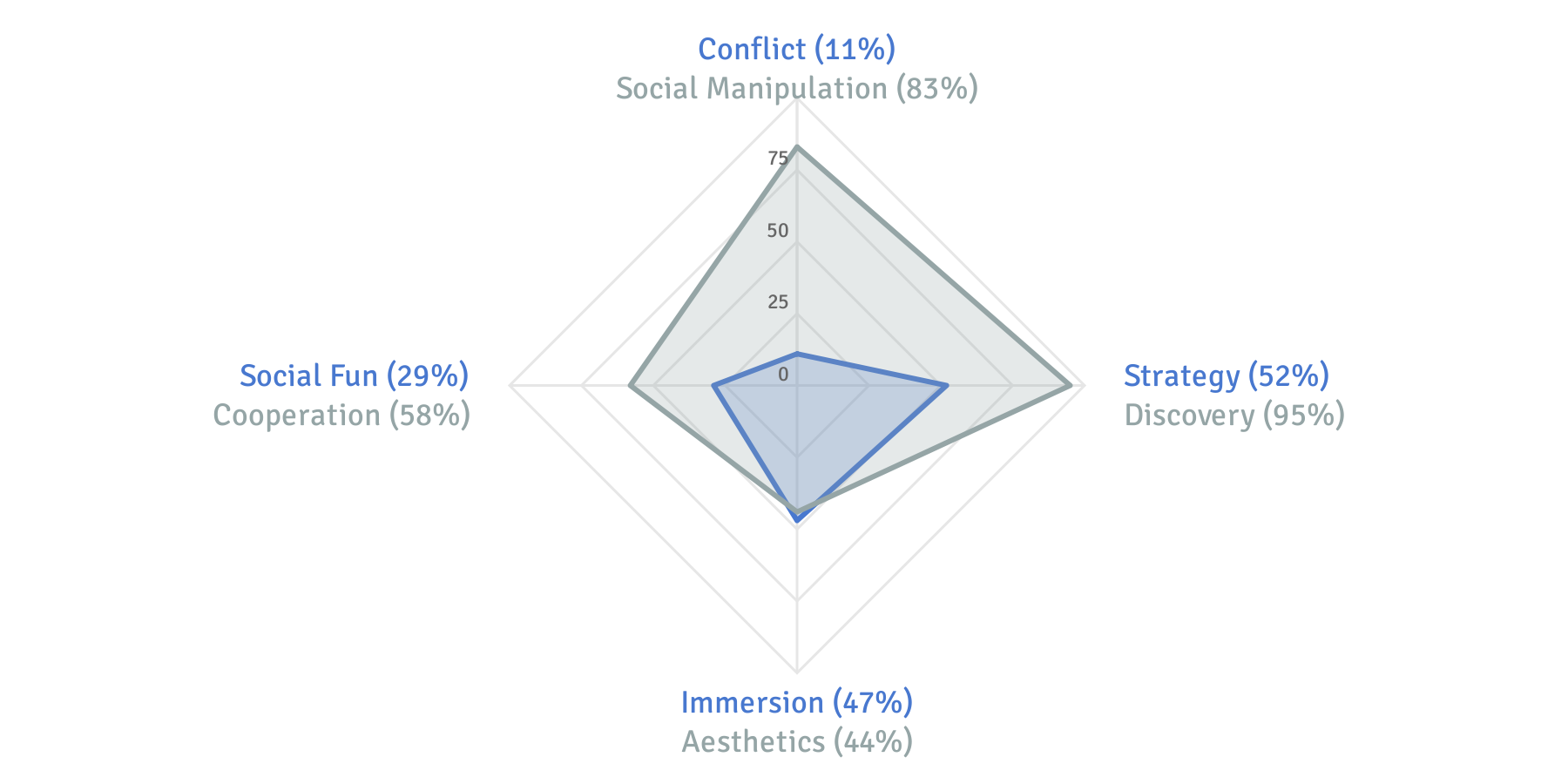 Also, players can be really competitive with one game, but don’t really care at all with another game. People can also change their attitude to playing games when they are with a different group of players.
I would say I mostly play games because I am drawn in by the game mechanics and the theme – and even though I am generally a competitive player, the social aspect is still more important to me. I do want to win, but also want to make sure the whole group has fun.

As I have found out recently (thank you “The Meeple Street“), you can complete a questionnaire to get an idea of what your attitude to playing games is. Have a look at Quantic Foundry’s online form: https://apps.quanticfoundry.com/surveys/start/tabletop/

I completed it and below is my result – which didn’t surprise me of course, because I knew my attitude to playing games of course – but I will complete the form regularly to see how I change my views over time. After all, I love stats…