If you play in a regular games group, you probably play certain games several times – you may even have one game that is your group’s go-to game. If so, you may have started to record game end totals, so that players can try to beat their own score, or even aim for the group’s high score. You may even start to record more details, such as the factions played, number of rounds or game time. Maybe you also have an end of year awards ceremony, where people in your group with the highest score in each game, or with the most games won overall, get a small prize – or everyone gets a printout of their scores. 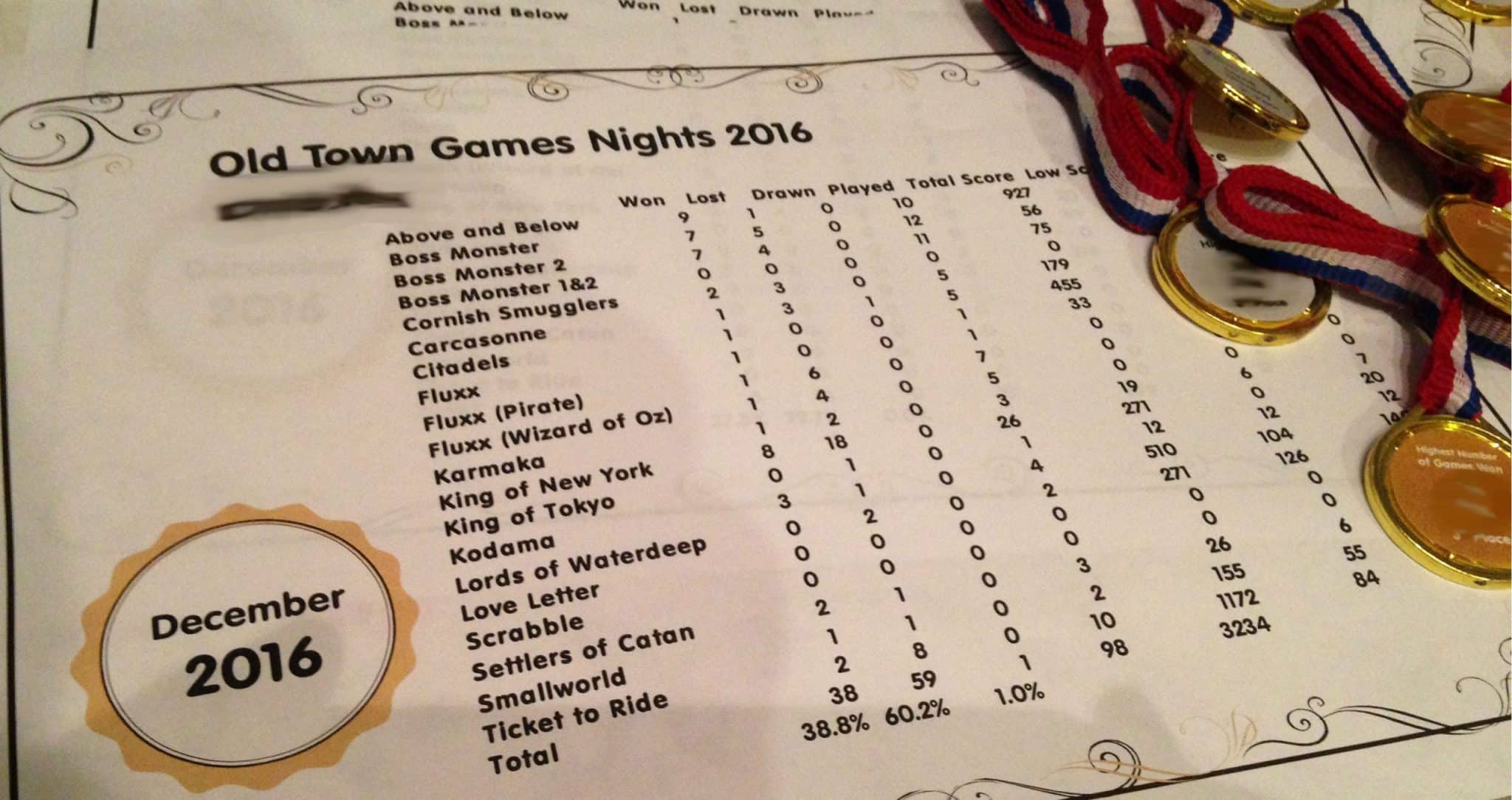 Of course, there are apps that allow you to keep track of these details, such as Board Game Stats, and websites such as Board Game Geek allow you to log your plays. The latter allows you and others to tap into a huge amount of statistical data, helping you decide if certain factions in your game are overpowered – or whether you simply haven’t learned to play the faction to the best of their abilities.

I tend to keep track of plays in our games group, but exclude sessions where we play a game for the first time – or where there is at least one person who hasn’t played the game before. I also distinguish between base games, games with expansions and try and include details of who played what faction, turn order, number of rounds, game length and the make-up of the final score, i.e. what contributed to the final score, as well as the end game total. I then create an award sheet so everyone can compare themselves to the group’s high score for each game.

Looking at the figures throughout the year, it is great fun to see how players improve over time, or how different player combinations change the end score or game length. You can also see how one player improving their game play affects the scores of everyone else – or what happens when players gang up on each other.

How do you feel about keeping a record of sessions? Do you care? Do you record only your own scores? Is there someone in your group who keeps tally? Or maybe you have taken part in tournaments and therefore record all your games in great detail? And if you record scores, how do you deal with co-operative games? Please comment below with your thoughts.