The following article was written by Joe Slack from the Board Game Design Course.

Hey there. It’s Joe Slack from the Board Game Design Course. Oliver was kind enough to let me return and write another guest post on his blog, this time about realtime games and the experience that they deliver. I hope you enjoy the article! 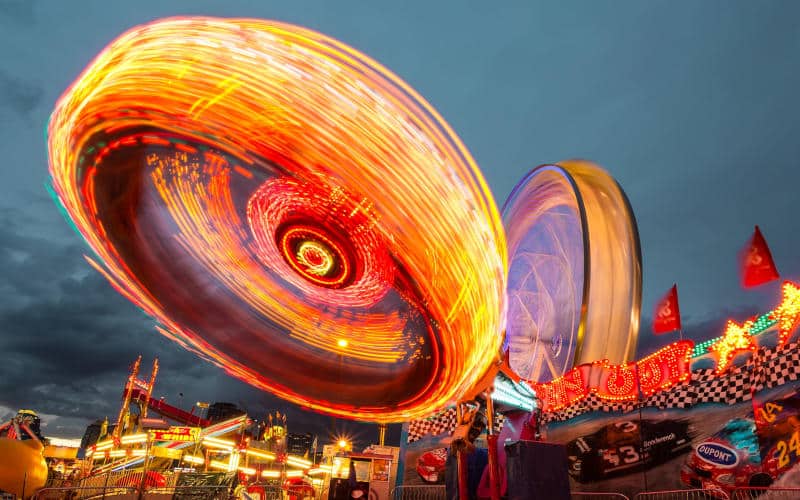 (Photo by Jason Chen on Unsplash)

What Are Realtime Games?

Not everyone is a fan of real-time games. Some feel too much pressure on them and would rather play a more relaxed style of game. Others love the challenge. But what is a realtime game?

A realtime game has time constraints and forces to you move quickly to succeed. Rather than having as much time as you need, or as much time as the other players will allow you to make decisions, there is a timer present. This may be in the form of a sand timer, electronic timer, soundtrack or an app.

Some examples of realtime games include Escape: Curse of the Temple, Magic Maze, Fuse and the classic word game Boggle.

I’ve created my own real-time game called 14 Frantic Minutes that I designed with my good friend and oft-collaborator Sylvain Plante. It’s a game where everyone works together cooperatively, or plays solo, to connect circuit pieces to unlock doors and advance from one room to the next, all while an evil genius advances toward you. If he reaches the room you’re in, it’s game over. But if you can beat all 7 rooms within 14 minutes, you escape!

In this article, I’m going to discuss how real-time games deliver excitement and I’ll also go into some lessons that I learned through designing my own realtime game. So what makes a great realtime game?

One of the key aspects of a realtime game is tension. Players are under some form of time pressure to complete tasks or actions. So you need to ensure that players must move quickly in order to succeed. You see this tension in the form of rolling and placing dice frantically in Fuse, moving the pawns quickly and getting them to the right location before the timer ends in Magic Maze and having to come up with as many words as you can in a short amount of time in Boggle.

At first, 14 Frantic Minutes involved a lot of dice rolling. First, you needed to roll a certain combination to break the lock and get out of your room, then when you moved into the next room, you could earn keys of different colours if you rolled the right numbers. This involved players rolling all their dice, keeping the values they wanted and re-rolling all the other dice until they achieved their goal.

The keys corresponded to different doors. You needed a red key to unlock a red door, a blue key to unlock a blue door and so on. So you could collect up keys you didn’t need at the moment but might require later, as you advanced, opening up one room after the next. Sometimes this meant backtracking after hitting a dead end or trying a different route.

But I wanted to create tension for players in two different ways:

So players would win if they got to the exit and escaped in time, but they would lose if they either didn’t escape in time or were caught by the mad scientist who was tracking them down.

As a player involved in a realtime game, you need to focus on a specific task. It may not be a difficult task but it is made more challenging by the fact that you have limited time in which to accomplish that task. It’s so much fun to hear your friends yell “We’re not gonna make it!” as you frantically work together to try and beat the clock.

But at the same time, realtime games often also give you a chance to take a breath every once in a while. If you get ahead and are doing well, you’ll have the opportunity to relax slightly, even if just for a moment. But then, the tension builds right back up as you realize that the clock is ticking and you need to move faster!

In Escape: Curse of the Temple, this is achieved through all players being forced back to the starting room twice per game. There is often a huge build-up of tension as players race back to the start, sometimes locking up their dice and needing help from their teammates to advance. If anyone doesn’t make it back in time, they lose one of their dice for the rest of the game, which is quite detrimental. The soundtrack goes calm and players can take a moment to re-group and figure out their next steps.

In Magic Maze, players have the option to advance one of the pawns onto a sand timer space, which allows them to flip the sand timer over, giving them more breathing room. Players are also only allowed to talk when they take this action. So it is a moment of peace where they can discuss who needs to do what in order for the team to succeed. Then, as soon as one player moves a pawn, the game returns to silence and tension.

I tried to achieve this breather moment in 14 Frantic Minutes in a couple of different ways. When playing all together cooperatively, there was a timer that went off every so often that advanced the mad scientist. But you could also play one vs. many, and the one player would be playing as the mad scientist, trying to roll the right combo to advance from one room to the next to catch the other players. If you had a couple of rooms between you, the tension would ease off momentarily.

Unfortunately, I discovered that there was a game already similar to this – Escape: Curse of the Temple. I wanted my game to be different but didn’t know what direction to take next. So I put it on the shelf for a while. But the game kept popping into my mind. I knew I had something there. I just couldn’t figure out the next direction. So I decided to get help and bring in my co-designer, Sylvain, to help take the game in a new direction.

We removed the one vs. many element (the role of the “one” player was less fun anyhow) and came up with a clever circuitry puzzle idea. Players needed to work together to complete circuits to advance from room to room, all while being chased. The mad scientist advances every 2 minutes and if you’re in that room, it’s game over. But if you can move quickly through the first few rooms, you can bank some time and relax a bit until he starts getting closer again. It’s an interesting ebb and flow!

One of the other great things about realtime games is that they are quick to play and are also often quick to set up. It’s probably because most people can only handle the heart-pumping tension for so long! That’s probably why most tend to fall in around the 10-15 minute range. Realtime games make great filler or warm-up games. You can also play them multiple times in a row (if you can take the tension!) and still not eat up your whole day or evening.

When designing 14 Frantic Minutes, we wanted to keep the game tight and fast-paced for all these reasons. We also added a thematic soundtrack. The tempo picks up the closer you get to the 2-minute mark and then you hear footsteps just before he enters, signalling to you that you need to move fast!

You may last 14 minutes, but your game can also be over in just 2 minutes if you melt down and can’t figure a way out of the first room. However, with the puzzle-y nature of 14 Frantic Minutes, we also found that many players wanted to keep going and figure out the solution for the room even after they failed to complete it in time. They wanted the satisfaction of knowing they could accomplish the task, even if they knew they already lost.

Being a short game, an early failure often resulted in players saying “I want to try that again”, which is fairly common in a lot of these other realtime games.

One element of many realtime games is cooperation. While there are exceptions, including competitive games like Pendulum and Boggle, cooperative play is often a hallmark of these games.

In Magic Maze, Fuse and Escape: Curse of the Temple, you have to work together to accomplish your goal. You all win or lose together, so it has to be a total team effort. Since the overwhelming majority of board games are competitive, it’s sometimes nice to be able to sit down with friends and play a game where you are all on the same team.

We wanted to ensure that in 14 Frantic Minutes players needed to work together while avoiding quarterbacking or the “alpha player” issue. This is when one player takes over and ends up telling everyone else what to do. We wanted collaboration, not coercion.

In a very early playtest, we noticed that one player was sitting back and not contributing much to the group. She felt that the other players were controlling what the group did. So we decided to assign specific pieces to each player. You could only touch your own pieces and nobody else’s. That way, everyone needed to work together and there were often times you relied on another player to help you complete a specific portion of the circuit.

There is also a very strong element of collaboration and reliance on other players in games like Magic Maze, where everyone can move any of the 4 pawns, but only in the directions indicated on the cards in front of you. There’s no possible way to win or even advance all your pawns to other rooms without everyone contributing. This collaboration was something we wanted to be sure was very present in 14 Frantic Minutes as well.

Realtime games can be frantic, chaotic and very tense. But they can also be a whole lot of fun! You often have to work together with the other players and the time constraints really make it a challenge. Realtime games are not for everyone, but if you have the right group of people, they can make for a very memorable experience.

I hope this article has piqued your interest in real-time games and that you have discovered a few new ones that you might want to try! Make sure to check out Joe‘s real-time chase and escape game 14 Frantic Minutes, which is live on Kickstarter right now until 4 November 2022 and is already funded.