Depth in board games is often confused with complexity. They are related, but they’re also very different. I wrote a whole article about complexity about two years ago. So now it’s time for me to look at depth in more detail. 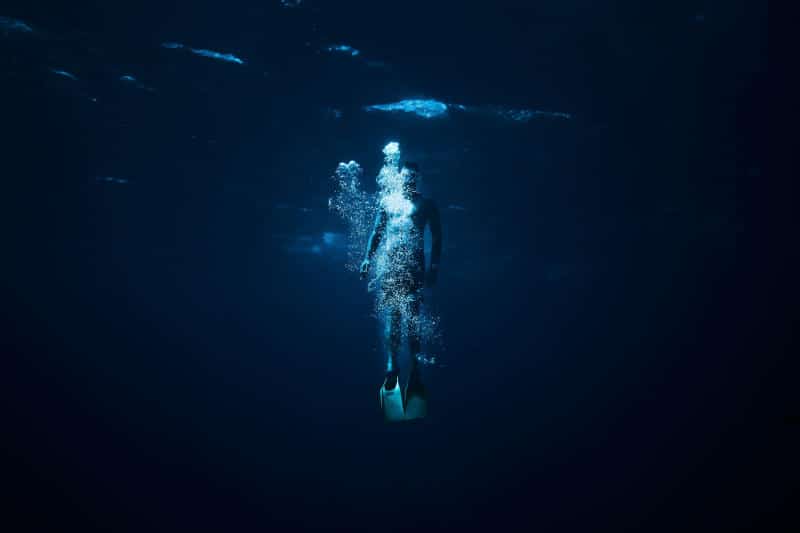 (Photo by Jeremy Bishop on Unsplash)

So let me try to clarify the difference between depth and complexity.

Depth in board games describes the number of choices you have on your turn, as well as the choices that the next player has for each of the choices you can make, plus the player after that and so on. It’s a so-called decision tree that these choices create.

Now, if you have a large number of options on your turn, then that’s a type of complexity. The more you can do on your turn, the more complex a game is – or at least it feels more complex. However, there are many other types of complexity. Another common one is rules complexity. A game’s rules can be really convoluted and difficult to understand. However, just because a game has a lot of difficult rules, in other words, just because a game has a large amount of rules complexity, it isn’t necessarily also a deep game.

So, while game depth is in principle a type of complexity, not all complexity leads to game depth.

With that out of the way, let me focus on what player experience depth creates in board games. On the whole, I would say that more game depth leads to more interesting games. Of course, there can be too much depth and that can trigger analysis paralysis. However, it’s really nice when a game challenges players from the start and every decision you make is important and will have an impact on whether you win or lose.

Splotter games are famous for this. If you make the wrong decisions at the beginning, you’ve basically already lost. It’ll be very hard for you to recover. However, Splotter games are probably an extreme example that’s more about being cut-throat than necessarily deep.

When games have the right level of depth, it’s a really beautiful experience. The more you play the game, the better you’ll get at it. You’ll explore the different options open to you and try to improve your strategy each time. Of course, if you play the game with the same people regularly, your fellow players will do the same. It’s almost like an arms race where everyone tries to optimize their strategy. Every time you play together it gets harder to win.

You basically traverse the decision tree. You look at your decisions and then evaluate the options for the next player and the player after that and so on. Of course, there will be a limit to how far ahead you can look, but you can probably reduce the possible choices to a few best possible decisions for players. It will get easier the more you play the game. You will get a feel for the best two or three choices the next player has for each of the choices you have.

Even so, it can take a while to find the best option for yourself. So a game with a lot of depth basically has the “last round syndrome” every single turn. The “last round syndrome” is what I call when it’s the last round, or two, and everyone just checks every possible choice to see what will give them the most points. That can take a while to do in your head, but it’s the obvious thing to do. Many games really slow down near the end, because everyone just calculates victory points in their head. A game with a lot of depth will be like that pretty much every round.

However, a really good game will guide players along the way. It will be obvious what one or two options are actually the best ones. The game will sort of “tell” players what they should try and do. That way, rounds don’t end up taking an hour each.

At the same time though, games with a lot of depth will have more routes to victory than the one or two obvious options that the game seems to lead you towards. The more you play the game, the more other opportunities you will see. You will quickly rule out things that just don’t “feel” right. You’ve gotten to know the game so well, that the best choice is almost like “feeling” than an objective calculation. You’ll start to play the game with your tummy rather than your head, so to speak.

It’s what really great chess players will do. They often quickly make a move that’s not on the long list of standard and highly analyzed openings. They will force the other player to think more carefully by making an unexpected move, seemingly on a whim. Both players will take turns that feel right, because both players know the game so intimately that they can guess what the other player is trying to do.

I experienced something similar with Scythe. I had been playing the game a lot with my games group, trying all of the different factions and exploring different strategies. Early turns were like the openings in chess. Each faction basically had its standard and almost pre-set first few moves. There was no thinking involved – it was pretty mechanical. Of course, the opening of a faction depended on what other factions were in play, but even so, it was really quick.

Later in the game, turns became more thoughtful. Even so, more often than not you just knew which two options were the best ones. I think we all could feel what was right in a given situation. Of course, when one of us had finished our turn, the next player would make a surprise move that nobody had expected. Just like great players do in chess. It was glorious.

So what do you think about game depth? Do you like games with a lot of options? Do you like playing the same game several times, because it lets you optimize your strategy and get better over time? Have there been games you played that were too deep? As always, please share your thoughts in the comments below. I’d love to hear from you.