I think something that many of us in the hobby feel very bad about, are the many board games that are set against historic events, but that make no attempt to respectfully represent what happened and often sweep under the carpet the atrocities that were committed during the time that the games are set. So it’s very refreshing to see people come together to create an award that tries to redress the situation and encourages the creation of historical games designed by people from marginalized groups. The hope is that these games will be much more representative, respectful and diverse. That’s the Zenobia Award. 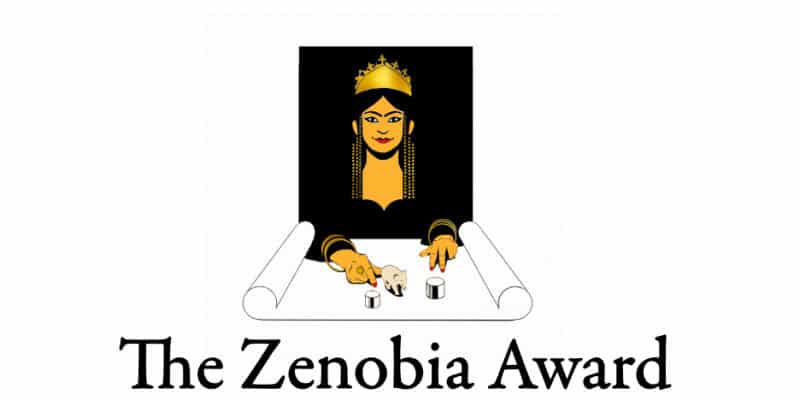 The name of this relatively new award is based on a “third-century queen of Palmyra who made a bid for supreme rule in the Eastern Roman Empire”, as it says on the award’s website. The website describes Zenobia by saying that she “demonstrated remarkable strength and daring, while proving to be a wise and enlightened ruler.” It’s clear that the award was named after a very strong person whose achievements were remarkable for their time. Zenobia is a fitting symbol for an award that tries to create a shift in historical board games away from the traditionally white-male-dominated design space towards games that are just as exciting and engrossing, but at the same time represent a more diverse history that’s recreated by people whose culture and background is currently not much represented in our hobby.

The award’s name is basically also its mission statement and it is very brave indeed to try and fulfil this mission in an industry that’s still very slow to change and still very resistant to diverse voices entering the hobby or games being made that might force you to face tough issues and question who you are as a person.

As you look at the list of the Zenobia Award board members, you do see a lot of white people and the pronoun “he” in the bios is also very prominent. However, there are also women, people of colour and other under-represented groups. Yet, what is most important to me when I read through the bios is that the board and the other people in the Zenobia Award are all working towards the same goal: moving the board game industry forward towards more diversity and inclusivity.

There are names in the list that you will recognize, who have influence in the industry and who are able to actually make a difference. Look at the Who We Are page and you will see that these people want to make this work and want our hobby to become a better place for a wider range of people, because it is clear that the road ahead is still long.

Just look at the games that made it into the finals, it quickly becomes clear that there are still a lot of historic conflicts and struggles that have not had a voice in our hobby. The descriptions of these games, that made it all the way from proposal to final, talk about Indonesia’s struggle for independence, the liberation of Haiti, working together as gender-defying queers in London, the function of Machu Picchu or preparing a Cherokee village for winter. There are settings and themes here that I don’t think anyone in the hobby has ever thought about, let alone played a game about.

Of course, other games do touch on areas that other games have also dealt with, but they come from a different angle: the Orange resistance against the German occupation of the Netherlands, the Indian caste system under British Colonialism or the French intervention in Veracruz.

But the Zenobia Award does more than just look at and judge board games by designers from an underrepresented group, including women, people of colour and LGBTQ+ people. Not only does it promote the award itself, which is something you’d expect to happen naturally, but the winners receive cash prizes to further their career and possibly more importantly, all contestants receive mentorship, including help to pitch their designs to publishers and how to deal with the publication process overall. It’s concrete advice from people who have been through this process themselves, which is invaluable for any board game designer, let alone one from an underrepresented group.

The award also has a number of publishers as partners, who have promised that they are ready for the contestants’ pitches. There are many big names on that list that you will recognize if you’ve ever played or at least heard about war games or other historic games. Of course, we will never know how many contestants pitched to how many publishers on that list, but the will is there and my hope is that it’s only going to be a matter of time before we see a Zenobia Award winner being published by one of the companies on that list.

That’s not where the story ends, though. After all, no publisher will consider publishing a game unless they think it’s commercially viable. That’s the way of this world, unfortunately. Sure, some of the designers who entered their game into the Zenobia Award might go on and run a crowdfunding campaign to make it a reality. That’s quite possible for the cash prize winners. However, that’s not really what this award is about. These games are supposed to make it into the mainstream of our hobby.

So it’s up to us, as people who buy board games, to show that we’re interested and that we’re happy to pay hard cash for them. This article is my attempt to bring attention to the award and say that I want to play many of the games I’ve seen on the website. They all look very interesting to me and I hope you will also take a look at them, because they’re not all war games. There is a really good range of settings and one of them might appeal to you.

If you see a game on the list and think one of your favourite publishers would be a great candidate to turn it into a commercial product, then contact that publisher and tell them. Maybe even ask the designer to send you some more information that you can pass onto the publisher. If enough of us ask for these games, the more likely they are to come into our hobby, so that we have a wider selection of games to choose from.

The Zenobia Award has laid the foundations, the publishers are lined up, but now it’s up to us to demand that these games are made and put in stores for people to buy. That’s when the award will be able to not only fulfil its mission, but go beyond and make a real change in our industry.