We’re used to seeing epic movie-style trailers for video games. They feel like million-pound productions that were directed by a famous Hollywood director with a cast of blockbuster actors. Of course, these are all animated sequences, often showing in-game footage, which makes sense, because modern 3D video games look very realistic and are often set in an epic conflict of some sort. Board games are a bit different though, but because CGI and 3D animation have become so highly accessible these days, many crowdfunding campaigns and some board game marketing campaigns feature these amazing looking videos. 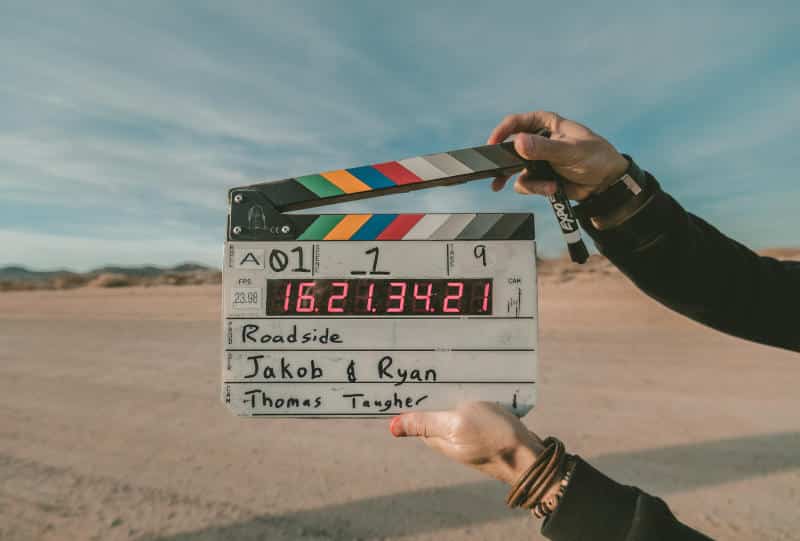 (Photo by Jakob Owens on Unsplash)

The first and, at least to me, most impressive board game trailer is for the collectable card game Magic: The Gathering. In fact, there are several trailers for this game, which is no surprise when you think about the behemoth that is Wizards of the Coast that sits behind this product – and behind it sits Hasbro, of course. So the budget isn’t particularly tight for Magic‘s marketing team I would have thought. However, I find the animation, music, short story and everything else that has gone into producing these trailers still amazing and the resulting videos are some of my favourites.

If you have a look through Kickstarter campaigns in our hobby, you will find many trailers at the top of the page that aren’t merely an overview of the gameplay, but are almost Hollywood style short films.

The video for Shasn: Azadi is at the top of my list here. Its production quality is outstanding. The script, the set and the acting are really powerful and you just can’t look away. After the introduction, the video is more like a traditional campaign trailer, outlining the gameplay and showing 3D rendered versions of the components of the game. However, even that part is amazing, using cartoon-style animations and a kicking soundtrack to keep your attention.

It gets even better, because this is actually the second game in the Shasn series. The trailer for the first is even more like a movie trailer. The production quality for this is even higher and there is a much longer introduction that’s like a short film, before it switches and shows you the game itself. It’s absolutely amazing. It surprises me that these two games didn’t get more attention.

Thunder Road: Vendetta, which was cancelled, has a cartoon-style animation which is wonderful and very quickly gives you an idea of what the game is about. Unsettled‘s campaign video explains the game by taking the in-game events into the real world. The players become the characters in the game and as you watch the video, you immediately understand what this game is about as the players re-enact what they encounter in the game. It’s like watching a short play in a theatre.

Solar Sphere‘s trailer is more like a traditional campaign video, giving you an outline of the setting and background story in a cinematic-style introduction, followed by an overview of the game itself. The video for Lunar Base is also a mix of short film and game overview, but rather than doing the usual overhead view of the game board and components, the characters in the film play the game as part of the storyline. It’s a lovely little twist and makes the video a lot more enjoyable to watch. No wonder the game did so well.

Even though the campaign video for Circadians: Chaos Order is more of a slideshow than a short film, it still feels like a movie trailer. The music, the narrator’s voice and the amazing art are epic and really draw you into the world the game is set in.

It’s great to see so much creativity and effort being put into these videos. The board game hobby has come on in leaps and bounds and not only are the games themselves becoming better and better, but their marketing is levelling up too. Of course, seeing more glitzy and high production quality videos is also a reflection of the hype that some games in our hobby receive. A great video alone doesn’t guarantee a great game, just like high-quality components don’t. Yet, when everything comes together in the right way, it’s amazing to see and I’m glad that our hobby is going in the direction it is going.