Maybe you’re reading this now, because you saw the title of the article and wondered what it meant. Maybe you clicked on the link, because you disagree with my statement about the effectiveness of clickbait and have come here to put me right. Maybe you’ve come here because you do agree with me and want to back me up. Whatever the reasons, in this article, I want to talk about the effectiveness of using clickbait titles to get views. 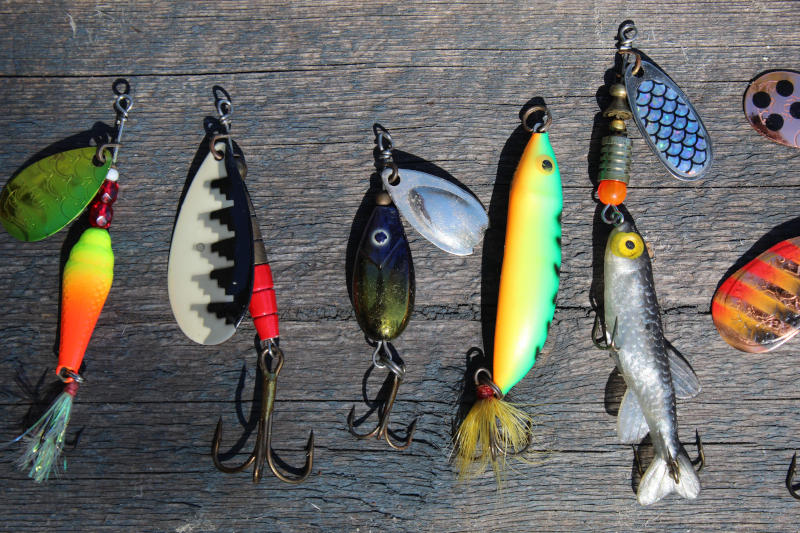 (Photo by Anne Nygård on Unsplash)

You’ve probably seen them before. Links on a web page that entice you to click them: “Don’t miss this opportunity to make money quick!” – “You will never believe what they did next.” – “Change your life forever with these simple tips.”

I must admit, I’ve clicked on them myself before and even a big organisation like the BBC has started using them on their website. So they clearly worked on me and generally, they are seen as a great way of attracting people to your website and keeping them there.

At the same time, we’ve become accustomed to them and many of us probably no longer click on the obvious ones any longer. I certainly don’t fall for the “You won’t believe your eyes” type of links anymore and there are many others that are clearly not giving you any useful information and are merely there to entertain you and get you to go onto their website.

So click baiters have now upped their game. Gone are the days of more innocent headlines or link text. Now it’s all about courting with controversy or creating controversy where there is none. As we all know too well, politicians have gone down that same route. Using controversial headlines and soundbites to get a reaction is now a very popular tool.

I’m not a psychologist, but as far as I can tell, the reason why a video with the title “Boardgame Playthroughs Are Awful” is successful in getting clicks is that it forces people to take sides. The title isn’t moderate or positive, but negative and accusing. I would even go as far as saying that the title is actually quite offensive to a lot of people. The title intentionally provokes a reaction and that reaction can only be one of two options: you agree or you disagree. It creates division.

Some people will click on the title because they agree with the statement and want to support it in the video’s comments. Others click on the title because they disagree, and probably strongly disagree, and want to make their disagreement known. Of course, every comment on that video will spur a reply, either that of further agreement or disagreement. You have two opposing sides of an argument as your captive audience and the discussion will easily go on for days, because people are now polarized and both sides want to win the argument. Chances are, the discussion becomes more and more heated.

So if the intent of a clickbait title, of using words that try and create controversy, is to get lots of attention, then using inflammatory headlines such as “Boardgame Playthroughs Are Awful” works. Your video views will go up, every time someone comments or replies. Your marketing goal has been reached and of course, now that your video has so many views, your next video will also use a clickbait title. It’s a one-way street really.

The real question is though, whether being sensationalist or inflammatory and whether using controversy and division to get lots of views is the right goal to have.

I certainly don’t think it is. I think it’s great to start a discussion, but it needs to be a proper discussion, not a shouting match. It’s important to create an environment where everyone feels like their voice can be heard, which is already hard enough given the world we live in and our current social norms. Using an inflammatory title that forces you to take a side certainly doesn’t encourage people to listen to others and take their comments on board. It doesn’t put you into the headspace where you’re open to hearing what others have to say and reflect on whether your opinion needs adjusting or even changing completely.

Rephrase your headline into something that asks for discussion and openness to hear other people’s views. Say something like: “Let’s Look At Boardgame Playthroughs Again.”

If you don’t want to start a discussion about an issue, but you have your own opinion on why something doesn’t work, at least why it doesn’t work for you, then come up with better options and offer suggestions. It’s always easy to criticise and call something “terrible” or “awful”. It’s a lot harder to suggest how something could be done better, even with the benefit of hindsight sometimes.

So if you think you know how things could be improved, then your headline could read: “My Suggestions To Make Boardgame Playthroughs Better.” Now it’s up to you to say what doesn’t work and why, but not only that, you also have to explain how it can be improved. That would be really useful to people.

In fact, I do often think that articles, podcasts or videos that help us improve in some area and that offer useful suggestions and tips, will get more views and clicks than the clickbait titles that we see so often – even the controversial ones.

Courting with controversy with the goal of getting lots of clicks is a terrible approach and not something I condone. In fact, I suggest you vote with your feet and unfollow, unsubscribe or otherwise stop giving those click baiters your support. I stopped clicking on the “You won’t believe your eyes” links and I unfollow those who use sensationalist headlines to get more views. We need to make this world a better place and stop giving those people our valuable time who just create more hate and division.