It’s been a question that I’ve tried to tackle a few times before and that has been ongoing in board game circles for decades (probably): whether food and drinks should be allowed at the board game table. There are many different opinions and they range from wanting to keep everything pristine to only caring about having fun with friends. Everyone will have to decide for themselves, but in this article, I want to look at a number of possible approaches. (This article was inspired by a discussion on my Discord.) 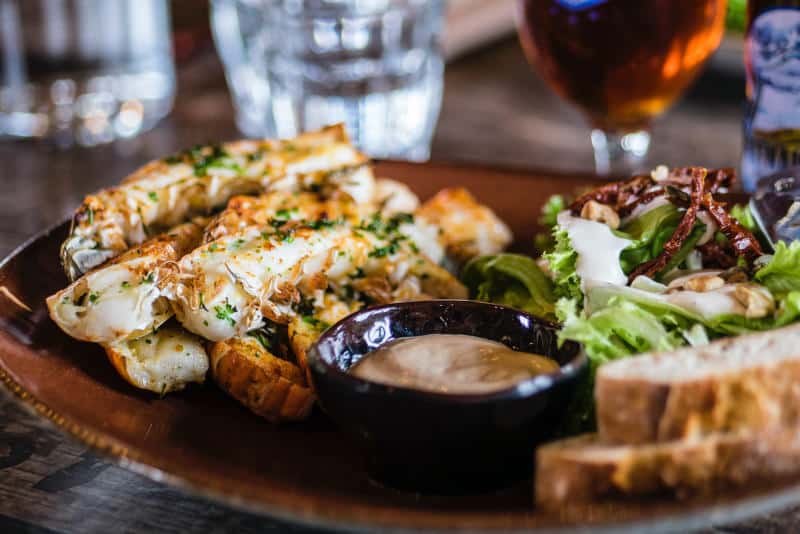 (Photo by Davide Cantelli on Unsplash)

So let’s start at one end, where someone always wants their games to remain pristine. They probably sleeve all the cards, maybe have special inserts to keep everything safe and cushioned and they generally value their games a lot. It’s not surprising, given the cost of some games these days, so keeping it in perfect condition means you can possibly sell it later on, maybe even at a profit.

In those situations, chances are that having drinks or any kind of food at the table is going to be limited. Sure, the cards are sleeved, but even the sleeves need to remain clean and neat, so they don’t leave stains when they’re put back in the box.

It might sound extreme, but I do understand the reasons. If you spend a lot of money on a game, or even if it’s not a lot of money, but it’s a lot for the person, then you probably want to ensure you get the most out of it. You want to extend the lifetime of the game and keeping it pristine aims to achieve that. Maybe you need to be able to sell one game to be able to afford the next.

However, not allowing any drinks or food at the board game table can be off-putting. It may seem anti-social and make others feel they’re not worthy, even though that’s not the intention of course.

So, as a compromise, it might be a good idea to eat and drink before or after the game – or maybe between games. That way people can talk and socialise, while they have their favourite food, that can be as sticky as they like. Having a break is also a good idea anyway, if the game you’re playing requires a lot of focus and isn’t conducive to conversation.

At the other end of the spectrum, you have people who don’t care about their games one bit and only value the social element of playing board games. They don’t mind if you have sticky finger food while you play. They don’t mind if you spill your soft drink over the table. As long as nobody is intentionally trying to leave as much mess as possible, they accept that accidents happen and don’t mind the odd stain on a game board or some sticky cards.

They want people to have fun and will have a selection of drinks and food at the board game table for people to help themselves to. It’s about being a good host who makes everyone feel comfortable and at home. Drinks and food are just as important as a good board game, as long as everyone happily talks and has fun.

After all, most people will be careful and not intentionally wipe their dirty fingers all over their deck of cards or tip their glass of sugary soda over the fancy game board. So chances are that everything will pass without much of a problem and if there is a little spillage, than that’s fine and not much of an issue. Wipe it off and carry on.

To be honest though, I think many of us are somewhere in between. We probably don’t mind if people have a drink at the table – as long as they’re sensible and don’t hold their drink over the game board or wave their glass about to point out their strategy. We’re probably happy with snacks at the table, as long as people quickly wipe their fingers on a napkin before they take their turn or pick up their hand of cards.

After all, food and drink oils the conversation and makes people feel content and comfortable. I think most of us want to have fun with friends or family when we play games together. We want everyone to enjoy themselves. The odd accident here and there isn’t a major issue, but maybe let’s just remove the stickiest food from the equation and just ask everyone to be sensible. That way we can have fun and enjoy the game as well.

Chances are, the people we play with regularly do know what we expect and will respect our choices – just as we will do our best to be a great host. So when it comes to regular games evenings, your group will have sorted itself out over time and everyone will behave accordingly.

So how do you deal with food and drinks at the table? Do you have rules at your house or in your group? How precious are you about your games? Are some games more valuable to you than others? Please share your thoughts in the comments below. I’d love to hear from you.