I think we can all agree that 2020 has been an “odd” year. It all started so well, with lots of promise, but then deteriorated into a right mess. In this article, I want to look back at the year that’s nearly gone and talk about the ups, the downs and everything in between. 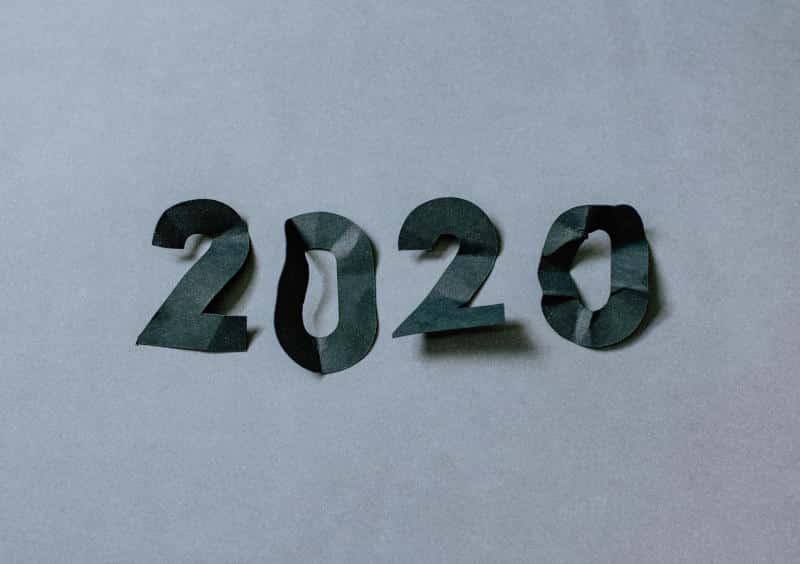 (Photo by Kelly Sikkema on Unsplash)

Before I launch into it though, I would like to thank everyone who supported me this year:

All of your support is especially meaningful during these tough times, where nothing is certain and things are much more difficult for pretty much everyone.

So, thank you again to ALL OF YOU!

Let’s start with some statistics. During 2020, I published 54 “Topic Discussion” articles, 51 game reviews, 12 episodes of the “Let me illustrate” podcast series and 33 unboxing videos. I had over 10,000 visitors to the blog and over 7,000 video views. I spent over 400 hours writing, editing, recording and otherwise working on all of my content. I also worked on 12 episodes of the Tabletop Inquisition podcast, together with my co-host Antoinette, which adds another 50 hours or so to the total. 450 hours a year equate to an average of nearly one and a half hours every day of the year, including weekends and holidays.

Those feel like impressive stats to me, but it’s all very much worth it, given the wonderful support I have received from you all, and given the lovely people I have met and got to know along the way. It’s been hard work, but also a lot of fun.

So, after all of these hard stats, let’s look at the year that was. It all started really well. There was a lot of hope, lots of ideas, lots of potential. I had great plans to meet publishers and introduce myself to them in person at the various conventions in the UK and, of course, Essen Spiel in Germany. I had written an article to appear in the UK Games Expo show catalogue and Antoinette and I were going to have a live episode of our podcast during the event. Yet, as we know, it all turned out differently.

The last convention I attended this year was AireCon up in Harrogate. I think it was probably the last UK board game event this year as well. I had thought long and hard about whether or not to go, and I know a lot of people who decided it just wasn’t the right thing for them to do, so it was a tough decision to make. However, at the time, the government had not published any advice about not travelling and conventions were still allowed. So I went.

The event itself was amazing and I was able to meet a lot of people, play quite a few games and generally have a really lovely time. Yet, it all felt a bit weird. I made sure I always asked if people were happy to shake hands or would prefer not to. So there was a mix of elbow-pumps, handshakes and no contact at all. Despite all that, I think the atmosphere was great and I feel that exhibitors and visitors got a lot out of it and it’s an event I do want to attend again, whenever that is possible, despite it being a very long journey for me.

After AireCon, things changed quickly and it became clear that no further events would take place. Nobody wanted to publicly announce anything until the last minute, mainly due to contract clauses, but all of the big exhibitions did reschedule and offered an online experience instead. Additionally, publishers launched their own online events as well, which created an interesting mix of publisher focussed and more general “gatherings”.

For me, attending a digital event proved more difficult, because I was at home. Going away for a few days to attend a physical exhibition creates a clear separation between work and home, which allows you to focus fully on seeing exhibitors, talking to friends and playing games. Also, there was no way of randomly walking the halls and accidentally coming across an interesting game. An exhibitor list, whether in print or on a website, just doesn’t provide for these chance encounters.

However, publishers’ digital events do work, because there is a much smaller selection of games to look at and you’re more likely to be able to talk to the people you want to talk to. So for me, these do work, or at least work better than the larger exhibitions.

Of course, digital conventions were great for people to attend who otherwise would not be able to, and I do hope that there will always be a virtual version of exhibitions to give people the opportunity to take part, even when physical conventions are possible again.

The other effect of the global pandemic was that pretty much every game was released with a solo mode, as well as two-player versions of course. In fact, it does seem like there were more solo-only games released this year, but I might be wrong and I’m not much of a solo-player myself, so it’s just a feeling.

Speaking of solo games, I have started playing solo myself now and even though I don’t think they’ll ever be my mainstay, I have certainly enjoyed playing them and will probably continue to play them in the future.

2020 also had various challenges outside of our hobby, of course. I say “outside of our hobby”, but we don’t live in some sort of bubble. What happens in the wider world does, and should, reach our community and be addressed there.

So it was great to see the positive momentum the Black Lives Matter movement gathered this year and that it found support in the board game industry, even if there was some resistance and even rejection. It has been a long road up to now and the journey is by no means over, but hopefully, there is much more awareness and willingness to change things, in our hobby at least.

I also think that the wider issue of representation and diversity has been highlighted by this movement and I have seen a large amount of genuine effort to improve it. I hope this will continue and we will keep moving forward.

It does feel like it’s been a long year, for so many different reasons. It’s been tough for many of us, but I must say, overall I have focussed on every positive moment and I feel quite upbeat about the future. Whatever may happen in 2021, I know there are a lot of wonderful people in our community. So let’s focus on the positives and hope that we can all meet again in person very soon.