As you can probably tell from my review of The Crew, I love trick-taking games. I grew up with them. I learned to shuffle cards when I was about six and started to play Skat with my family when I was about eight. In secondary school, I learned Doppelkopf. I didn’t play them for many years after I left school and it was only when I played Vivaldi at Gaming Rules‘ evening during last year’s Essen Spiel Messe that I rediscovered the genre. So I wanted to talk more about my fascination with these games. 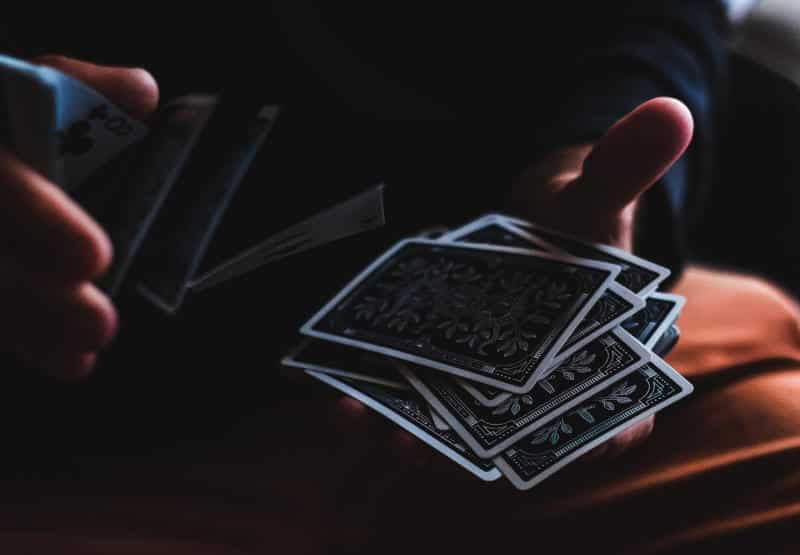 (Photo by Sergi Viladesau on Unsplash)

These are all very traditional, classic card games, that have been around for centuries and are often played slightly differently, depending on the region or country they’re played in. They are all competitive at heart, even though many are played in teams, giving them a co-operative flair, where either one person plays against the rest, or the teams have the same number of players.

All trick-taking games have some common terms. Suits and trumps feature in pretty much every trick-taking game. These terms are important and need to be understood, before you can play these games. In particular, the concept of “following suit” is important. It is this that means all players have to be honest, because everyone’s hands are private, so nobody will know if you did actually follow suit or not – until you play a card of that suit later in the game.

For the same reason, you do have to be attentive to what everyone plays. There is a certain amount of card counting going on in everyone’s heads. You don’t necessarily need to know all the cards that were played, but knowing if others have cards of a suit and if they have any trump cards left are the sort of things you do need to keep in your head to play well.

As a result, trick-taking games have a language that’s unique to them. Every card you play can convey information to the other players. In fact, every card you play should convey information to your teammate, but ideally no information, or as little as possible, to the opponent. Whether you take a trick, that your partner already has in the bag, or whether you play a card to offer up to be taken, it all has meaning and the response of the other players will give you more clues as to what cards they have or haven’t got.

Even when you take a card from your hand, then hesitate, put it back and play a different card can give the other players a lot of information. In fact, any sort of hesitation is full of meaning, just as much as when you play your card very quickly, without thinking.

Now, what I haven’t mentioned is that verbal communication isn’t really allowed in most trick-taking games, even though it’s very common to hear players happily announce when they take a trick or give their teammate a lot of points or challenge the opponents to take a trick. There is a lot of taunting and bluffing. Yet, announcing which cards you have, if you want the next trick or anything that directly reveals anything about your hand is strictly forbidden.

Bridge is famously strict. In tournaments, there is only so much you can and can’t do, because long-term partners have found ways to signal information to each other in very subtle ways. Of course, if you play Bridge for fun, the rules are more relaxed, but it is amazing to think how important table talk is in trick-taking games.

Trick-taking games aren’t this old-fashioned genre of games though. Vivaldi is a relatively recent revamp of the traditional Briscola Chiamata for example, and of course, The Crew is a new take on trick-taking games and the first version that creates a fully co-operative experience.

So it seems that trick-taking games are here to stay. They’ve been around long enough and are still very popular and with new entries coming into the genre, I should be kept busy for some time to come.