If you don’t have much room for games in your house, like me, then small box games are ideal. Of course, what one person considers a small box might be a medium-sized box for someone else, but I will go with what I consider small boxes, which is really small, and list five great small box games that will cover a wide range of tastes and experiences. They’re listed in alphabetical order, so there is no favouritism here. 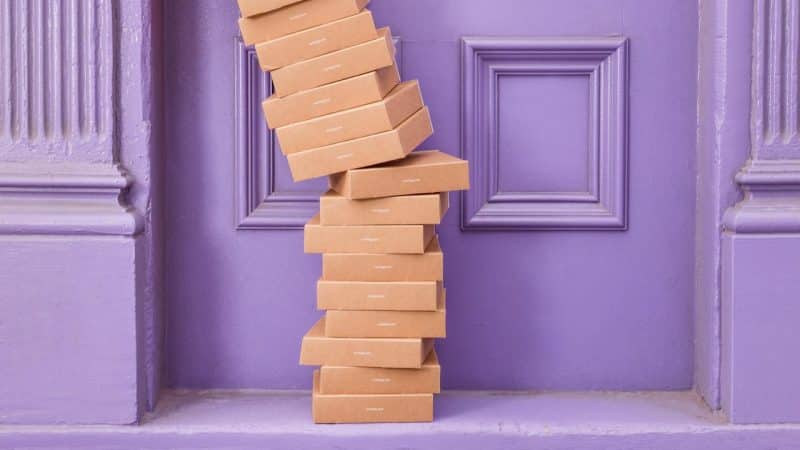 (Photo by Curology on Unsplash)

Nathan Meunier suddenly burst onto the board game scene out of nowhere and made an immediate hit with his first release, which he self-published. The Blessed Dark made its debut on Kickstarter and even though it took a little while, it funded – and was a great success for Nathan who went on to release more games that way.

The Blessed Dark‘s theme has captured people’s imagination, I think. A friend of mine felt so strongly about getting a copy, that he had it shipped to a friend in the US, asking him to forward it to the UK. My friend has since gone on to back another game by Nathan, who has been able to ship his latest releases to the UK directly, opening up his reach further.

There is also a good amount of player interaction, allowing you to affect other players’ card tableaus to benefit yourself, while allowing those people to protect themselves from your attacks as well.

I mentioned blood tokens. These are wonderfully red, plastic cubes, which will remind you of Pandemic. Players are cultists, who collect blood for their spells, hoping to raise the Ancient One and becoming the favourite. The theme is dark, which the illustrations beautifully emphasize, but it’s not too gruesome.

The components are really high quality and yes, this is a mint tin game, which is the perfect form factor for a small box game. It’s such a nice feeling to be able to carry this game in your pocket and have it with you at all times – even though there may be little opportunity at the moment.
I think this game is a great gateway game to what’s basically dice placement. I’d say, read my review to find out more, but if you like medium weight dice placement games, then The Blessed Dark will be for you.

It’s the only game in this line-up that doesn’t come in a tin, but it’s definitely a small box. Deep Sea Adventure by Oink Games is a push-your-luck game with a twist. Rather than just pushing your own luck, your decisions affect all players. You roll two three-sided dice – well, they’re actually six-sided, but the numbers go from one to three, with each number appearing twice – and move down a line of treasure. The further you go, the more valuable the treasure becomes.

You have to decide whether you want to push further to get to the most precious treasure or prefer to pick up less valuable treasure, but stay closer to the submarine you all start from. The problem is, the more treasure you and other players pick up, the faster the shared oxygen tank runs out of air – and if there is no air left, you die, unless you’ve made it back to safety in time.

It’s a game that is really easy to teach and learn and really quick to play too. Yet, what makes it interesting is how everyone decides to play. Some will decide to head for the valuable treasure, but if others go for a lot of small treasure instead, the oxygen just won’t last. You simply can’t make it all the way, if other players are greedy. So you have to try and gauge what the other players will do, so you can decide how you will proceed.

It’s a huge amount of fun and chances are that you all die in your first game. After that, everyone will adjust their strategy, which will create new challenges, to which everyone will adapt again, changing the gameplay further. It’s really great to see how different players go about getting the most points, and every game is different from play to play and from player group to player group.

Check out my fresh review of the game and then get yourself a copy. It’s really cheap to buy, comes in a small box, doesn’t need a huge amount of table space and is just a lot of fun. Ideal for people who are new to the hobby, want a little bit of luck, but also control their and everyone else’s destinies.

Here is a two-player only mint tin game, which straight away limits who you can play the game with. However, this standard-sized tin by One Free Elephant holds a lot of gameplay – nearly an hours’ worth. That’s amazing in itself. There are also a lot of components in the game, many of them tiny, but the tin is literally filled to the brim. That’s also amazing.

In Microbrew you’re playing the role of an artisan brewery, trying to make the best beer. It’s basically a worker placement game, but the real interesting part in the game is the mash tun. It’s a mix of different ingredients that you need to manipulate so that they’re all in the correct order to brew the perfect beer that your customers want – and that will make them loyal customers who come back for more.

It’s a relatively complex game, so aimed at more experienced board game enthusiasts, but that’s what makes it so much fun. You can really sink your teeth into this game, trying to solve the puzzle of the mash tun, which changes throughout the game and creates the variety that makes this game so very replayable.

It doesn’t need a lot of table space, but is probably best played at home. It wouldn’t quite work in a restaurant, but it might be all right in a pub, which would also be very thematic of course. Yet, for now we’ll have to be satisfied with playing this game at home of course.

Check out my review of Microbrew to find out more, but I do really recommend it for players who want a slightly beefier game experience.

Let me start by saying that all games in the Mint Tin series by subQuark are great fun and it always amazes me how much fun you can find in a tiny mint tin. It also amazes me how much love and attention Kate and David put into each and every one of their games. Here is a wonderful design duo who are also a small publisher and who source all materials as locally and sustainably as possible, add a personal touch to every copy of their games with manually embossing the tins and adding stickers by hand, as well as signing the tins, again, by hand, then assemble everything and ship each order from their home. If you buy a game from subQuark, you know your money goes to a wonderful couple of people.

Anyway, let’s get to the game itself. The reason why I chose Mint Tin Mini Skulduggery out of the publisher’s catalogue is that for me, it’s the most fun and the easiest to teach and learn. You also got a huge amount of components in this tiny mint tin: 16 white stone skulls, 8 black stone skulls, 4 crystal skulls, 1 custom metal coin and 3 six-sided mini dice. The tin is full to the brim.

The game itself is all about rolling your dice well, which means there is a huge amount of luck involved. That makes the game great for a wide range of people, as there is really no need for strategic thinking or planning. You just roll your dice, collect your skulls and hope to get 15 skulls exactly to win. There are a few additional things to consider, but the rules are really simple and easy to learn, making the game even more suitable for more people.

The tin is also tiny, the game itself needs little room on the table and it doesn’t take long to play, so Mint Tin Mini Skulduggery can easily be played in virtually any situation. It is a lot of fun as everyone hopes that your dice roll doesn’t go well. I really recommend you try this game yourself – or check out my review of it on the blog.

The guys at Five24 Labs are known for their more strategic series of mint tin games. I think Mint Works is probably their most famous, but there are many more in the line-up and more are being released on Kickstarter at the moment. In fact, their games are so popular that Mint Works was unavailable for a long time until it was finally reprinted.

If you like worker placement games, then Mint Works is definitely for you. It’s also a great introduction to the mechanism and easy enough to teach to someone who is not familiar with modern board games. After all, there are only so many options on your turn that it’s rarely overwhelming and often it’s really clear what you have to do, making your decision really easy. Yet, there is enough strategy there to keep the more experienced board game enthusiast happy too.

The component quality of all of Five24 Labs’ games is great. Mint Works comes with a deck of cards that fit perfectly into the standard sized mint tin and a huge batch of wooden mints, which are basically the currency in the game, as well as a first player marker. It doesn’t sound like much, but it creates a huge amount of gameplay and variety to keep you playing the game many times. It does require a fair bit of table space though, so is probably best suited for playing at home.

So if you want something a little more strategic, but not too heavy, then Mint Works is for you. Check out my review for more details.