The list of tasks a game designer has open at any one point in time can be very long and it is constantly evolving. Designing a game is a long journey, even for the simplest of games. It can be a battle between what’s good for the game and what the game designer wants the game to be. It comes with a lot of changes, some of them very painful, some of them creating the long-needed breakthrough that breaks an impasse. Elements get added, others get taken out until eventually, the final product bears little resemblance to the notes that were scribbled on a piece of paper when the designer had an initial idea. 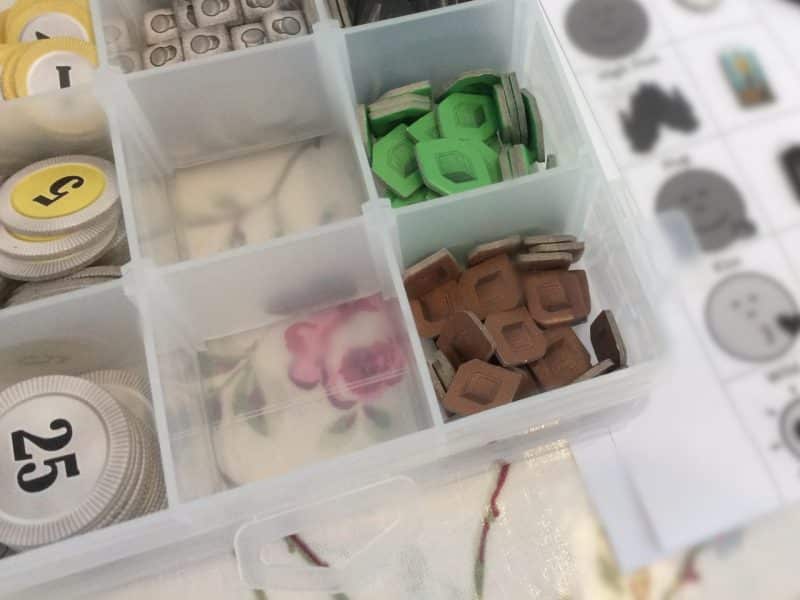 I’m not a game designer myself, but I have helped with playtesting and followed a handful of designers’ progress and processes for at least some of the time. So my knowledge of game design is limited, but I want to share what I am aware of, in the hope that you get a better insight into the amount of work that goes into a game that you will hopefully play one day.
As I said, it all starts with an idea. Designers tend to try and get inspiration from many different sources, including reading a lot of books, watching films and TV, as well as playing published games or playtesting other designers’ games. They will pick up on a theme, a setting or maybe a mechanism that sparks the first thoughts, that will eventually become the germ of a new game.

Designers usually have a large number of game ideas on the go at the same time, with notebooks or online documents brimming with different ideas at different stages of development. One or two of these ideas will be in active development, where the designer might have a couple of brainstorm sessions to flesh out some of the details of the game, depending on what stage it is at.

Most designers will want to prototype their game as quickly as possible and get it to the table in its raw form. They will either play it themselves or maybe even try it with trusted playtesters. The first few plays will be horrible, but they’ll lead to a lot of notes and ideas, some of which will be dismissed, while others will make their way into the next iteration of the prototype.

These early prototypes are often just scribbled notes on roughly cut paper, maybe some dice with handwritten stickers or a deck of cards with paste-ups, plus some standard tokens cannibalized out of other games. In fact, game designers often have a few boxes of prototype material ready to allow them to try their game idea for real with as little fuss as possible.

Once the prototype is at a stage where the game seems to flow and mostly work, it is time to get a wider audience to try it. Many designers attend regular playtest groups, where they present their game to other designers. That allows for very constructive and often very precise feedback, but it can also be a bit too frank for some. Yet, taking honest feedback is something that game designers have to be able to do. It is vital to take all comments on board, but not make it personal. It is always important to decide what’s best for the game, which can be difficult if designers start with an almost finished game in their head.

Accepting that other people don’t like your game is also important, as it will inform the design process. No game will ever be loved by everyone, but if hardly anyone gets on with a game, then it’s probably time to revisit the design and see if it can be fixed or if it’s time to start on the next idea.
After playtesting a game with other game designers, it will be important to get other people, the general public, to try the game too. Print-and-plays can be helpful here, making it easy for people to print out their own copy of the game and learn and try it for themselves. If a designer sends out a PnP version of their game to people who are interested in testing it and feeding back their comments, it creates a blind playtest session, where the designer isn’t around to teach the game or clarify rules questions. People who have no design experience of their own will probably find it harder to provide feedback, so if the designer provides a list of questions, the process will be much more productive.

Eventually, the game is ready to be released. If the designer has gone out and tried the game with a lot of people, some of the marketing for it will already have been done. Depending on the response and how the designer feels, it is possible and actually quite common these days that the designer publishes the game themselves.

If a designer self-publishes, they will have to source all artwork, research the production of the game and do all the marketing. They will have to field questions about the game and if the game is successful, handle shipping and deal with returns and complaints from customers. It is a lot of work, some of which can and probably should be outsourced, but it means the designer has full control.

The other option is to pitch the game to established publishers. It will be important to research each company to decide which of them will be the best match for the game. If a designer can find a company with games in their catalogue who are similar to the game they want to pitch, but not an exact match, then that’s a good indication. It could be a matter that the game has similar mechanisms to the games in a publisher’s catalogue or maybe a similar theme. The age range, number of players and level of complexity of a game will also play a factor.

However, going with a publisher also means that the designer doesn’t have to worry about production, marketing, shipping, customer service and many of the other details. They will have time to work on their next game and their next idea.

There is a lot more to this process of course, but I hope I have covered the main elements. If you’re a game designer, what would you want to add? What do you feel is the hardest part of the design process? Have you published a game yourself? If so, why and how did you find the process? What was the biggest challenge for you? Please share your experiences in the comments below. I’d love to hear more.