We all have heard of knock-off copies of designer bags or clothing, illegal copying of DVDs and CDs, as well as cheap versions of toys that are basically replicas of products sold by big brands. After all, there is good money to be had by the makers of these fakes, as well as a good chunk of money to be saved by people who buy the copies instead of the much more expensive originals. However, what is probably less well known is that modern board games have also become a target of unscrupulous people who want to make a quick buck. So, let me give you a couple of examples of games which were counterfeit in the last couple of years and the lessons we should take away. 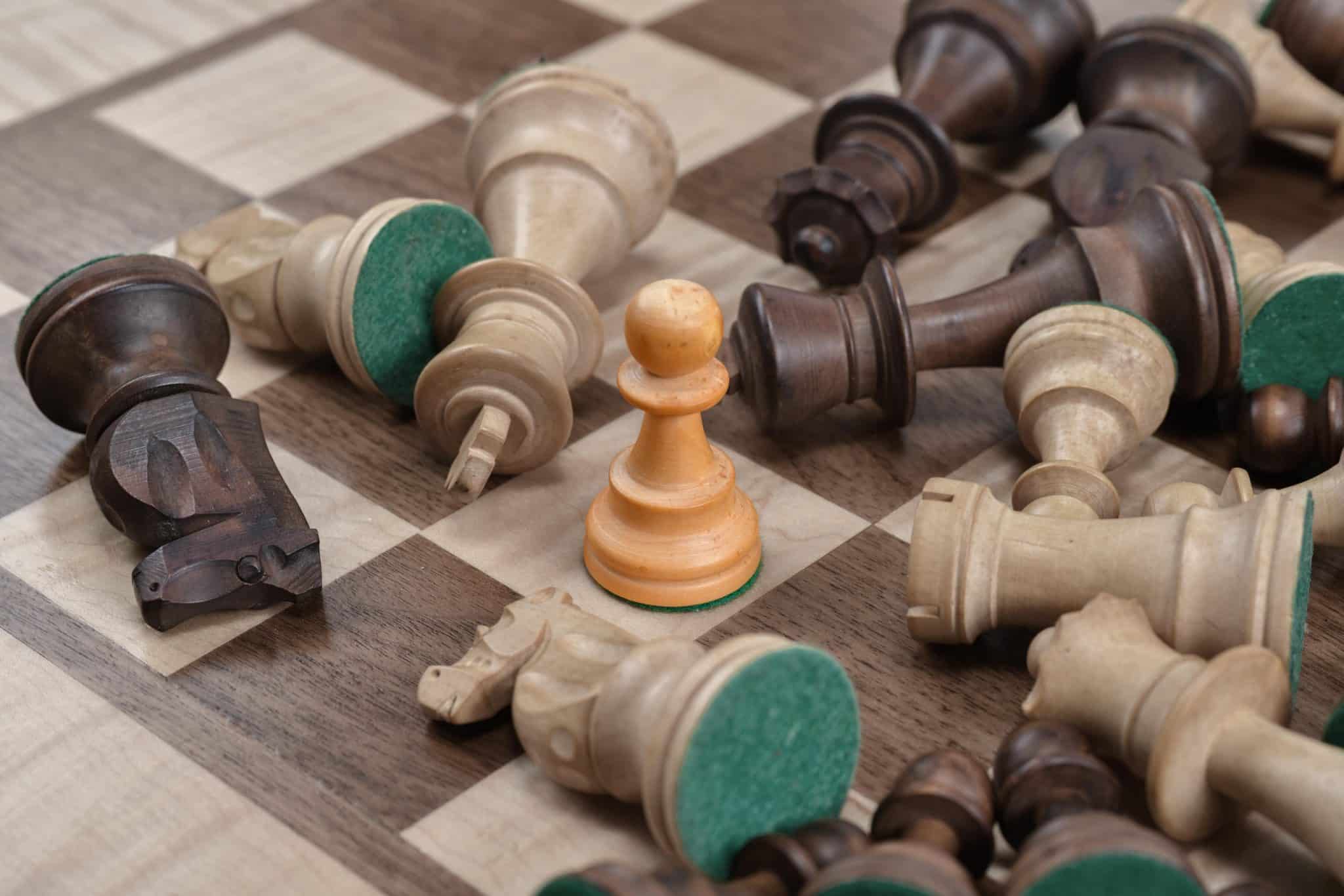 (Photo by Randy Fath on Unsplash)

In an article in February 2018, Gameosity wrote about how “counterfeit copies of Codenames have become an issue on reseller websites”. The Gameosity article and the official press release by CGE show how you can identify if you have a fake copy of the game or the original. I contacted CGE about the issue and Jana Mikulová kindly replied to say that “although it is obvious that this is a fake copy of Codenames, there is nothing we can do but ask the Chinese partner to try to control the market where fake copies occur most.” She goes on to say that “we [CGE] are most sorry for deceived customers who get a poor-quality product for their money without any support in case of missing pieces etc.”

Jana also says that CGE does all it can to warn everyone “about the risks of buying via portals such as eBay, Alibaba, and other similar huge [platforms].” The CGE press release says very much the same thing and also explains that “the majority of cases of counterfeit copies are from eBay sales.” CGE recommends that you “buy your games from a local or online game store.”

These sentiments are mirrored by Stephen Buonocore of Stronghold Games in episode 131 of the Board Games Insider podcast (at 23:41), where he says: “Buy games from reputable retailers. Do not buy games, for instance, from eBay ever.” It is no surprise that Stephen feels so strongly about this, given that Terraforming Mars was also subject to being copied illegally, as illustrated in a Board Game Geek thread.

However, it isn’t just platforms like eBay, where you might expect individuals trying to sell you fake items, but even trusted sites like Amazon have had issues. In an article in their January 2018 issue, Tabletop Gaming magazine reports that “the majority of publishers we spoke to pointed the finger at Amazon‘s third-party Marketplace and ‘Fulfilled by Amazon‘ programme – where third-party stock is stored and sent out of Amazon warehouses – for allowing online stores to freely offer illegitimate copies of games, which are often misunderstood by buyers to be vouched for by the retail giant.”

There are other examples of counterfeit games of course. Pandemic by Z-Man Games was mentioned in a Board Game Geek thread, but there are many, many more. A lot of different publishers are affected by the issue and do what they can to warn potential customers and reduce the damage fakes can cause. After all, counterfeit copies are usually of poor quality and therefore they affect the game experience and tarnish the view that people have of a publisher or the hobby as a whole. Designers clearly also lose out on royalties for sold copies, and of course publishers lose revenue. Distributors suffer similarly.

The extent of the issue shows that our hobby has become mainstream enough to make it worthwhile for unscrupulous people to create counterfeit copies of popular games in order to profit from unsuspecting customers.
So the message is clear: if you buy from a large, trusted website, make sure who the actual seller is and if they can be trusted. However, you’re much better off supporting your friendly local games store, whose stock will have come from a reputable distributor or directly from the publisher. Alternatively buy from dedicated online board game stores – see my Useful Links page for those that I trust. We can all do our bit to help with this issue.