It is always nice to get some positive feedback for the work you do, so winning awards is even more satisfying, especially if you receive one of the many prestigious awards from the industry you work in. So far, the Tabletop Games Blog hasn’t won any awards, but in this article I am not fishing for praise, but I want to look at the many board game awards that are run every year and show how winning an award affects the popularity of a game, what costs may be attached with some awards and what the different awards try to achieve within the industry. 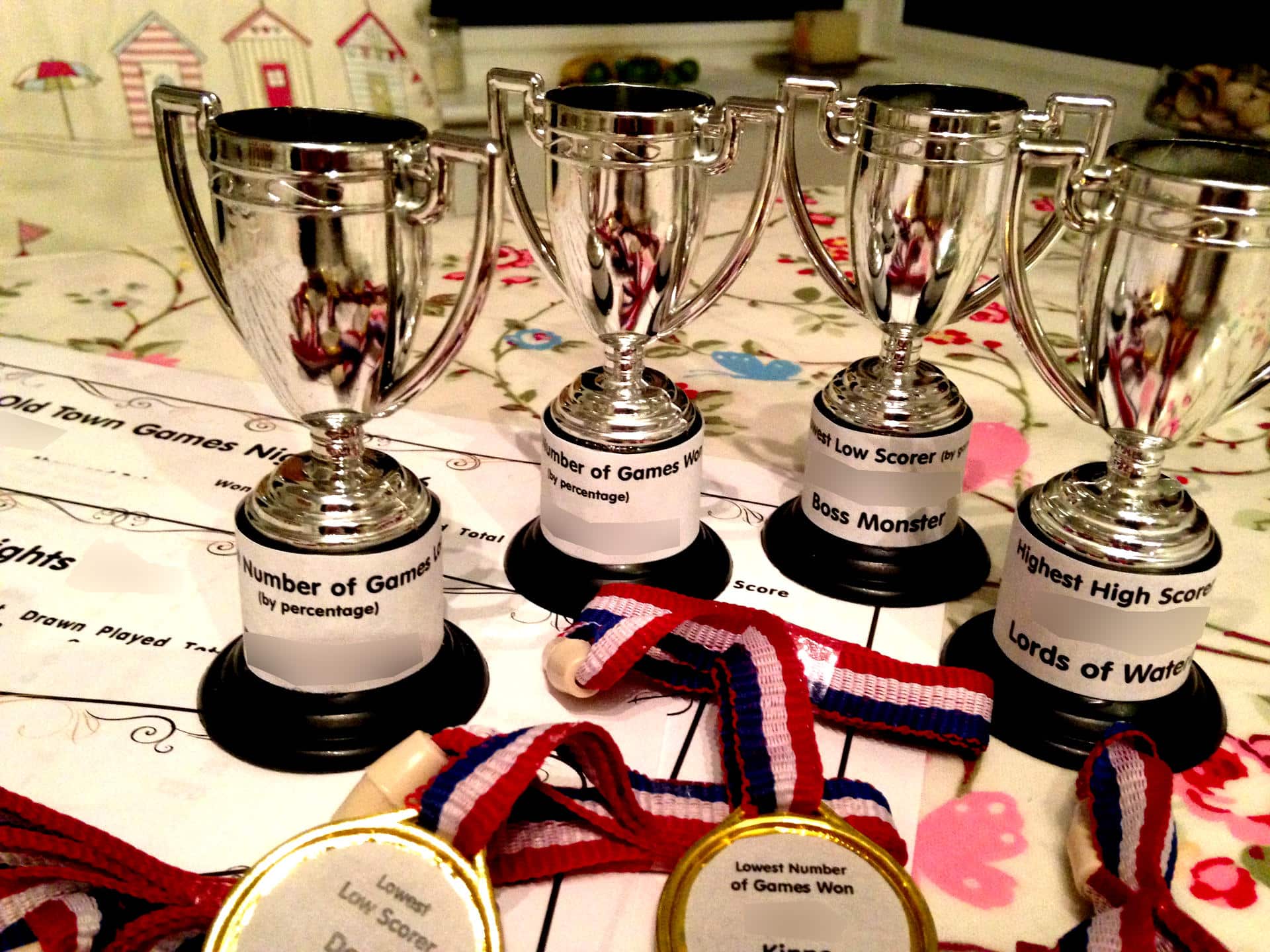 Let’s start with the elephant in the room – the Spiel des Jahres. It’s definitely an elephant in terms of impact on the popularity of a game that wins one of the three awards on offer. It is estimated that a Spiel des Jahres winner will sell an extra 3,000 to 5,000 copies in Germany alone, where the award is most influential, plus many more around the world. Incepted back in 1977, the organisation’s aim is to make playing games more popular, and it runs a number of initiatives as part of its work, such as offering new game designers financial support, so they can attend seminars to learn more about game design and consumer requirements for games.

There is also the initiative Spielend für Toleranz, which I support, and which is all about fairness, respect and equality not only at the game table, but in our world as a whole. It’s a big goal, but a worthwhile effort to support. Many bloggers, podcasters and other board game press people have already added their name to the list of supporters, which is great to see.

Staying in Germany, let’s look at the Deutscher Spiele Preis next, which I think is not very well known outside Germany itself. Where Spiel des Jahres is mainly aimed at games that can be played by the whole family, the Deutscher Spiele Preis is for heavier games. The winners are announced at the Essen Spiel exhibition each year and voting is open to anyone and everyone, which gives the prize a broader audience, even though originally the award was based on votes by game stores, magazines and clubs only. I can’t tell how big the impact of winning one of the awards is on sales, but it certainly is a big event within the Essen Spiel exhibition.

The two best-known awards in the United States are the Golden Geek Awards, which is run by Board Game Geek, and The Dice Tower Awards, run by The Dice Tower. I would argue that both awards are similarly popular and coveted by publishers. I was unable to find out anything about the goals of the awards, but the Golden Geek Awards is voted for by the Board Game Geek community, so it’s clearly open to any game that was released in the preceding year.

It is interesting to see that tabletop game awards are also run by organisations that otherwise have little to do with games. Mensa‘s Mind Games award is voted on by Mensa members and even though it’s technically open to any game released over the previous year, looking at the list of winners it is clear that heavier, more strategic and “thinky” games are favourites. The judging process consists of playing each game from start to finish, which ensures votes are based on actual gameplay experience, although I would argue that some games need to be played several times to properly appreciate them. Yet, this is still better than just asking for votes from anyone, without knowing if these people actually played the game they cast their vote on.

However, there is also, at least, one award that is tabletop game related, but not restricted to games only. The Diana Jones Award for Excellence in Gaming can be awarded to, and I quote, “the person, product, company, event, movement or any other thing that has, in the opinion of its committee, best demonstrated the quality of ‘excellence’ in the world of hobby-gaming in the previous year.” So it’s clearly much wider and more about recognising any work that is driving the industry in a positive direction.

So far I have only spoken about major awards, but of course there are many awards run by individuals or smaller groups, which may actually be more meaningful in some way. For example, if you trust the judgement of a reviewer, then you will probably like most of the games in their top 10 list. That means if a reviewer offers an award for a game, then you are probably very interested in that game at the very least, or you may actually already love that game and have it in the number 1 slot of your own top 10 list.

There is the Golden Elephant Award by Heavy Cardboard, which is given to, and I quote, “the most outstanding board game of the year, from the heavy-gamer perspective”. It is awarded by the Heavy Cardboard committee, who in turn will have consulted a number of the channel’s community to shortlist games for the award. However, the point is that if you’re a heavy gamer and you love the games shown on the Heavy Cardboard YouTube channel, then you will probably love the game that received the Golden Elephant Award. So this specialist award means a lot to the people in that community, and in fact probably means more to them than other awards. So it’s highly important to have more specialist awards as well.

Another thing that I think is worth mentioning, is the Top 10 Best Board Game Art list that Ross Connell of More Games Please collated. I know, this isn’t an award, but could easily have become one. Voting was open to everyone, but what I like about this list is that it recognises illustrators, who often get forgotten, even though their work is what we see when we open the box, read the rules and play the game. I hope this list is collated again for this year, as there has been a lot of great game art again.

Of course, there are many, many more awards that I didn’t mention, and it would be virtually impossible for me to do so. However, if you know of an award that you think deserves more recognition, please share it in the comments below. Also, please let me know your general thoughts on awards in our hobby. Are some awards overrated or maybe even a bit elitist? Which awards do you trust and see as a signal that a game is worth buying? Please join in the conversation. I would love to hear from you.

Music: Meant to be by Sachko