As the tabletop games industry grows and companies consolidate, lots of independent game designers and publishers, including self-publishers, enter the market space. You would think that these smaller players’ products are of a lower quality because their budgets are smaller, but instead many of these people create amazing games with beautiful components, often made themselves by hand – and I’m not talking just about the finished product, but also very high-quality prototypes. 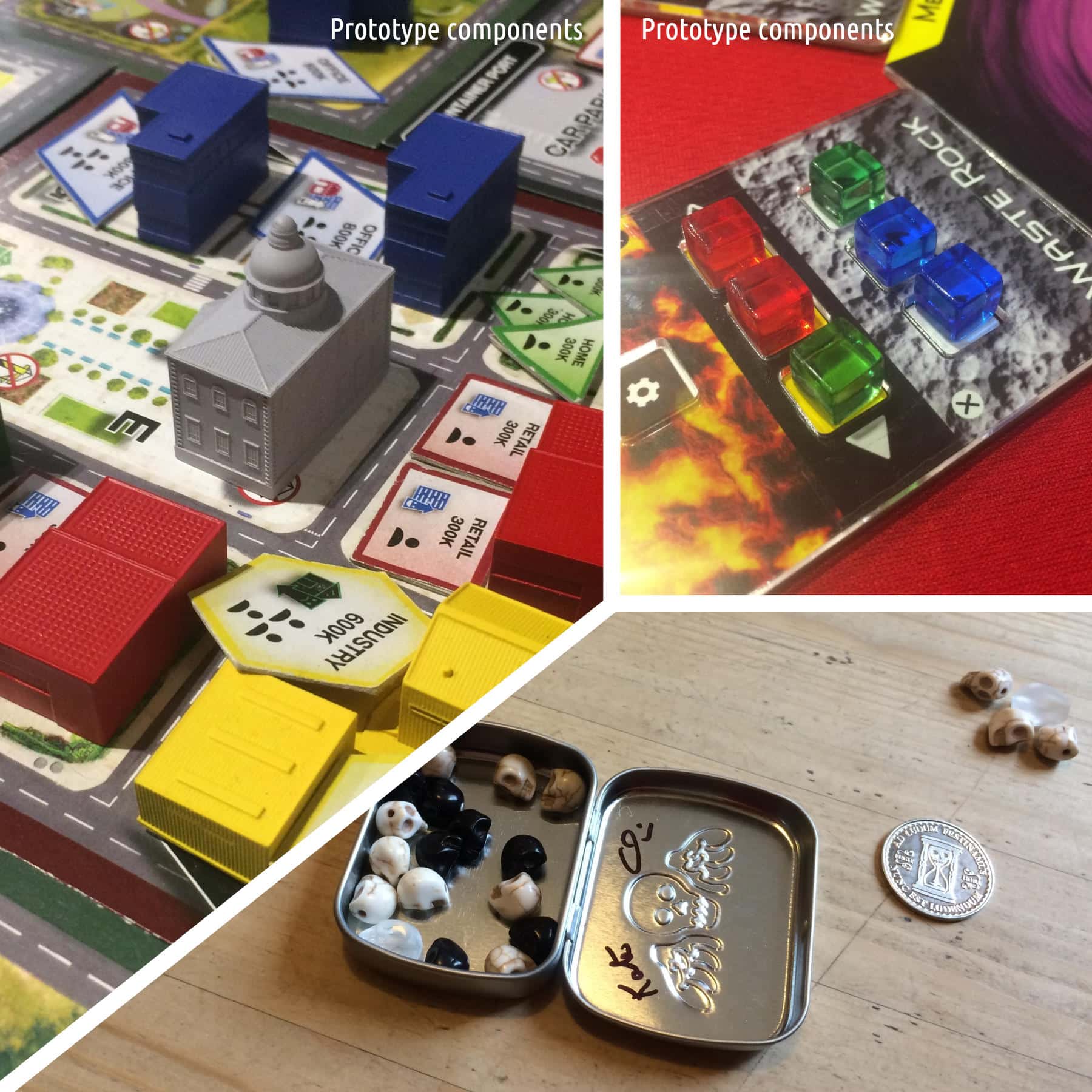 The rise of Kickstarter has helped the independent community to bring their games to market, using the site’s ever-growing audience and exposure to market themselves to a large group of people, while being able to relatively confidently gauge the appeal of their games to the wider market. Of course, bigger names in the industry have also taken advantage of Kickstarter, making it harder for independent game makers to compete – or so it seems.

However, I have found that more and more people love supporting the smaller names, because of the satisfaction you get from helping individuals make their dreams come true and following them through their journey – which was the appeal of Kickstarter when it first launched, and I think it still is to a fairly large degree.

Also, a lot of independently produced games get a lot more love and attention than some of the larger games receive. These are often handcrafted items, that are created in relatively small numbers, making the overall product so much more special and meaningful. Playing a game that you know was made by hand, where the components were individually put into the box, and where someone made several trips to their local post office to get the game to you, is a completely different experience.

My favourite example is subQuark‘s selection of mint tin games. Just watch one of the videos showing how each tin is embossed by hand, or where you can see how all the components were put into the tin by hand, and read the Kickstarter updates showing pictures of stacks of parcels ready to be taken to the post office for delivery, each one labelled by hand. You can only marvel at the time that has gone into getting this game from an idea to arriving as a final product at your doorstep. The dedication that people like Kate Becket and David Miller show to their games and to you as their customer, is absolutely mind-boggling.

However, it isn’t just the final product that gets this love and attention. I have now seen a number of prototypes that are absolutely stunning and it is clear that the final product will be absolutely stunning. When I saw the prototype for Circulari by Ruined Sky Games at UK Games Expo 2019, I was amazed. There were laser-cut overlays, shiny transparent plastic cubes as markers, a really clear layout of player boards which were printed with a mat finish and felt really nice, and even though the artwork wasn’t complete, it was already visually stunning. I can’t wait to see the final product.

Similarly, the prototype for Magnate: The First City by Naylor Games that I also saw at UK Games Expo 2019, was absolutely stunning. The 3D printed buildings felt wonderfully in your hand, the custom paper money felt luxurious and special, and the game and player boards were clearly laid out and beautifully printed. Add to that the dedication that the team showed re-spraying all buildings by hand before the exhibition, to make sure people had the best experience possible. Now translate that into the final product and you know you will get a very special product.

Independent games also often offer unusual and different gameplay and mechanisms. After all, it is important to stand out from the games produced by big names, and having something unique will do just that. I love the imagination shown and the game experience these independent games produce, which is of course enhanced by the knowledge that you have something special in your hands.

It is easy to be swept up by big-budget productions, but I think it’s really worth actively looking for the independent game designers and publishers who join the industry all the time. Once you found one, seriously consider supporting them, because we need fresh blood in the industry, and fresh ideas and concepts to keep our game experiences always new and different.

As always, it would be great to hear your thoughts. Have you ever supported an independent game designer or publisher? What was your experience? If you haven’t, was that a conscious decision or are you just not aware of these smaller names in our industry? Please use the comment form below to share your ideas and experiences.